Beginnings of Ballarat Corner of Sturt and Grenville Sts 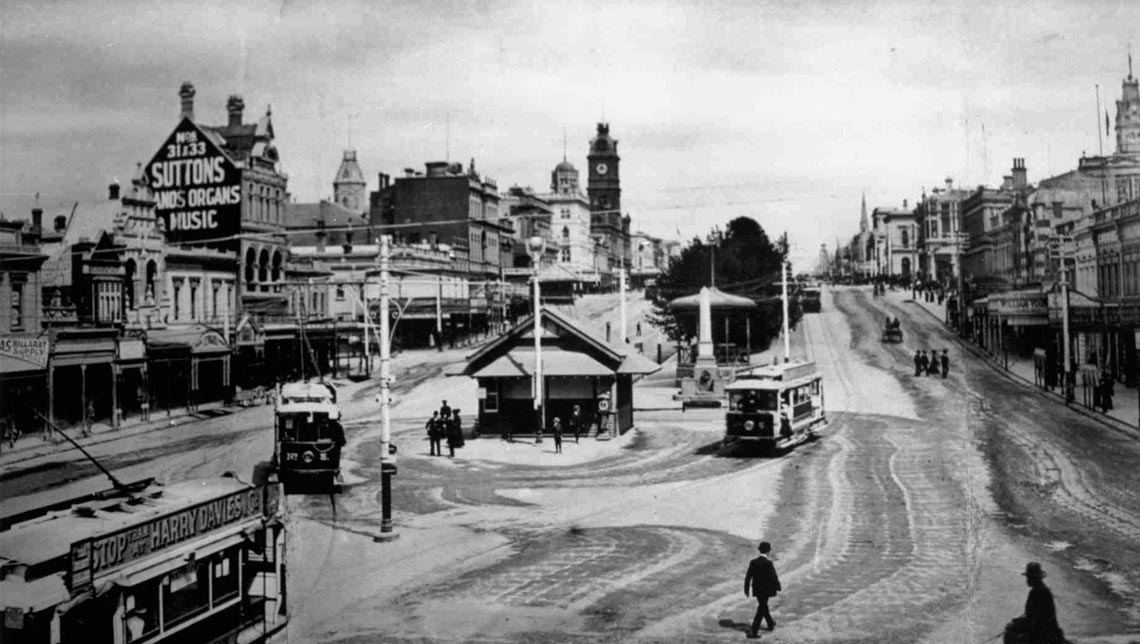 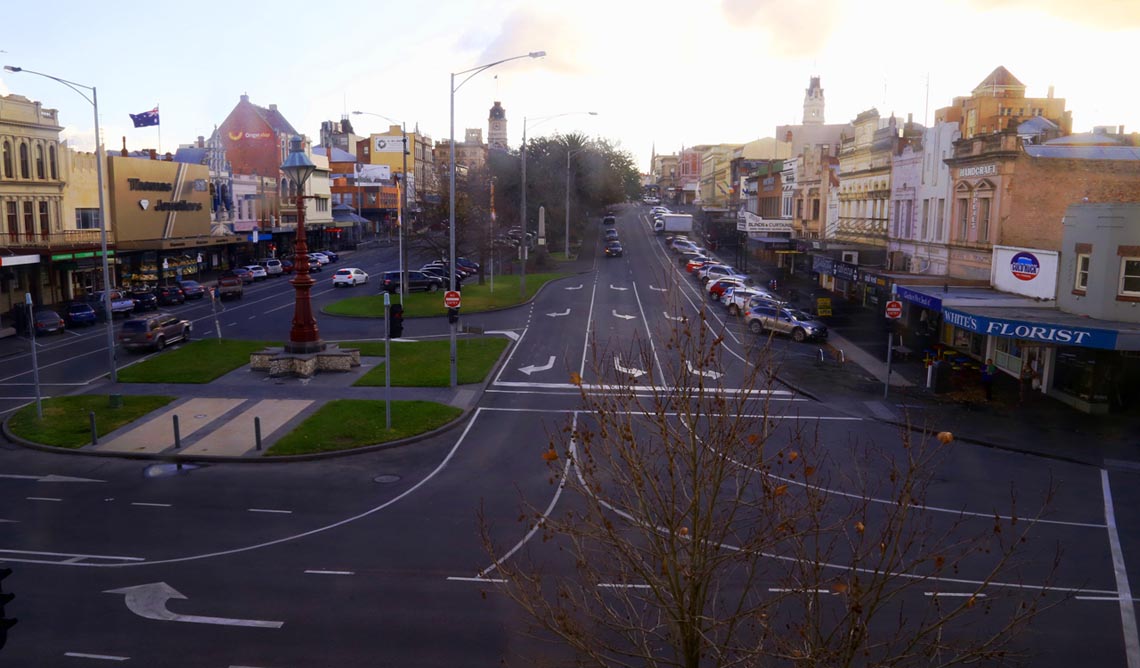 Instructions Drag the slider left or right to reveal what Sturt St looked like many decades ago.

Stand on this corner and watch as busy modern Ballarat streams down Sturt Street and around the corner onto Grenville Street; cars, buses, trucks, motorbikes pass you by, much the same way they have over the past 160 years. Before you start this journey through Ballarat's past, pause for a moment and imagine when there were no streets, no buildings, only a river which ran straight through here.

For an estimated 25,000 years the Boro Gundij clan lived here, one of the 25 clans speaking the Wathaurong language whose territory stretch from here west towards Trawalla, south into the Otways and Geelong, and east past Melton.

In 1837, a Scottish squatter named Archibald Yuille first coined the term 'Ballaarat' - joining two Wathaurong words 'Balla' and 'Arat' to mean 'resting place' - but this part of town has been far from restful in more than 175 years since...

The original Wathaurong name for the Yarrowee River was Yaramlok - it was the arrival of Scottish pastoralists who invoked the Yarrow River from their homeland which gave it its contemporary name today.

In 1851 the discovery of gold led to one of the biggest gold rushes in world history - thousands of people flocked here in search of gold within days of an announced find at Poverty Point, and the beginnings of intensive European settlement in this valley.

The mass arrival of people led to the very first major structure to be built here - a bridge crossing the Yarramlok/Yarrowee River - to which the Bridge Mall owes its name.

"Between Albert and Grenville Streets was a low lying flat through which flowed the Yarrowee, a shallow wide creek... in the creek in the middle of this swamp, the diggers came and panned off their wash dirt."

"A crude wooden bridge was erected over this swampy ground. The width of this bridge determined Bridge Street and from it came the name of this narrow street." Nathan Spielvogel 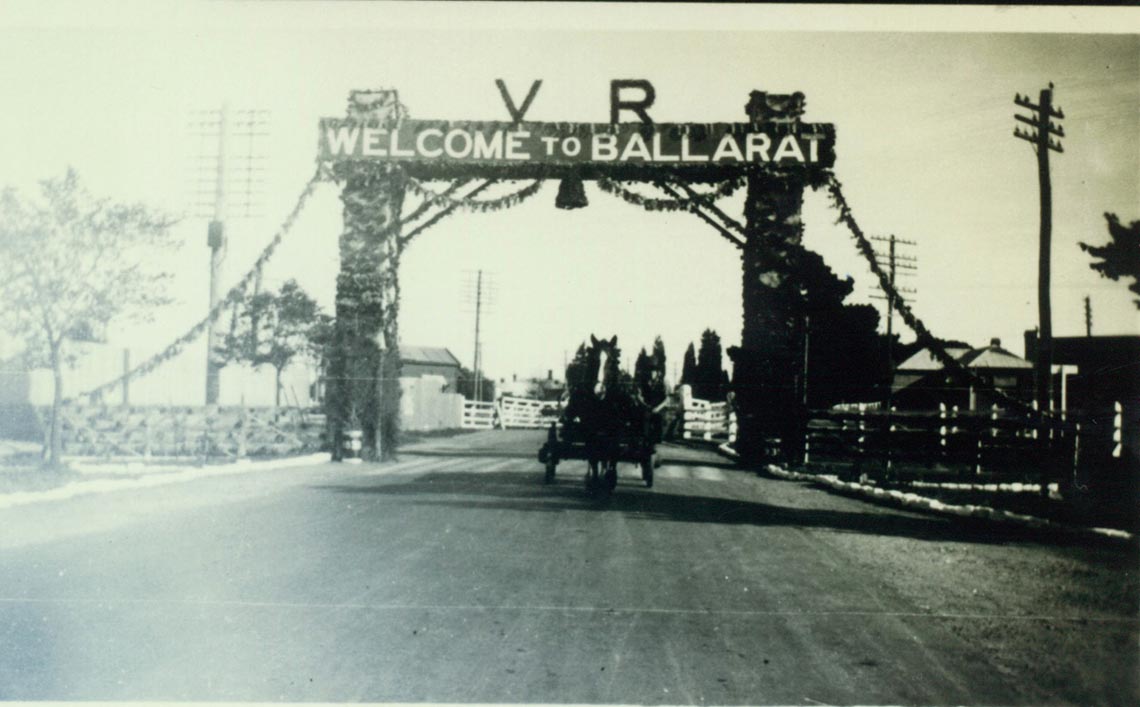 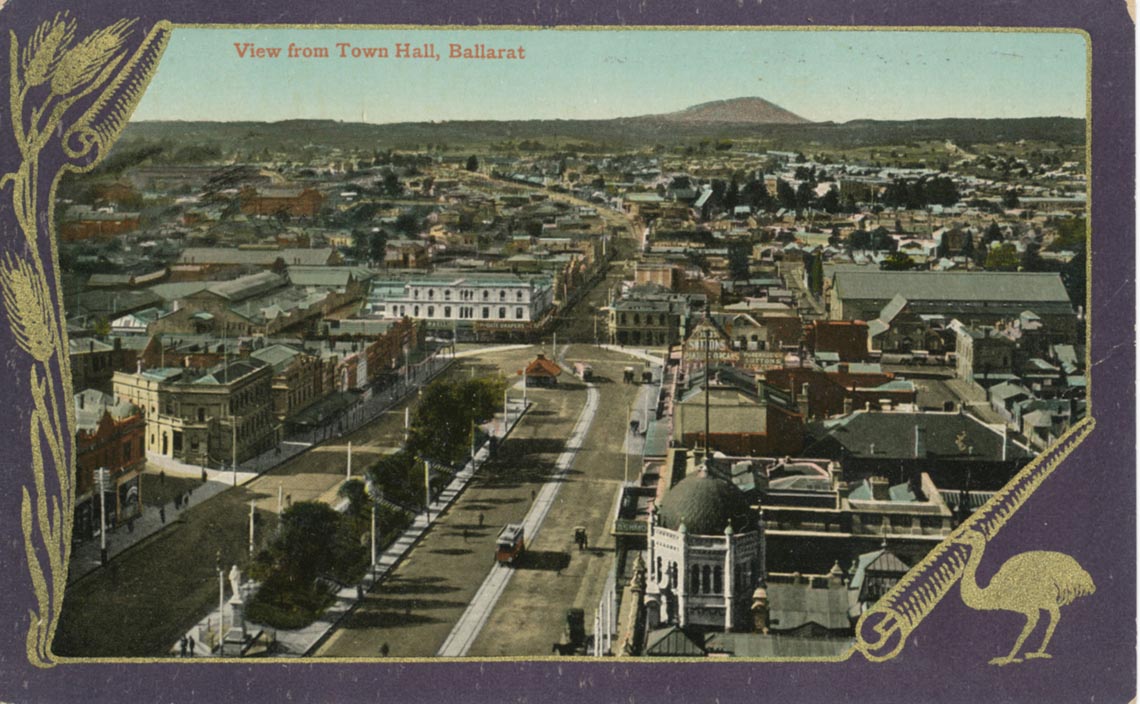 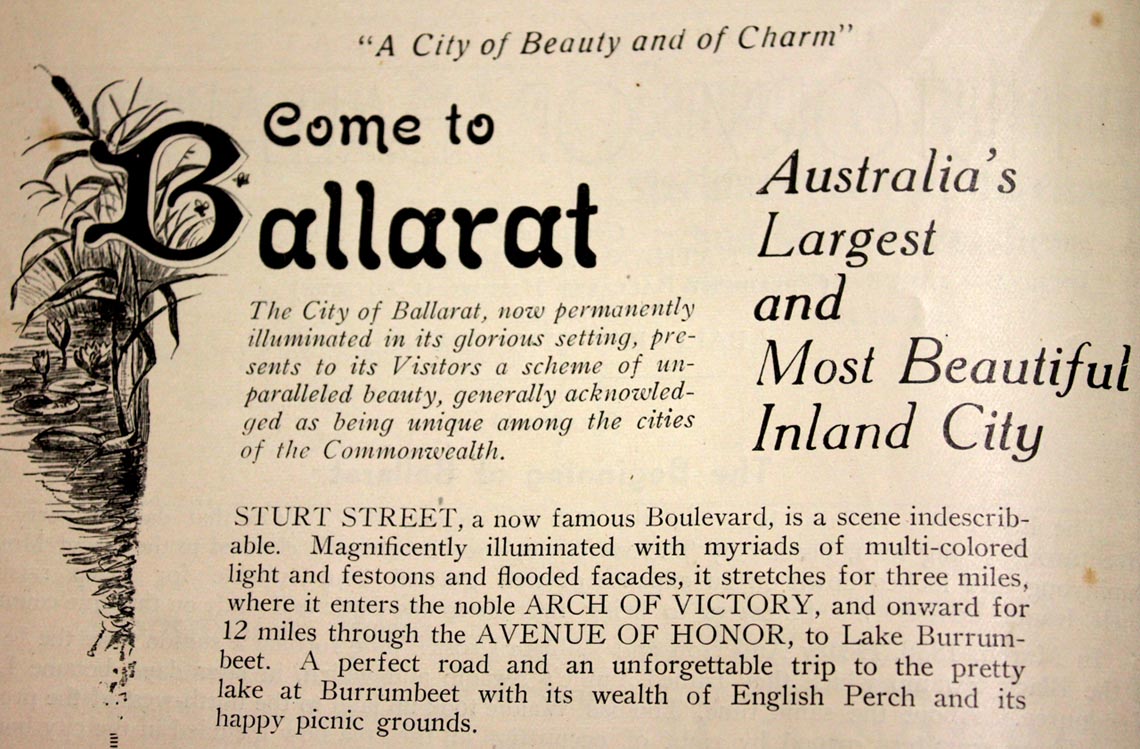 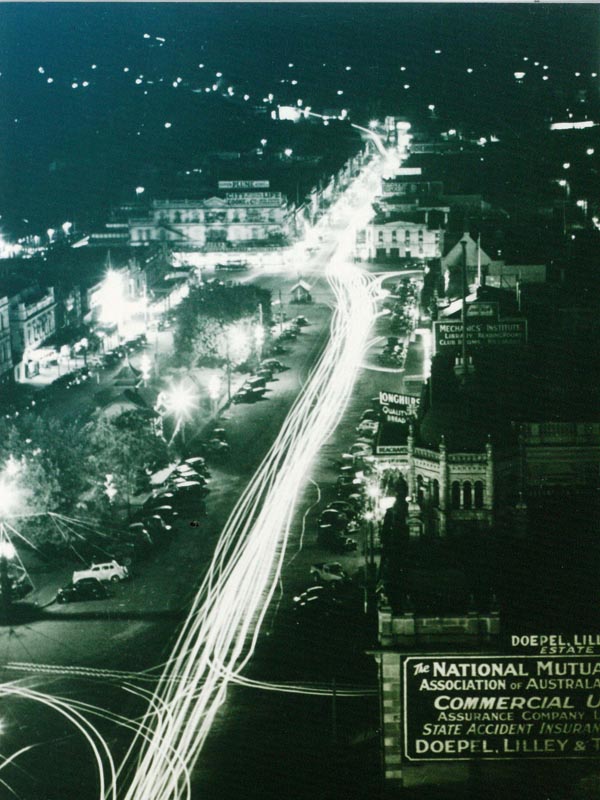 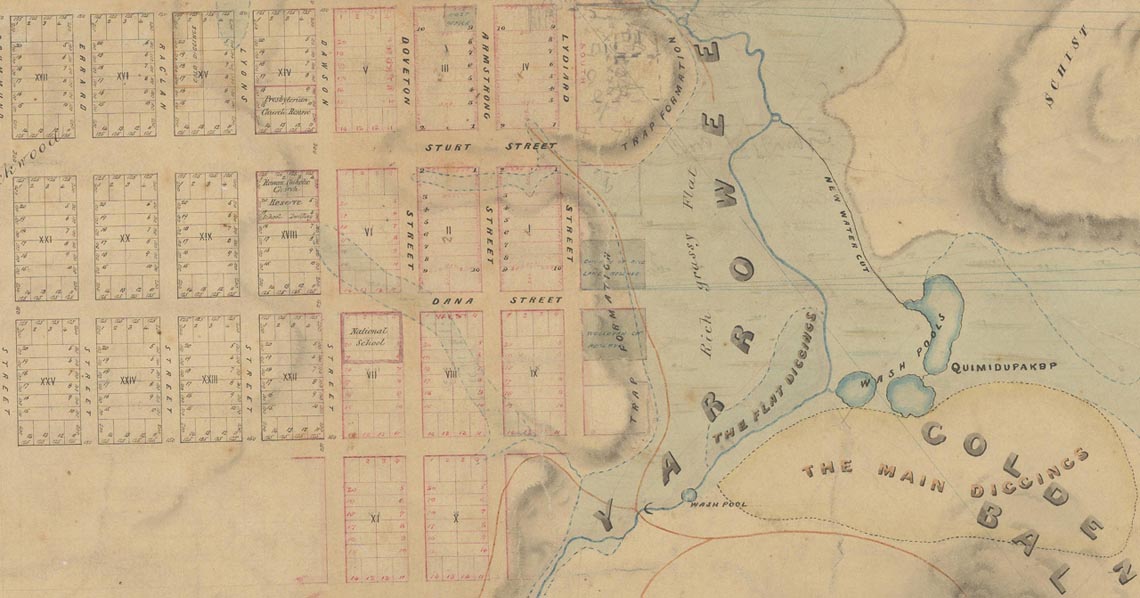