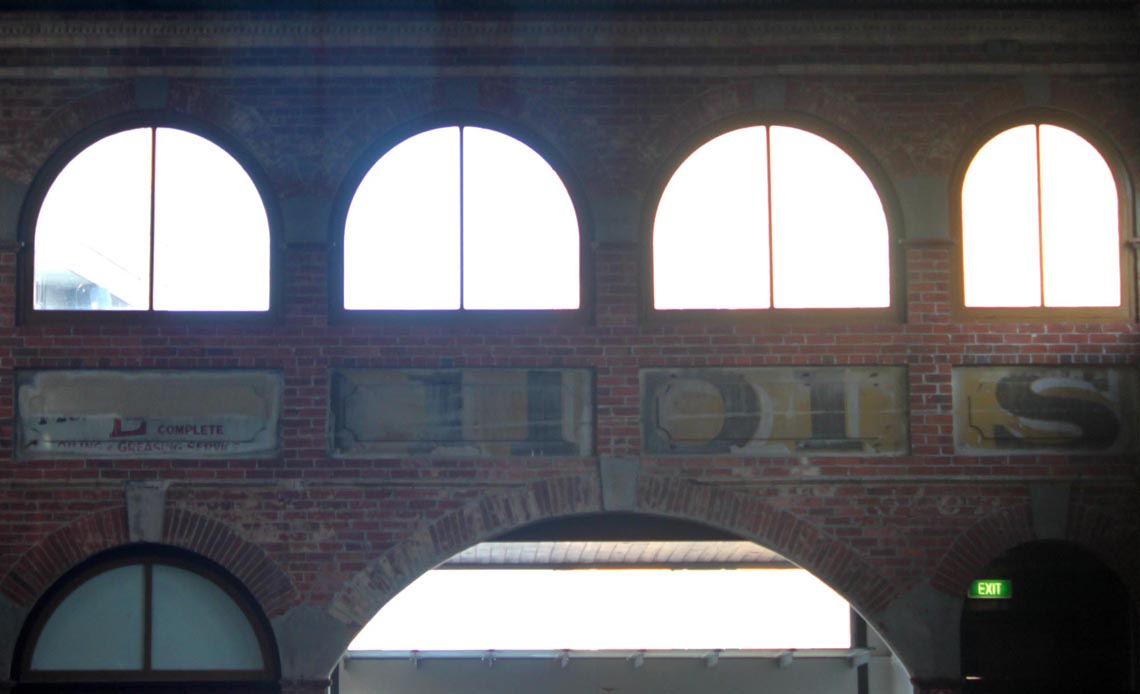 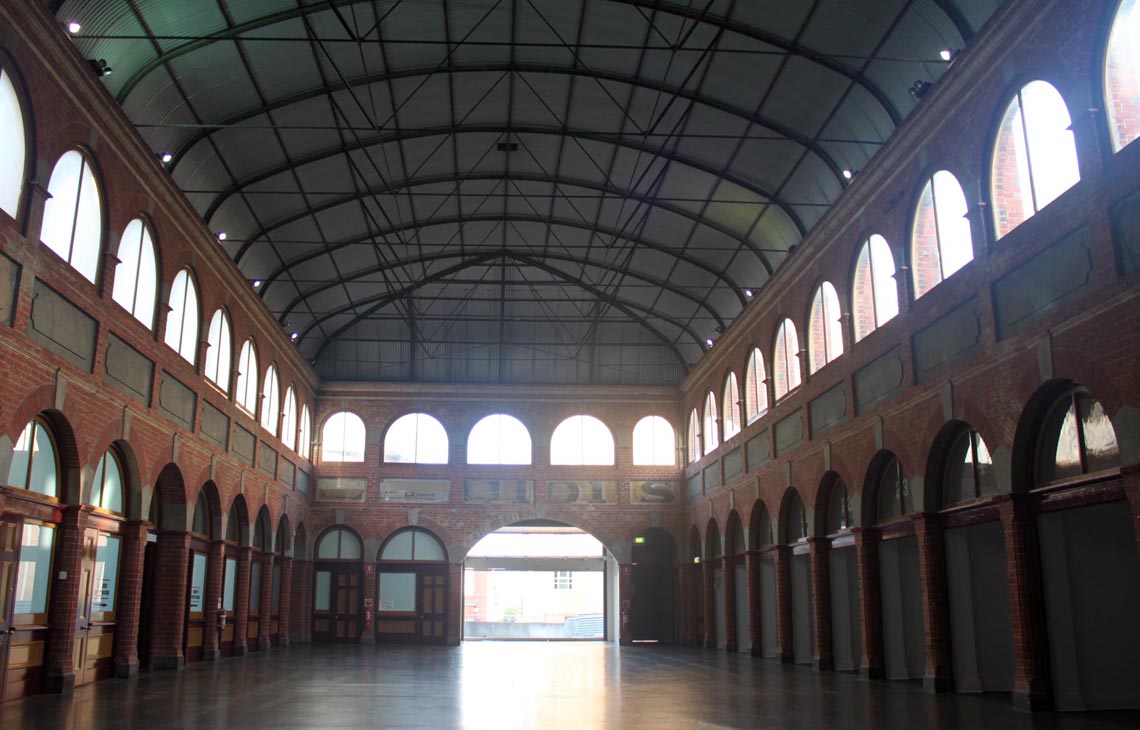 Opened in 1889 for the selling and trading of gold shares, the Ballarat Mining Exchange is one the few remaining examples of nineteenth century exchanges in Australia. Walk around and above the booths you can still see the names of the some of gold and share brokers who traded here.

By 1923, share trading on the site had ceased and Barlow Motors was operating its garage and showroom from the building. Look towards the far end of the Mining Exchange and you'll make out the the large Mobil Oil sign that Barlow Motors painted. The motor vehicle was on the rise and Barlow's provided customers with only the best and latest models. It marketed itself as "the most up to date garage in the Commonwealth" and was open 24 hours a day to tend to any of your motoring needs.

By 1954 the Mining exchange was a bus depot and later in the century became disused. In 2004 it underwent a major heritage renovation, restoring it to some of its former glory. 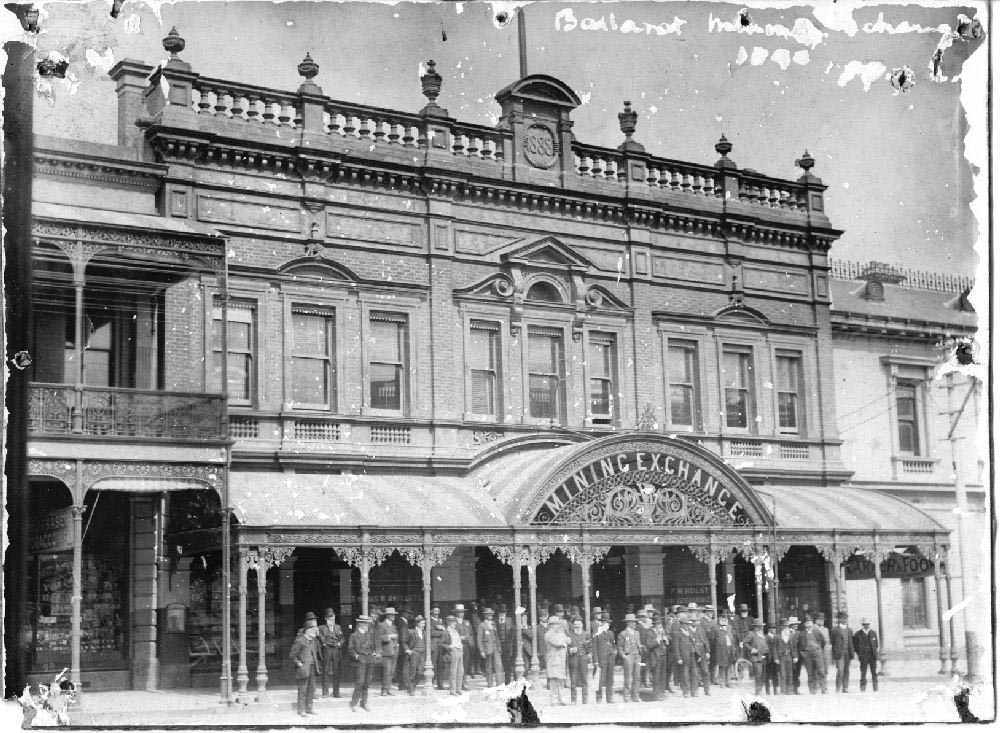 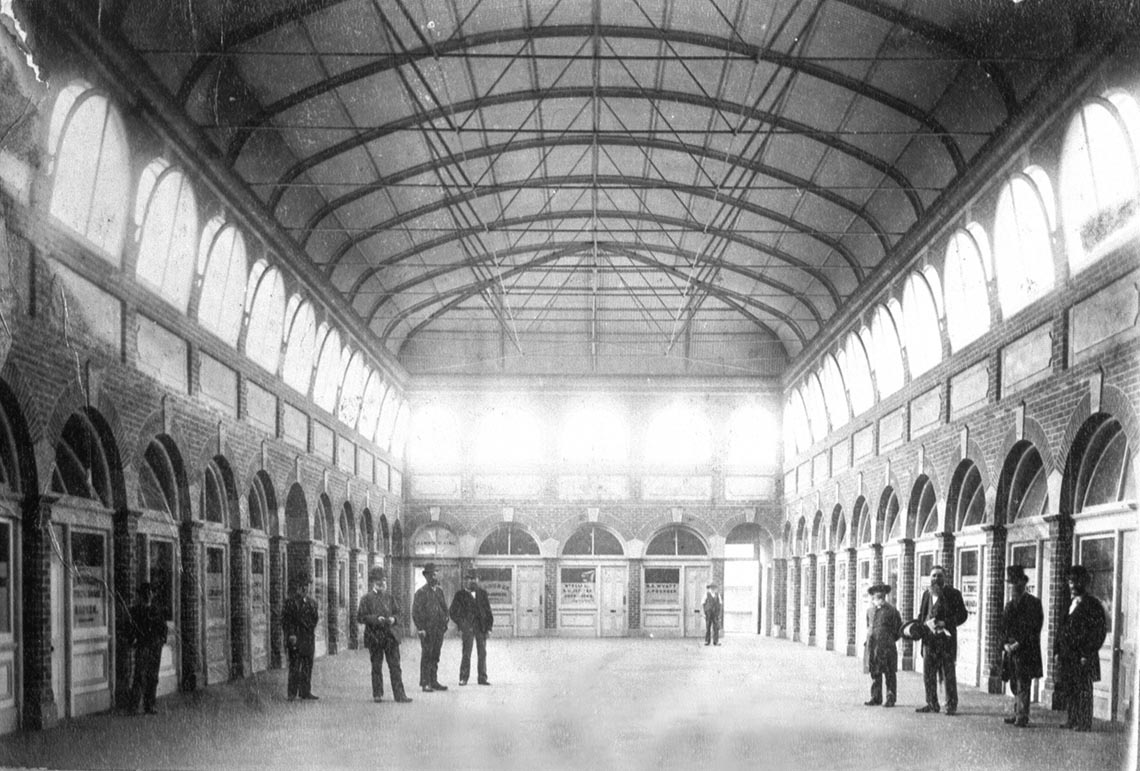 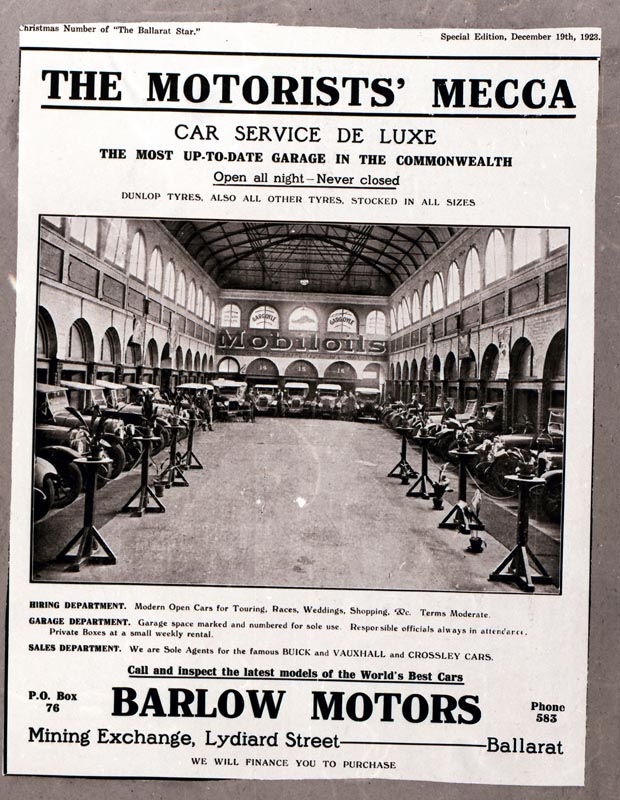 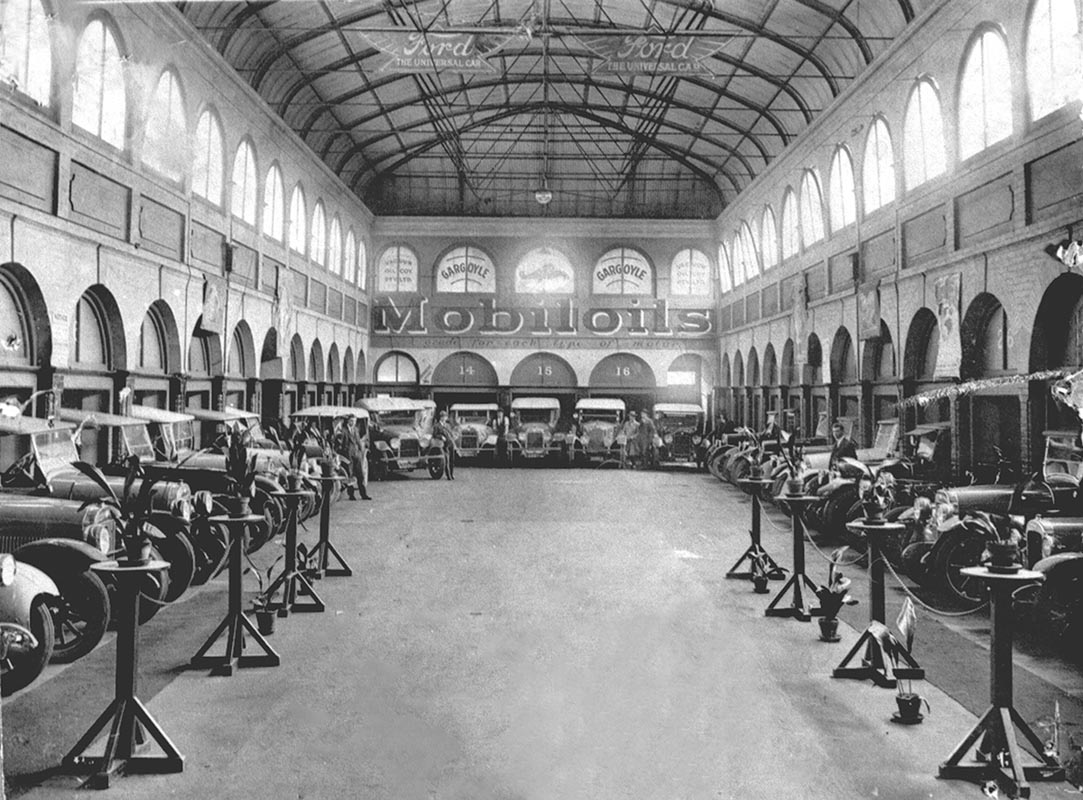 Inside The Exchange Garage 1954 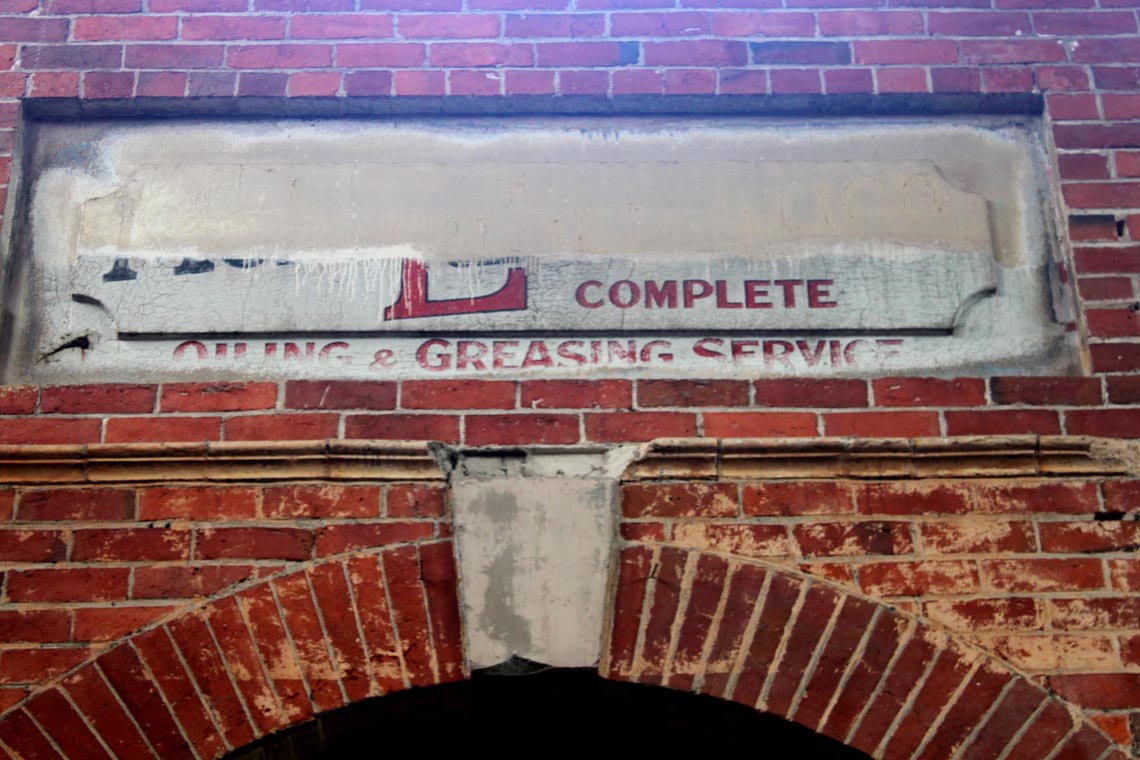 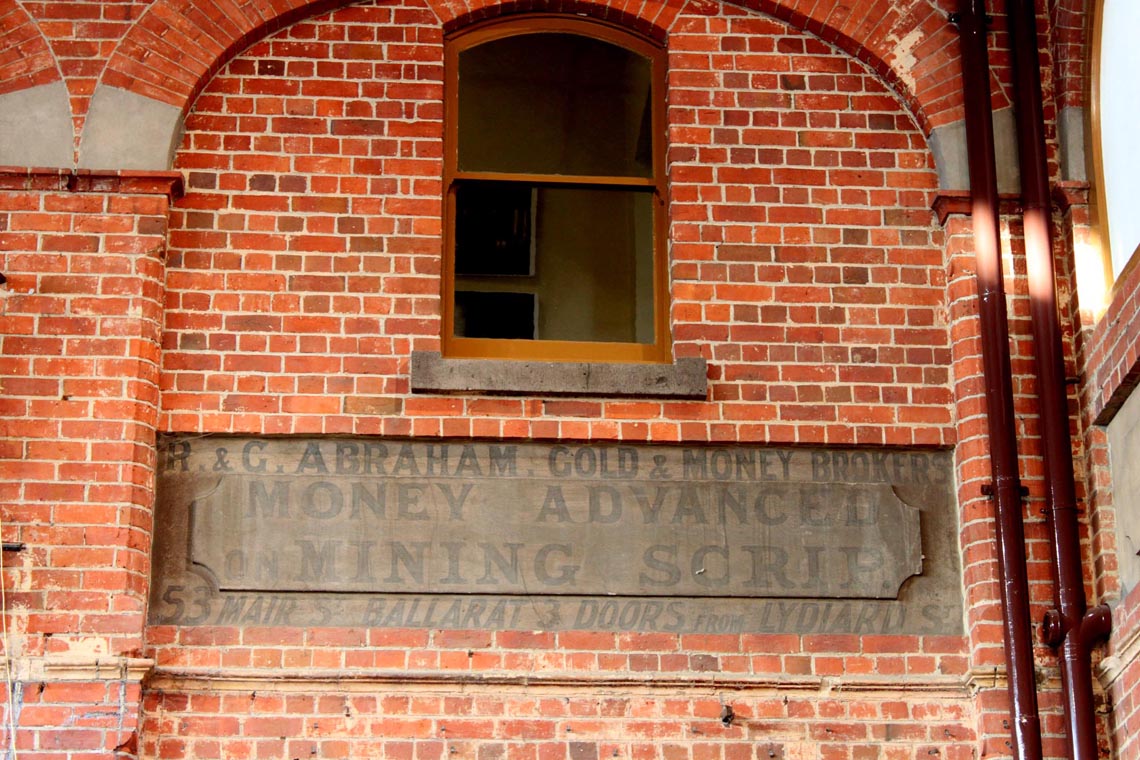 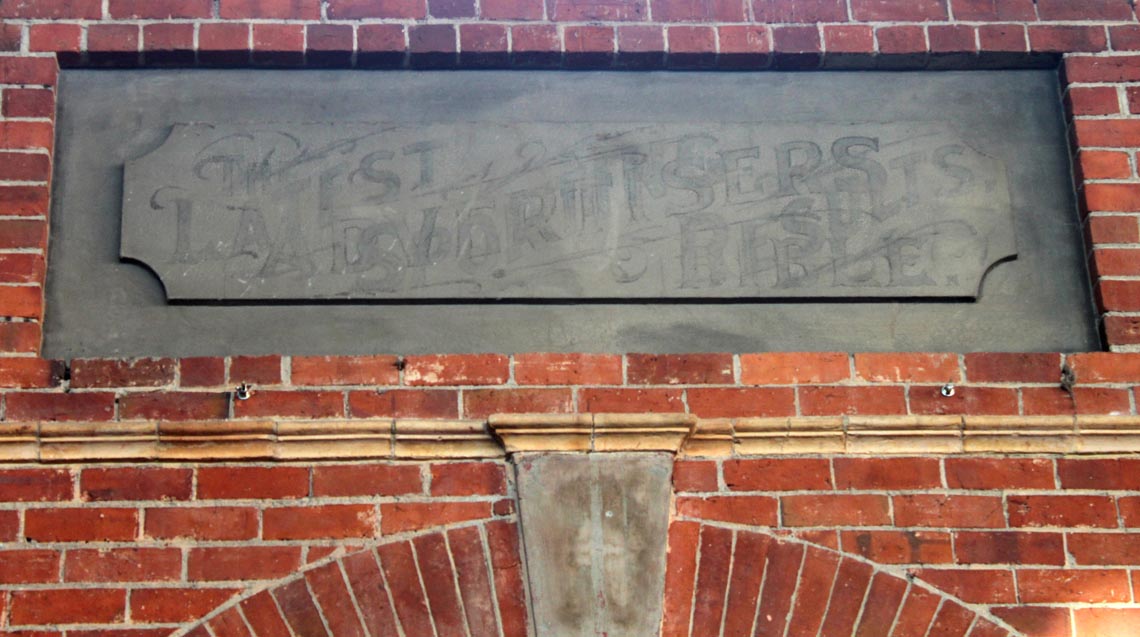