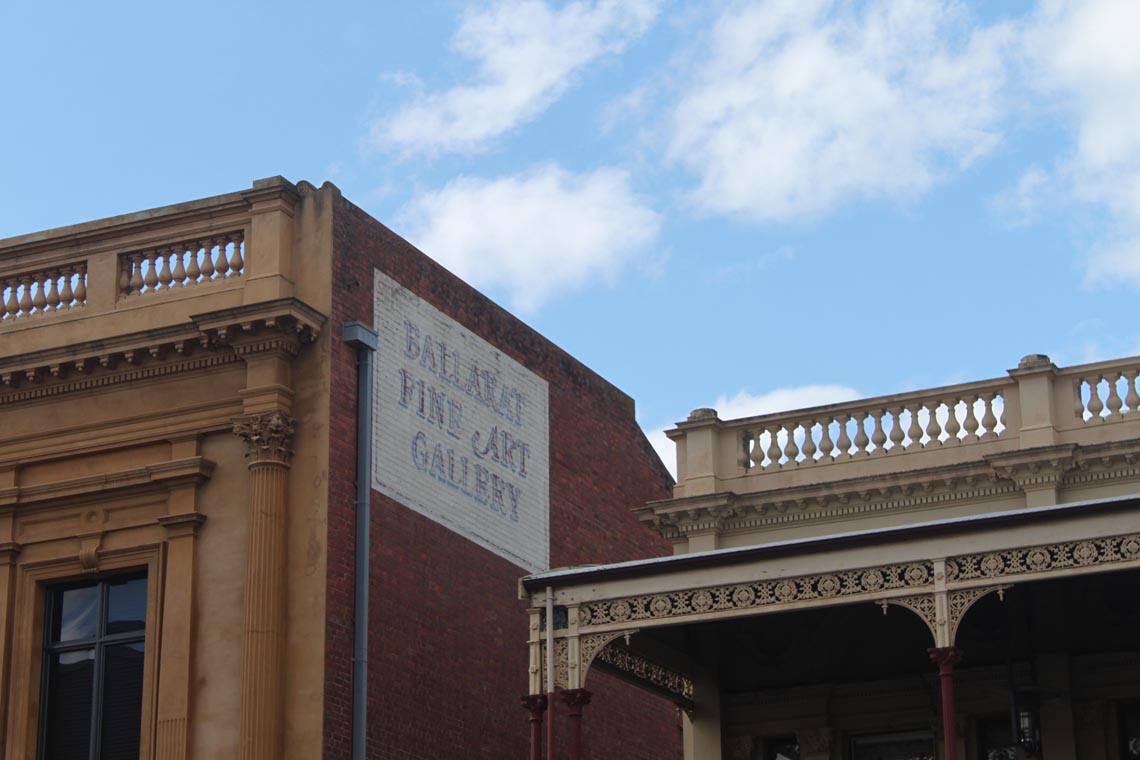 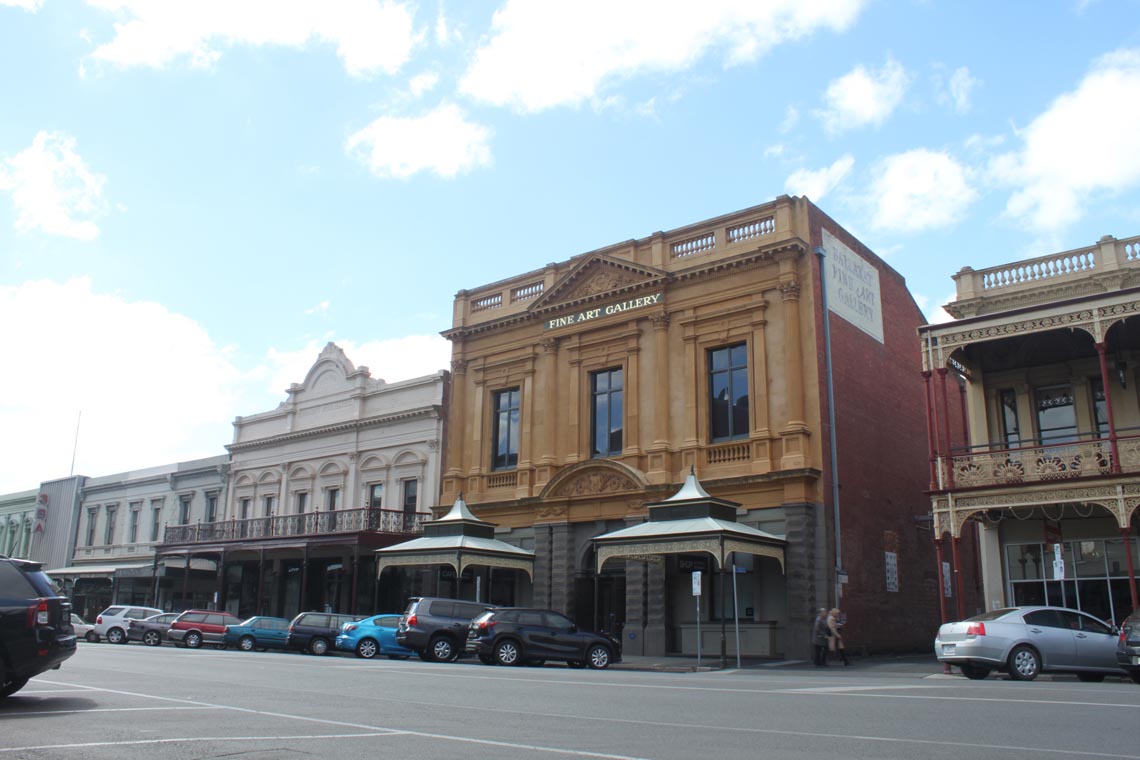 The Art Gallery of Ballarat was originally known as the Ballarat Fine Art Gallery and was established in 1884 by a group of interested local citizens who felt that an art gallery would improve the morals and culture of a rough, working-class, mining city. The Gallery Association occupied a large room in Her Majesty's Theatre, until they could secure their own premises. The Victorian Government gave the Association this site in Lydiard Street North, which had been part of the old Police Camp – a large police barracks used to stand on the site and the new Gallery building was opened by local MP Alfred Deakin in 1890. In 1988, the Gallery expanded into Bones' Buildings, a group of three shops which were part of a bequest to the Ballarat City Council by local businessman William Robert Bones who left his property to the Council in 1930, on the condition that it be used for the improvement of the city. The painted sign facing Police Lane was likely put up in the 1920s or 30s. - Peter Freund 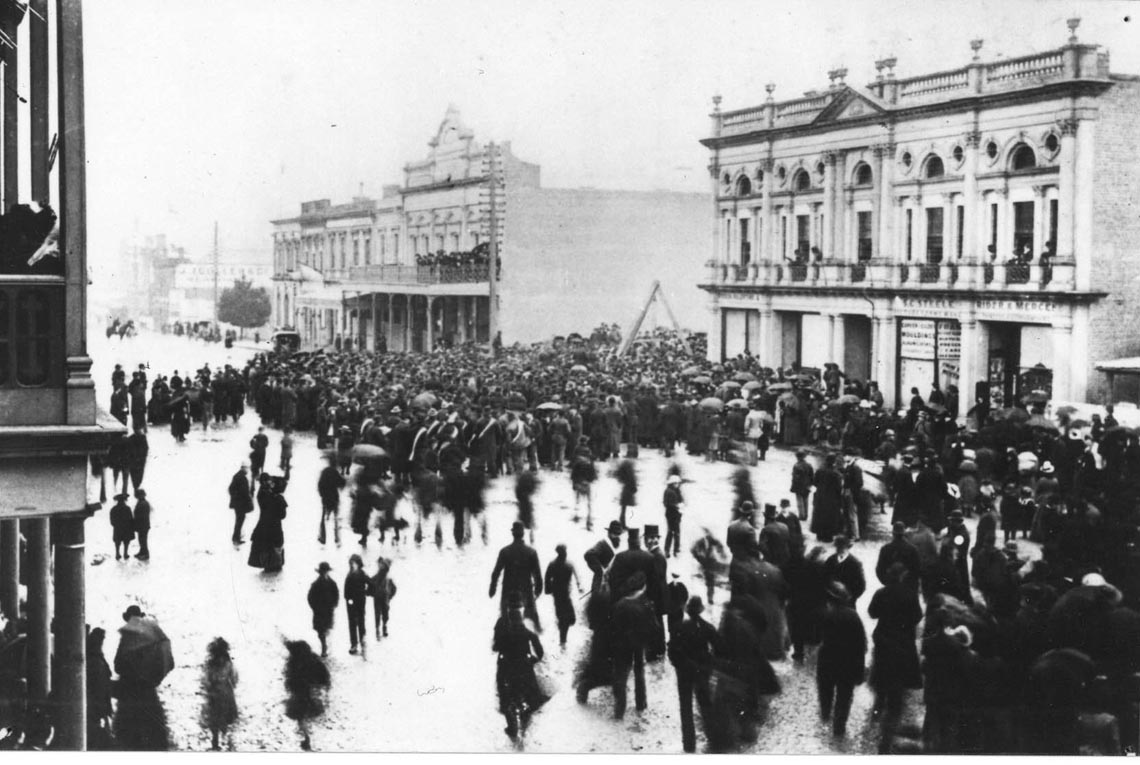 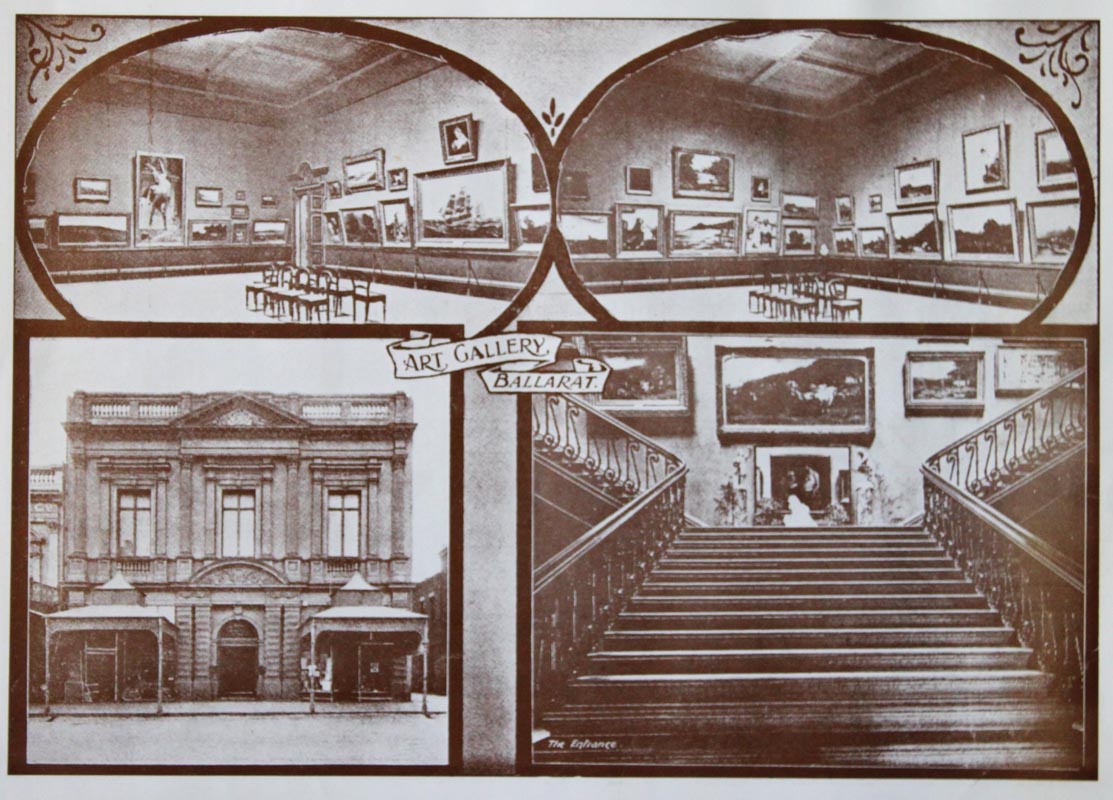 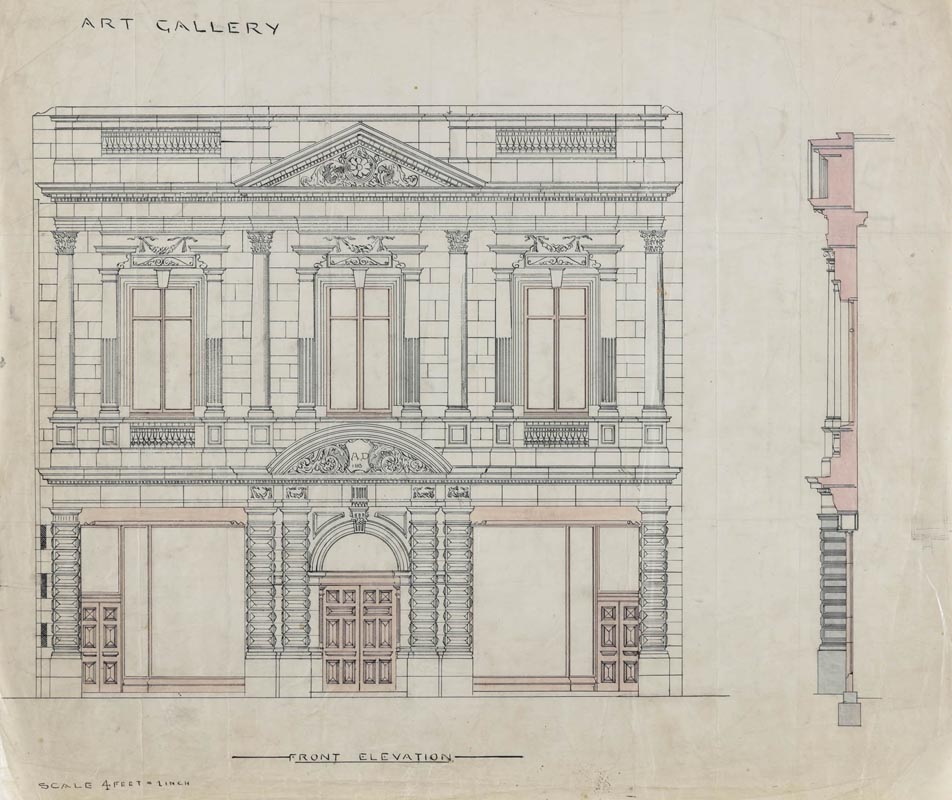 Plans for front elevation of Art Gallery of Ballarat, 1888 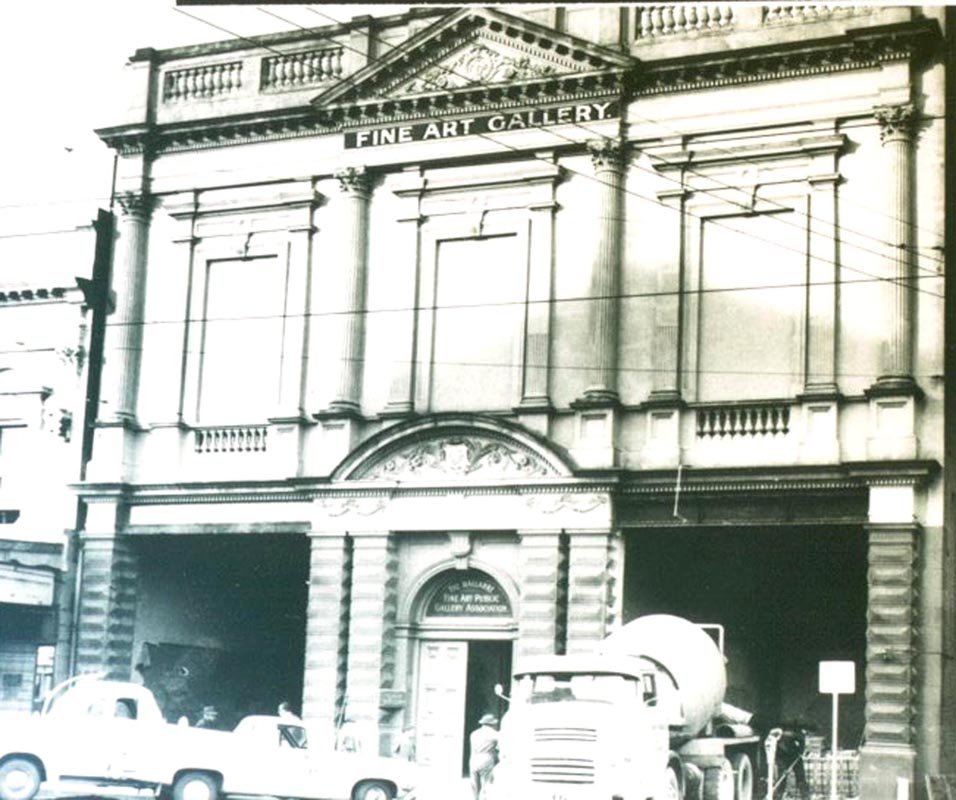 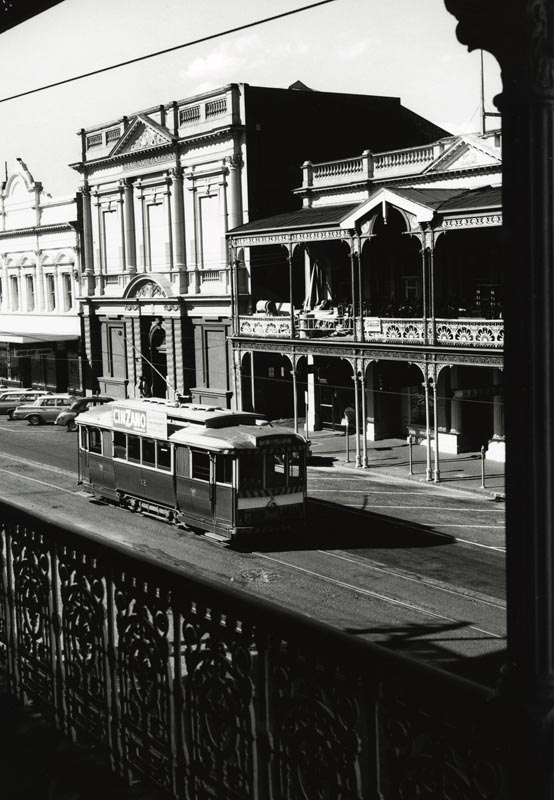 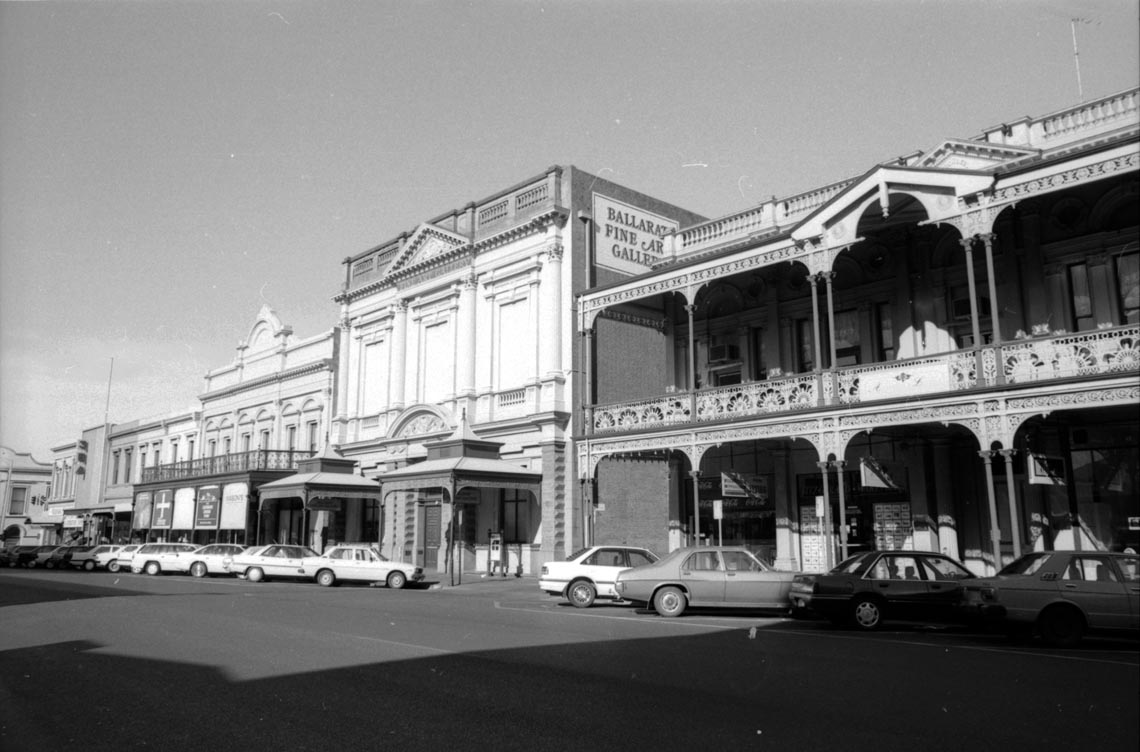