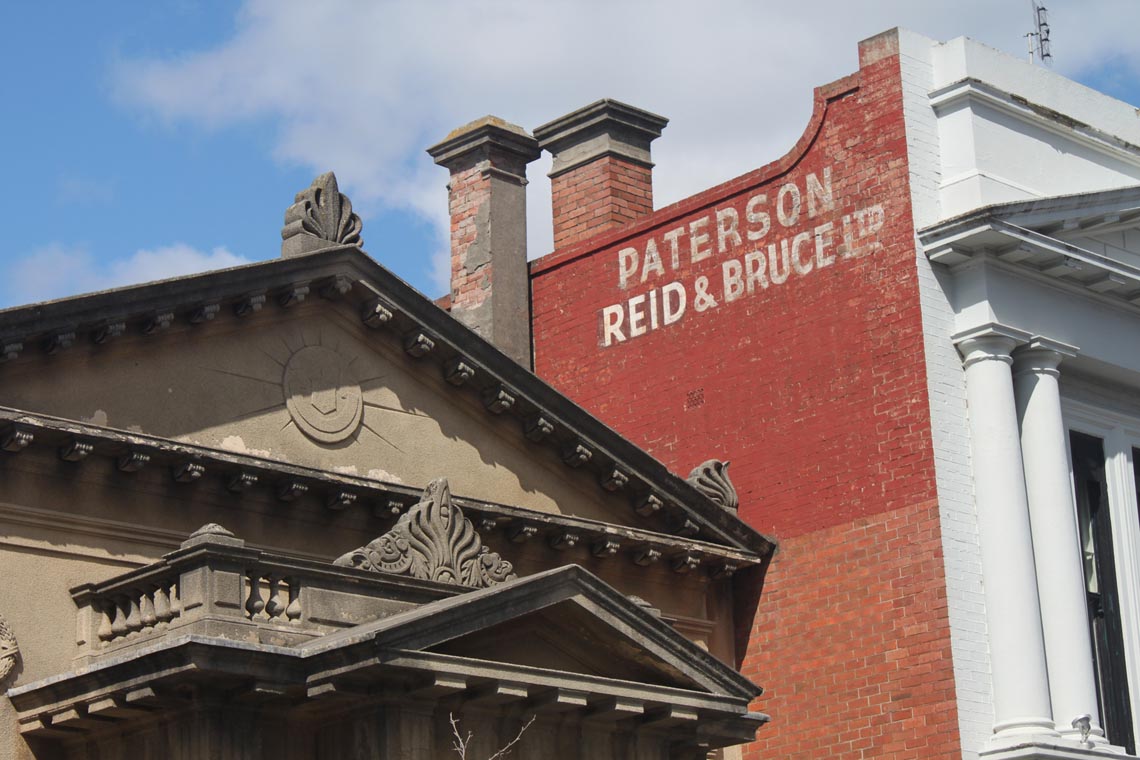 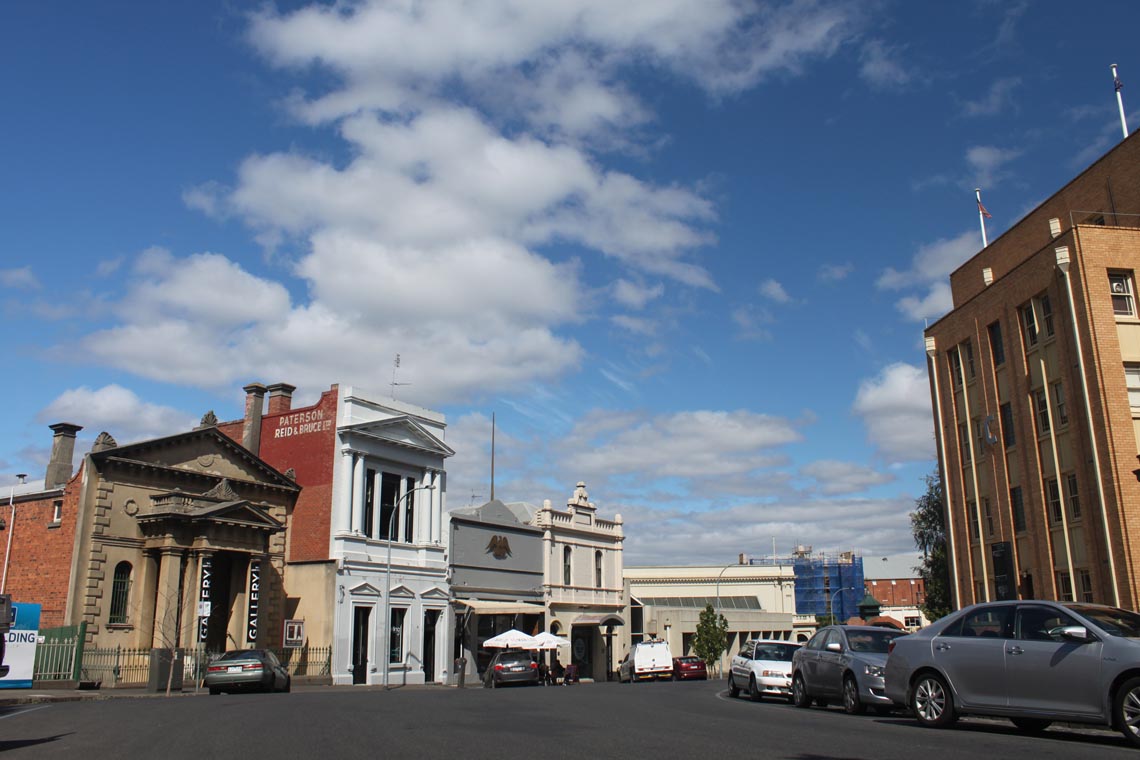 Established in Geelong in 1850 by J.C. Young, a Ballarat branch managed by John Paterson was opened in 1852. In the 1850s, operations were moved to Melbourne, where Paterson was admitted as partner in the company. In 1860 it changed its name to Paterson, Palmer and Company, changing again in 1878, to become Paterson, Laing and Bruce, with John Munro Bruce, as its co founder.

Born in Ireland in 1840, John Munro Bruce migrated to Australia in 1858, landing at Melbourne at 18 years of age. In 1860 he joined Laing and Webster, and by 1868 had become a partner in the business. As a driving force behind Paterson Laing and Bruce, he oversaw the development of the company into one of the major import and soft good companies in Victoria. By 1883 the Paterson, Laing and Bruce Flinders Lane warehouse was the largest in Victoria.

Outside of his success as a businessman, Bruce dedicated much of his time to community affairs in a range of roles. These included acting as Chamber of Commerce delegate at the intercolonial conference in 1883, commissioner of the Centennial exhibition, serving as president of the Young Men's Christian Association (YMCA) and Melbourne Hospital and holding the Captain's rank in the Prince of Wales Light Horse. He had an interest in politics, which he fulfilled in his role as chairman of the coalition committee, securing support for the Gillies-Deakin administration in 1886 general election. His son would later become Prime Minister of Australia from 1923-1929, and later Viscount Bruce of Melbourne, the only Australian Prime Minister to be awarded a peerage.

Robert Reid was another enterprising immigrant who built a successful company. A competitor of John Munro Bruce for many years, the stories of these two men would in later years intersect. Born in Scotland in 1842, he emigrated to Australia with parents, arriving in Melbourne in 1855. Within weeks of landing, Robert's father passed away and Robert found himself responsible for supporting his mother and five sisters at the tender age of 12.

His early career involved working as a shop clerk on Collins street, and for a short period of time in Ballarat. In 1874, Reid struck out on his own, establishing a wholesale drapery importer in Flinders Lane (known as 'The Lane') with Edward Warne and John Adair. By 1882 he employed 250 staff in the manufacturing warehouse in Collingwood, and in 1887 changed its name to Robert Reid and Co. Reid's motto in life was 'Do your best every day and never miss a chance' and it seems he lived up to this when it came to his business ambitions. By 1890 Reid's company was the largest importing business in Australia, with branches in London and Glasglow.

Like his competitor John Munro Bruce, Robert Reid was an active participant in the commercial and community life of Victoria. He had a long affiliation with the Baptist community in Victoria, serving as chairman of the Baptist Union of Victoria. Amongst many other roles, he was President of the first Congress of the Chambers of Commerce in Australasia during the Victorian centennial exhibition, President of the Melbourne Chamber of Commerce for periods between 1888 and 1902. He received the cross of the Legion d'honneur for his role as commissioner at the Paris exhibition of 1889. He entered politics in 1892, being elected to the Legislative Council for the Melbourne Province, holding the health and defence portfolios from 1893 to 1894 and in 1902 oversaw public instruction (Education) and health in the Victorian government.

In 1966 Robert Reid & Co. amalgamated with its long-time competitor Paterson, Laing & Bruce. The two successful companies that these two industrious men had built became the Paterson, Reid & Bruce you can still see on the sign above you today. 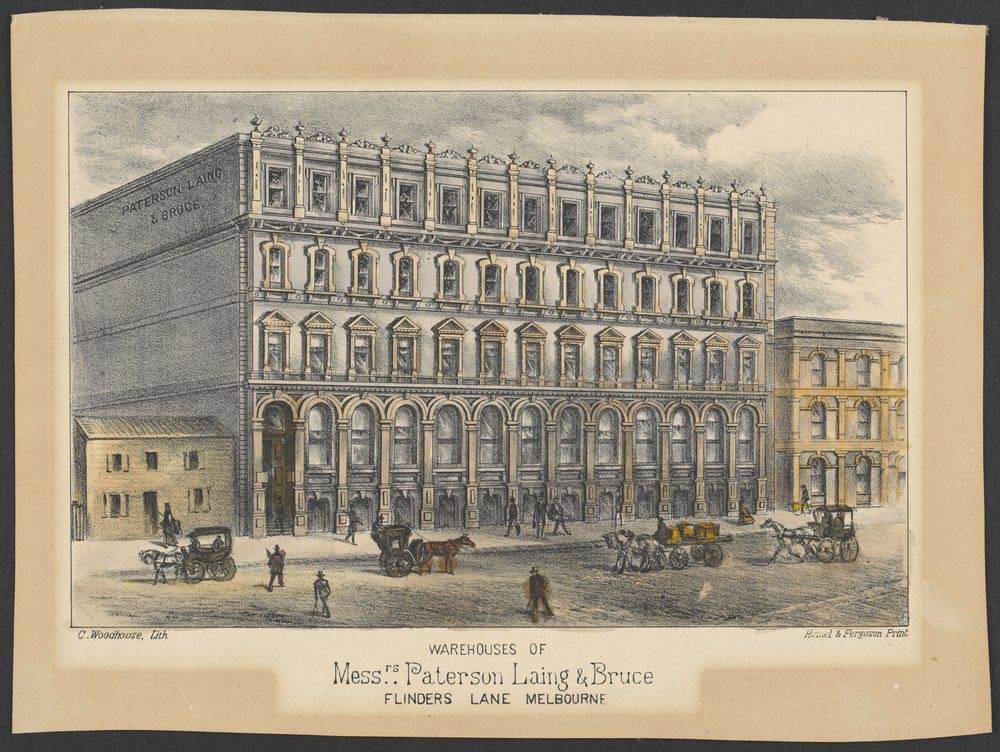 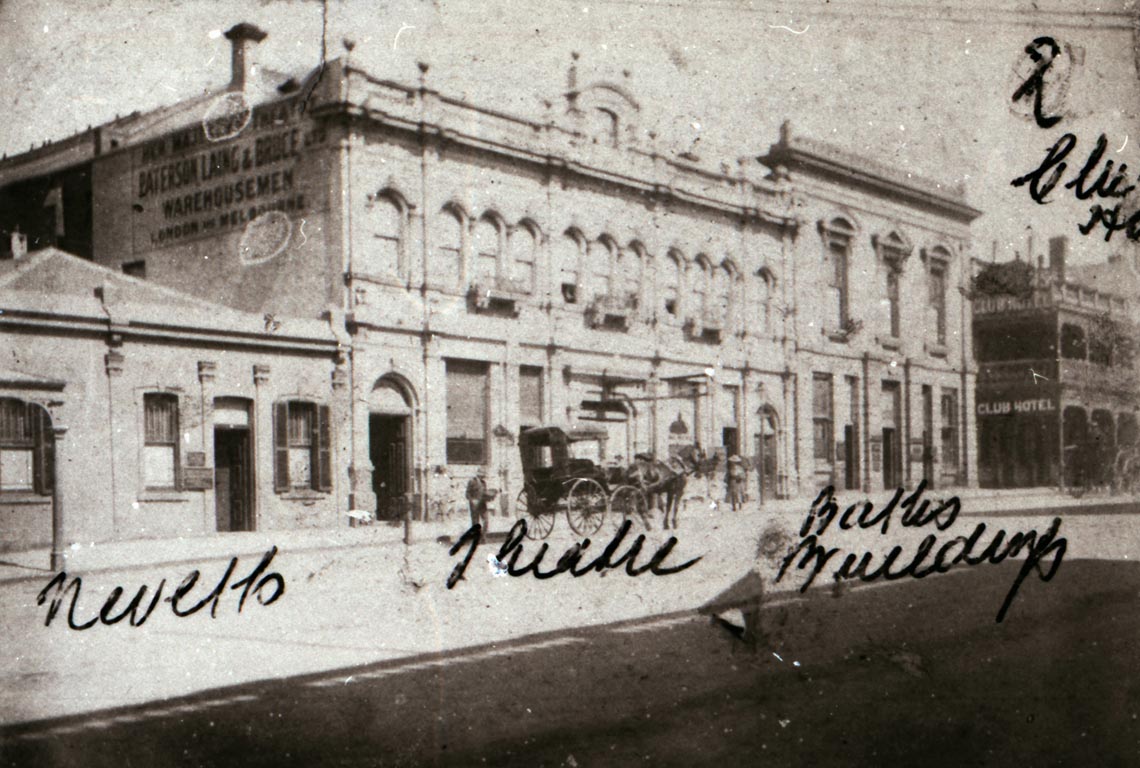