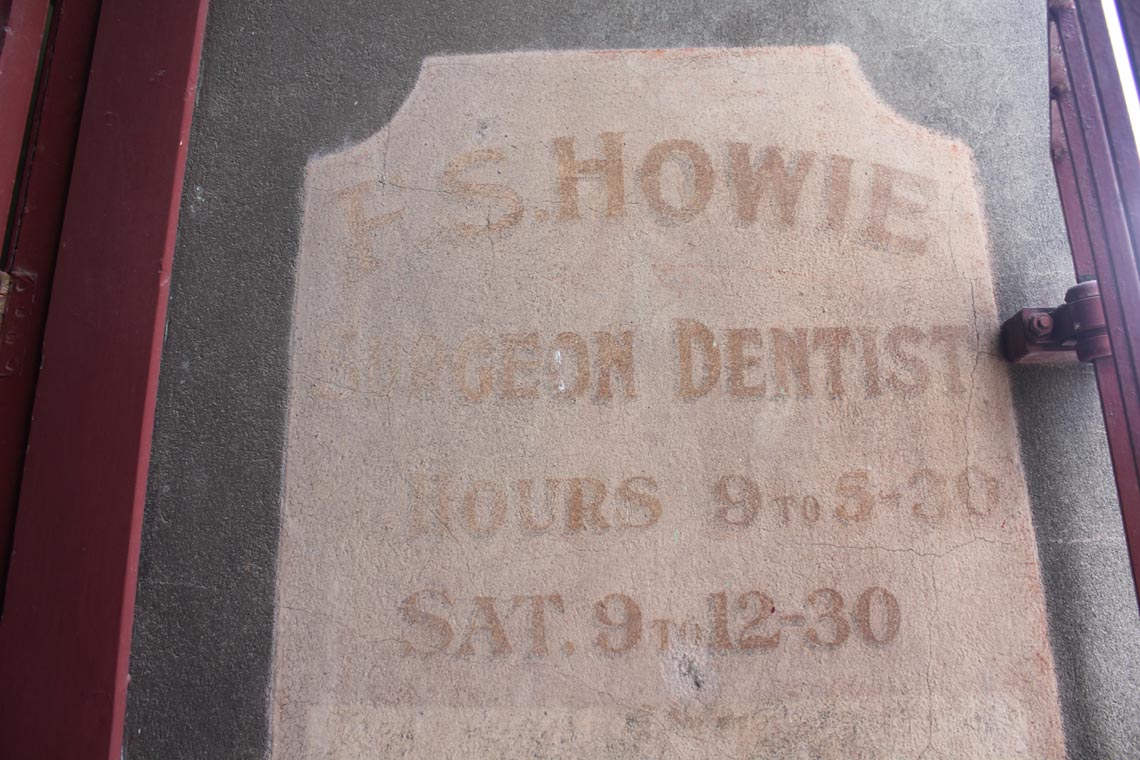 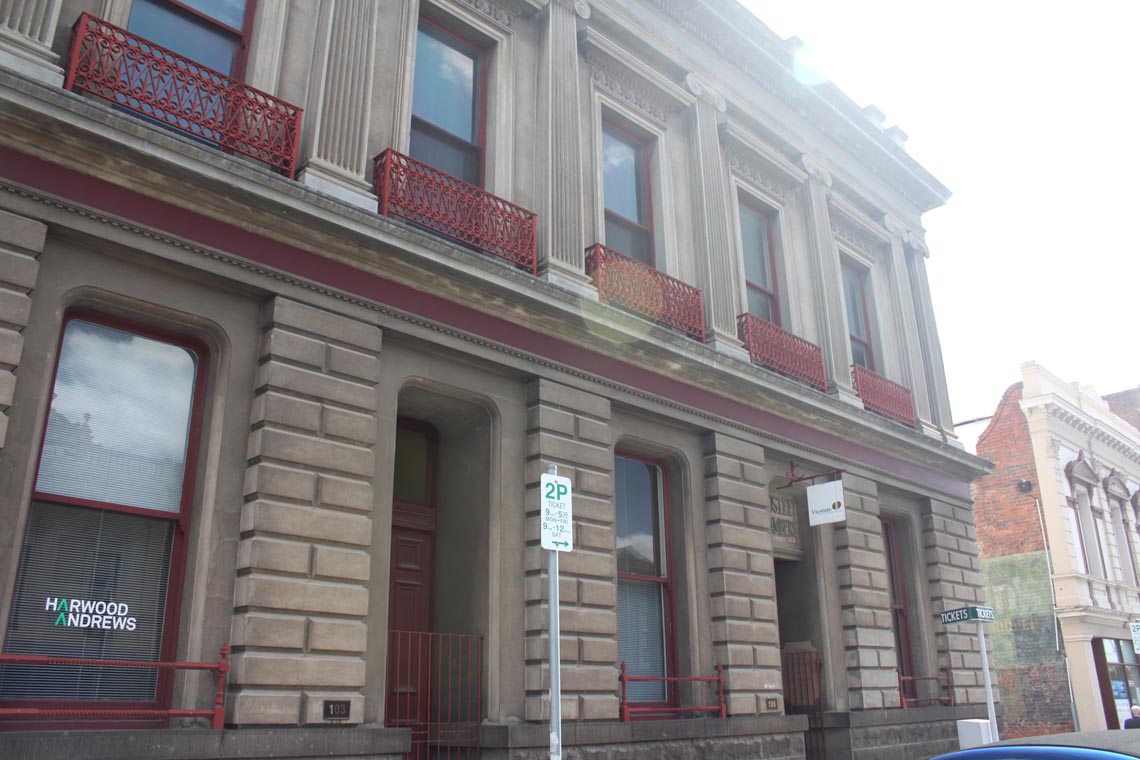 Poke your head into the portico of the northern entrance to the old Palace Hotel and State Trustees Building and there you'll find the 92 year old advertisement for F.S. Howie Surgeon Dentist. But this isn't just a sign that highlights the story of a business, it's also the story of a man and a woman of strong conviction who throughout their lives never wavered in their beliefs.

Francis Samuel Howie was a well known dentist in Ballarat for more than fifty years, having been registered to practice in 1904. Francis married Kate Maud Williamson in 1898 at the Society of Friends (Quaker) meeting house in Ballarat.

Quaker women in Victoria were extremely active in the Women's Suffrage Movement - the campaign for women to be given the right to vote. In 1891 Kate, her sister and mother were three of the 30,000 Victorian women who signed the "Monster petition" - a petition submitted to the Victorian Government requesting women's equality and the right to vote.

An active member of the Ballarat quaker community, Francis was strongly against the drinking of alcohol and was committee member on a number of groups who sought to limit or remove alcohol completely from sale, these included the Temperance Society and the Total Abstinence Society.

A prolific correspondent to the newspapers, his letters regarding military service and the First World War were probably his most passionate and eloquent. As a quaker he believed in pacifism and spoke out against the war and proposals for conscription. The family left Australia for San Francisco California in 1917. At a gathering of the California Meeting of Friends Church in June 1917, Francis explained that he and his family had relocated to California "because of the pressure of the military spirit in their former home".

By 1924 the Howie family returned to Australia and in July of that year, Francis Samuel or F.S. Howie opened his dentist surgery in the building you see before you. Francis continued his community work outside of his business, becoming President of the Ballarat Helping Hand Committee, a group established to assist post World War 2 European migrants who were arriving in the city to rebuild their lives. The committee purchased new homes for the migrants and the provided support services like English lessons.

Francis Howie died in 1968, at the grand age of 93, his wife Kate having died 10 years earlier. They are buried together in the Ballarat New Cemetery. 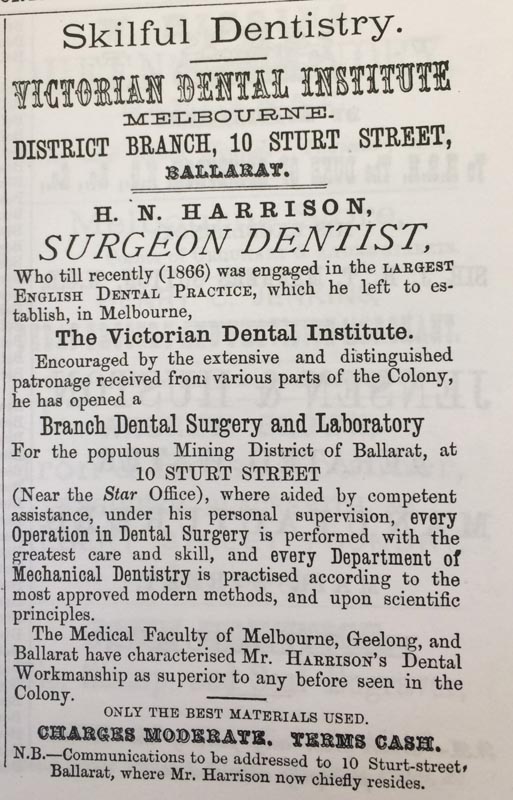 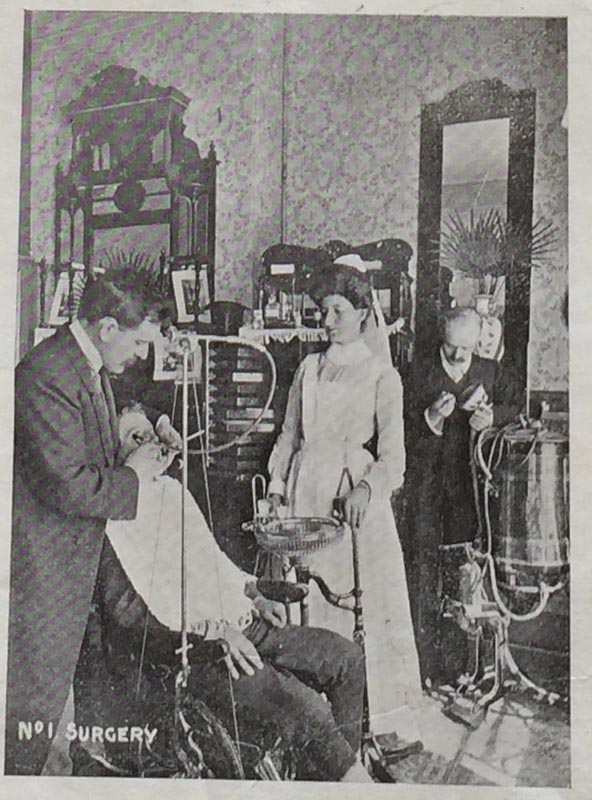 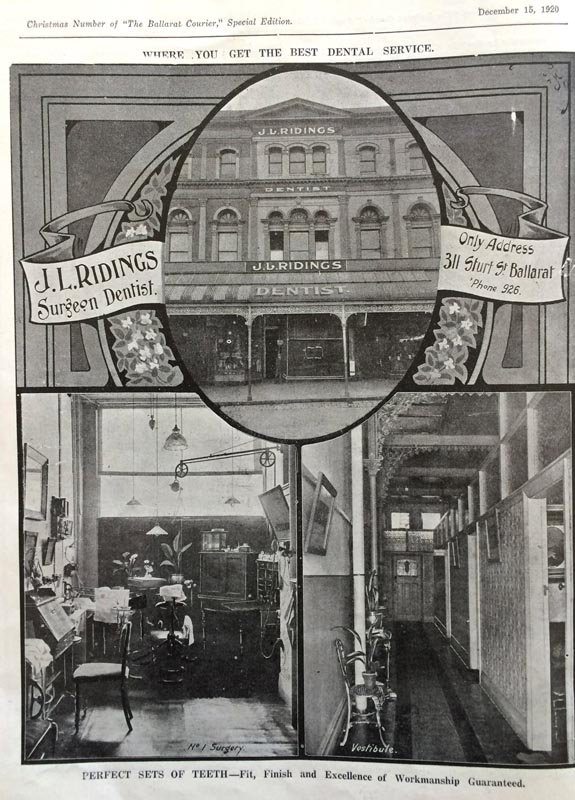 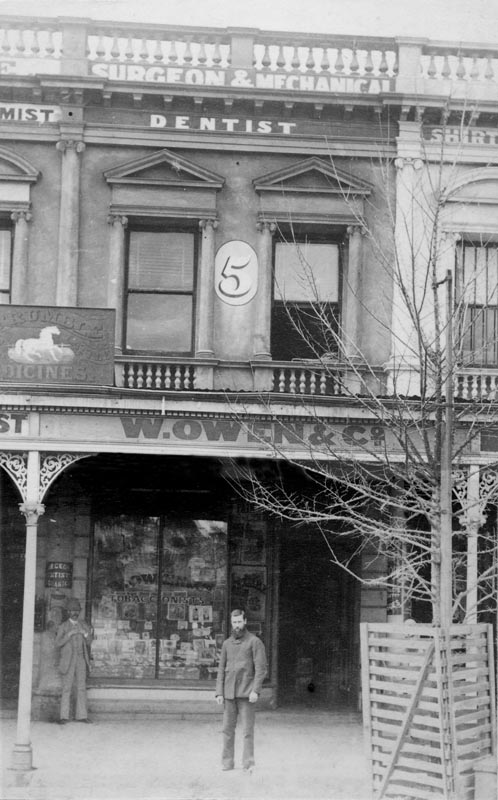