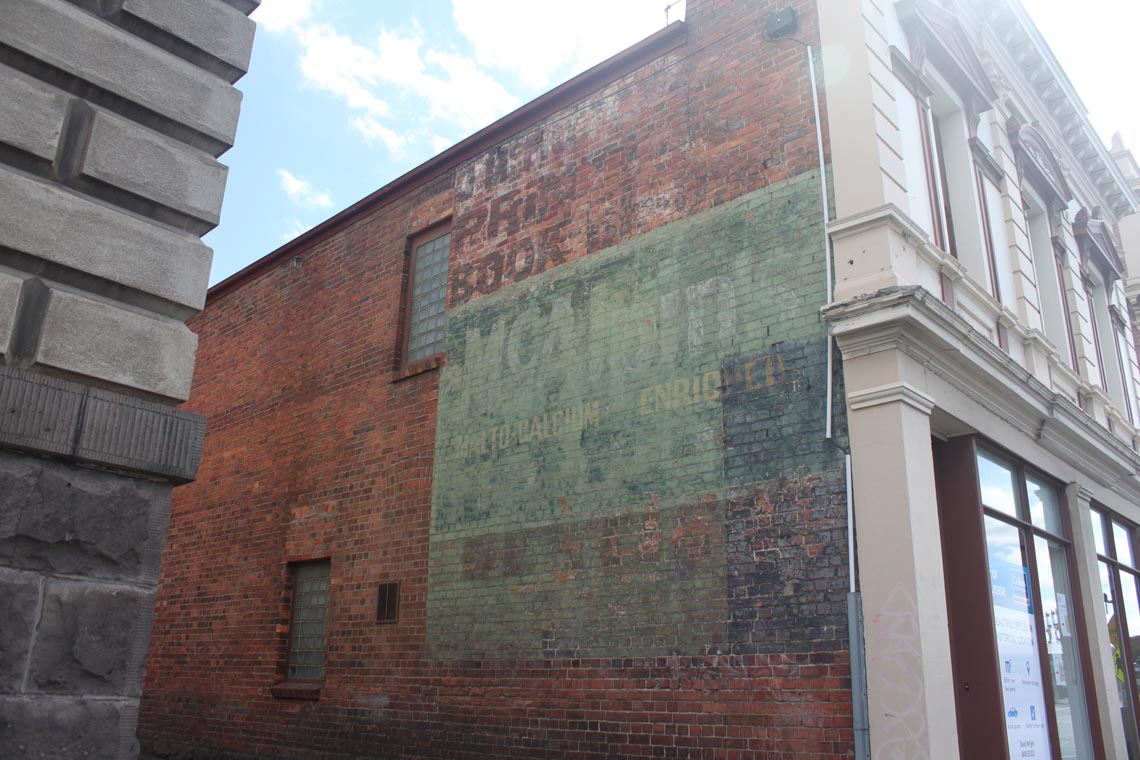 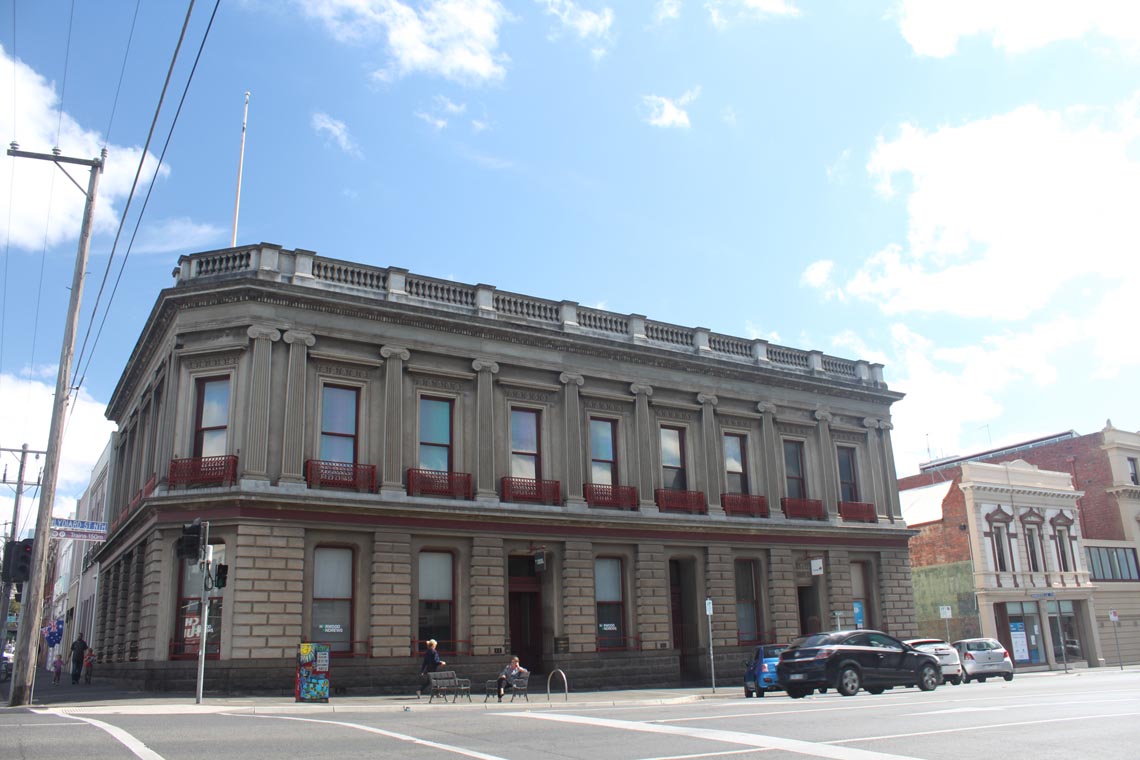 In this sign the words Printing and Bookbinding can be seen. While we don't know which business operated from this building, on the opposite corner of Mair and Lydiard Streets the prolific F.W Niven & Co. Printers & Lithographers were once sited. Printers like Niven played an important role in creating the visual documentation of Ballarat life.

F. W. Niven & Co. became a large provincial printing business in Ballarat, at its peak employing seventy workers and having some �7000 worth of machinery. The firm began a publishing campaign in the 1870s that brought it international recognition for elegantly produced books such as W.B Withers' History of Ballarat (1887) and The Cyclopedia of Victoria (1903-05).

Innovators in printing methods, lithography was a significant part of the firm's success and in 1873 Niven imported one of the earliest known commercial steam lithographic presses in Australia. He took an interest in nature printing, which led to the development of the 'Crisp Photo' process, with Henry Crisp's assistance, for colour lithography- an advertisement for which you can see below.
Another local company Berry, Anderson & Co. are still operating today from their Dana St premises, supplying quality printing, stationery and packaging supplies to Ballarat and surrounding districts since the days of the Ballarat Goldfields. Look out for more on McAlpin's at the next stop. 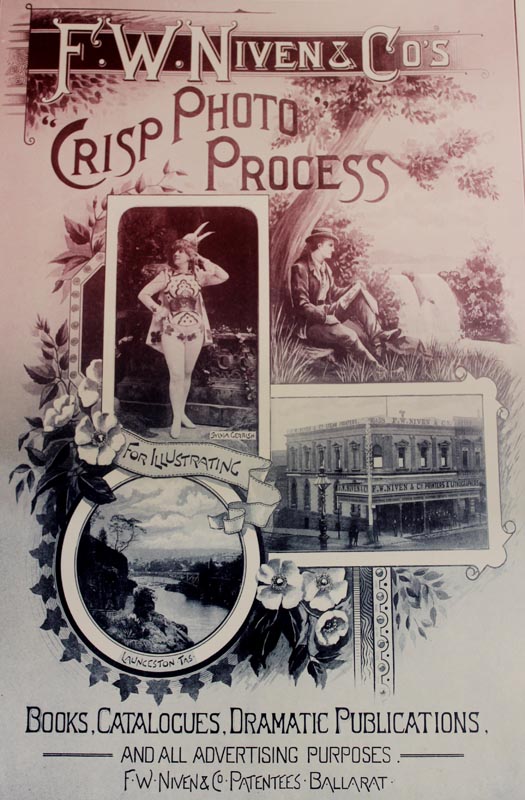 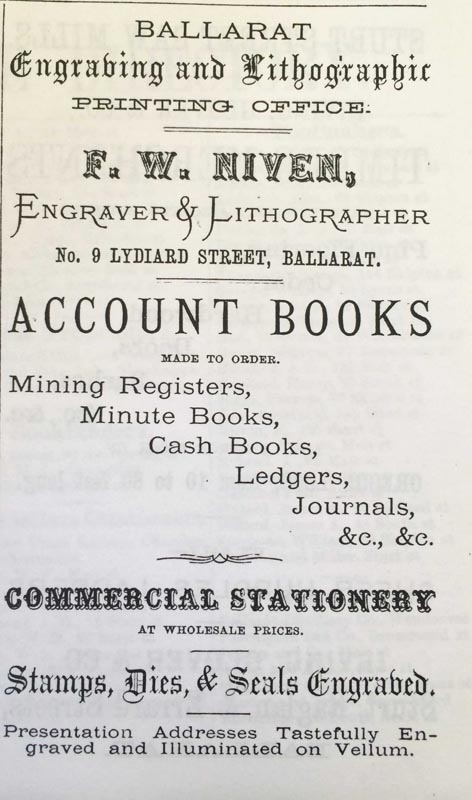 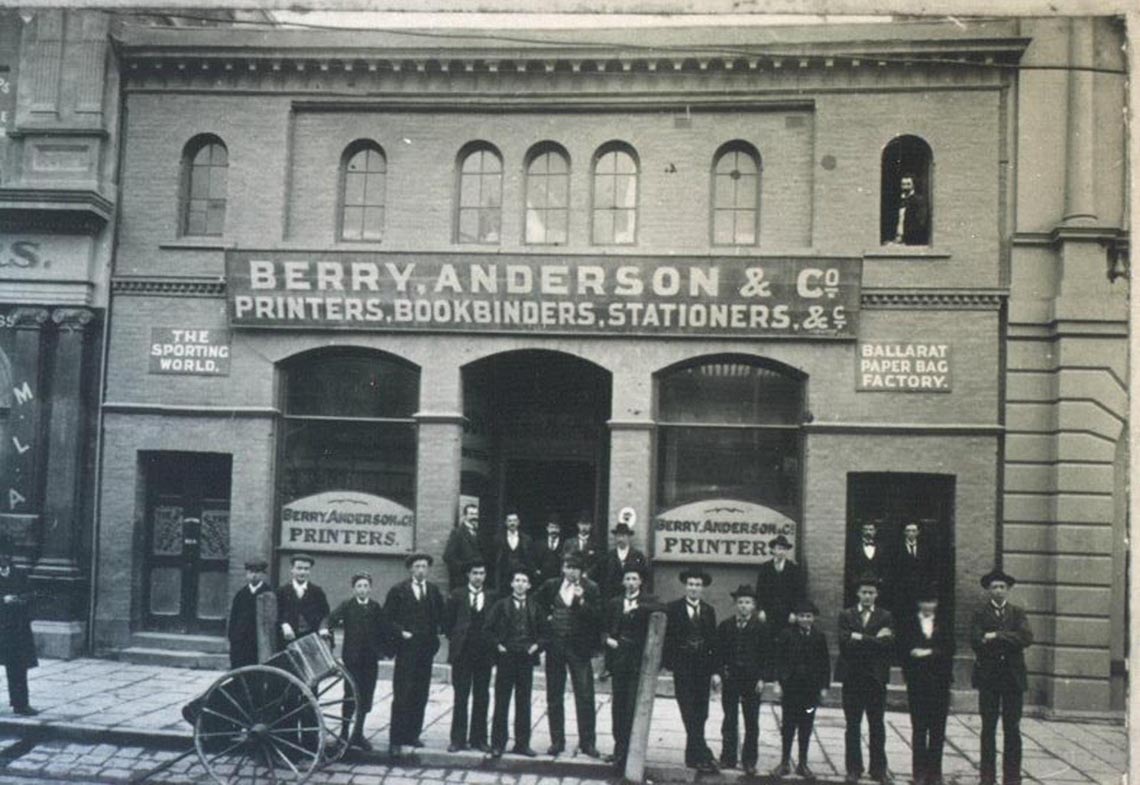 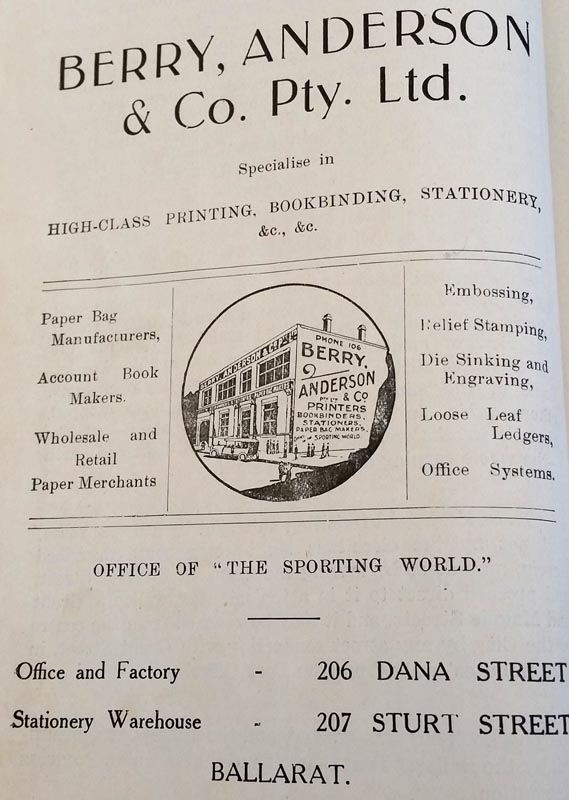 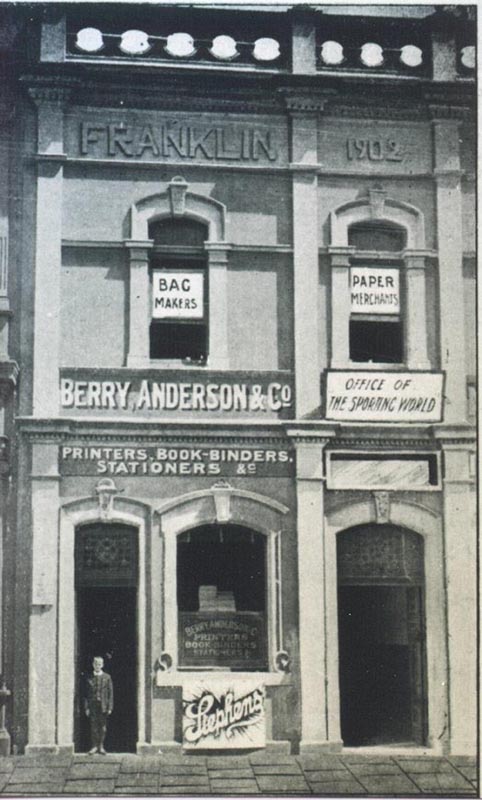 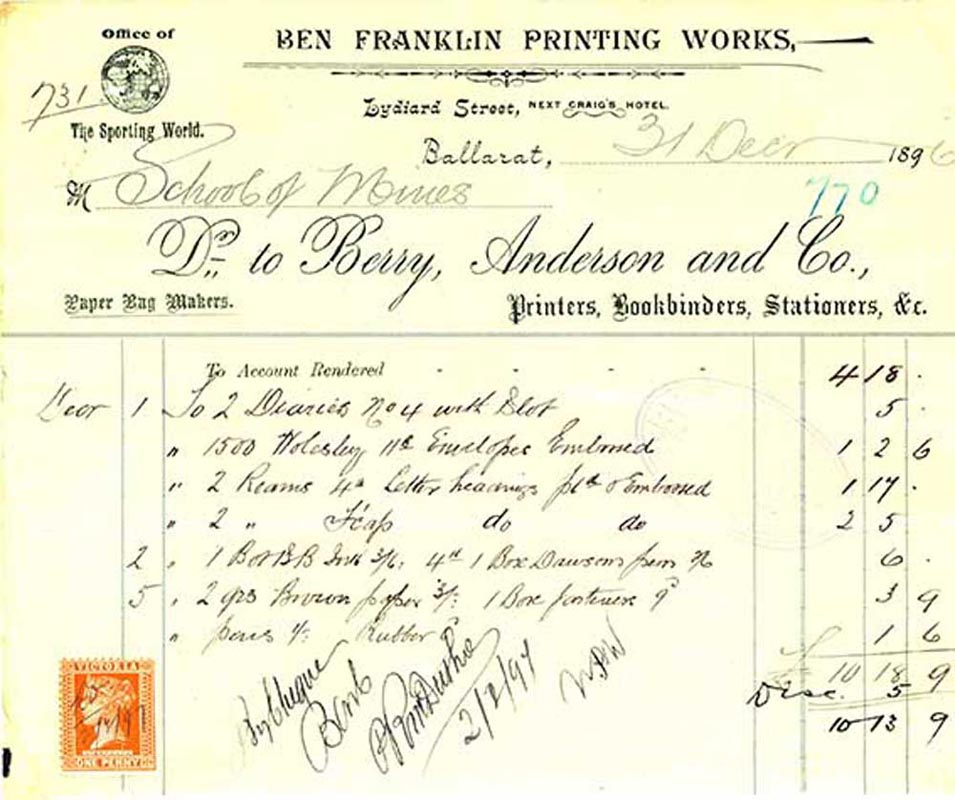 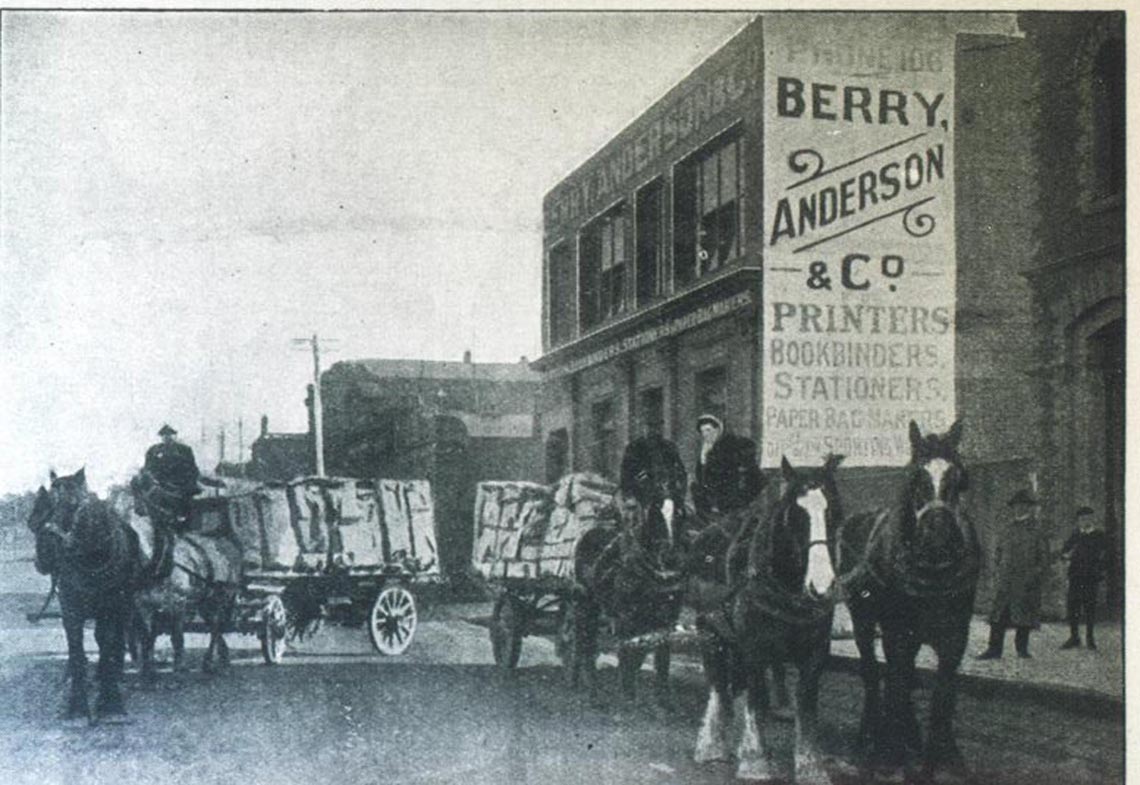 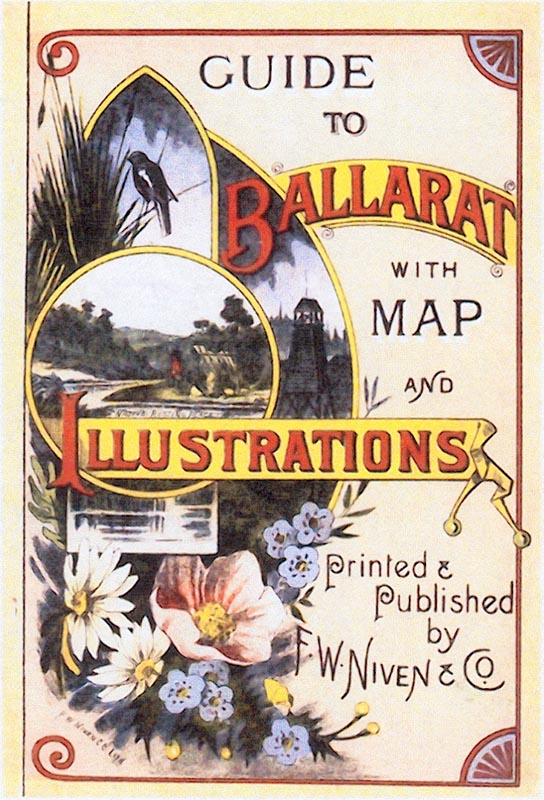