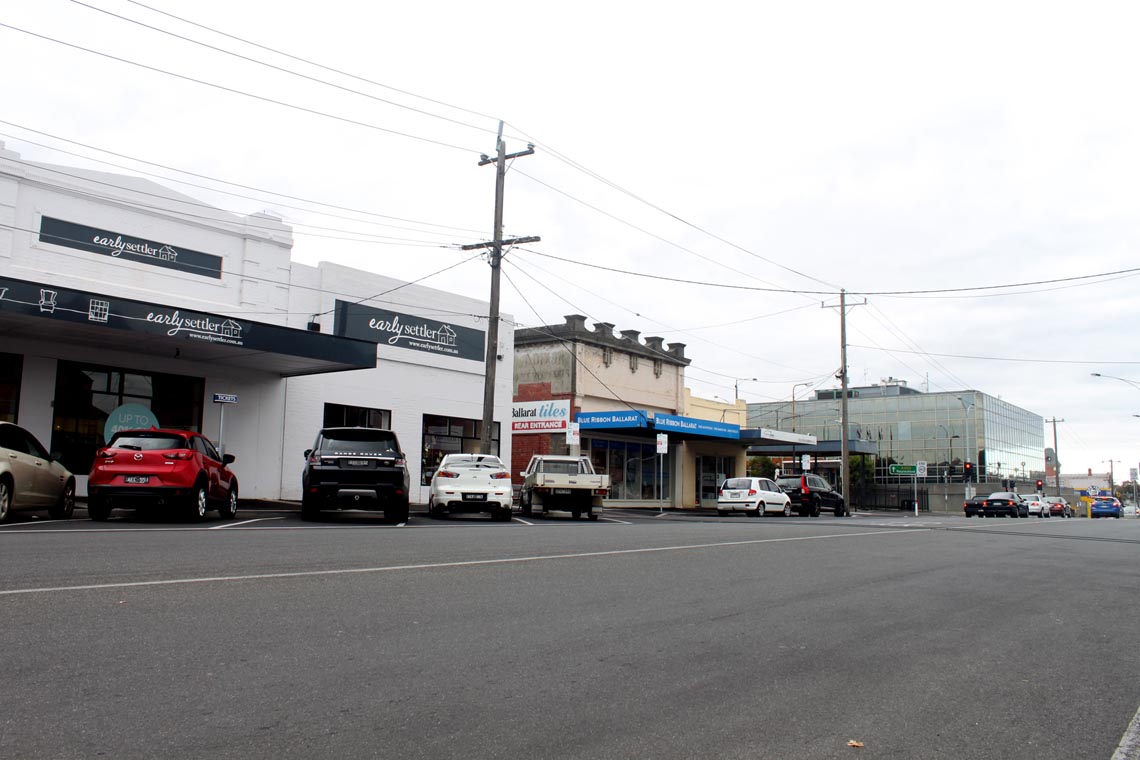 Imagine the street before you choked with men and women, the cries of auctioneers and the smells and sounds of horses. The sign you see before you is one of the few remaining clues to the history of this part of Doveton street.

Dixon Brothers were grain and produce merchants who provided a range of services and products to the people of Ballarat in the late and early twentieth century. Born in 1860, Joseph Dixon attended school in Ballarat until the age of 16 when he started working as a grocer. In 1879 he established Dixon Brothers, operating it with his brother John. They had a chaff cutting operation at the corner of Brougham and Doveton Streets and the commercial sales part of the business operated out of the building you see before you. Here wholesale grain and produce were sold, including farm machinery, tents, tarpaulins, water bags and cow and horse rugs.

This portion of Doveton street was a hub for agricultural and horse sales in the nineteenth century with produce merchants, horse bazaars and farriers all plying their trades between Sturt and Mair Street. In the image below you can see one of the popular horse sales that were held on the street, just near the Dixon Brothers store. 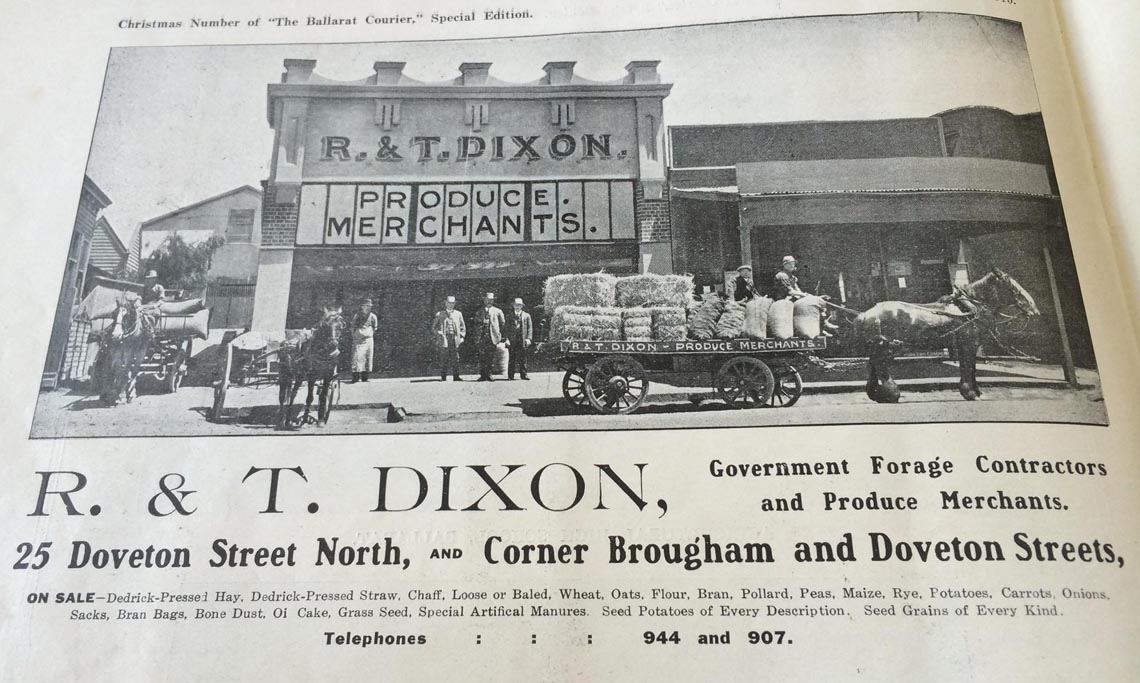 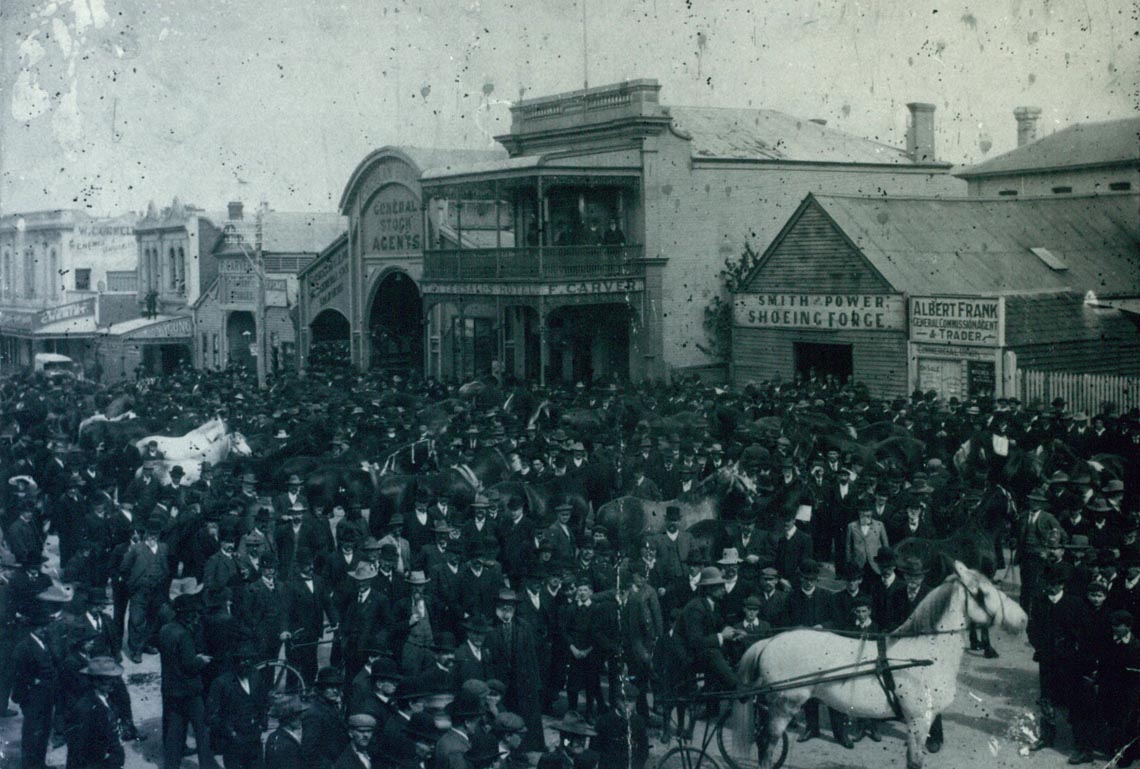 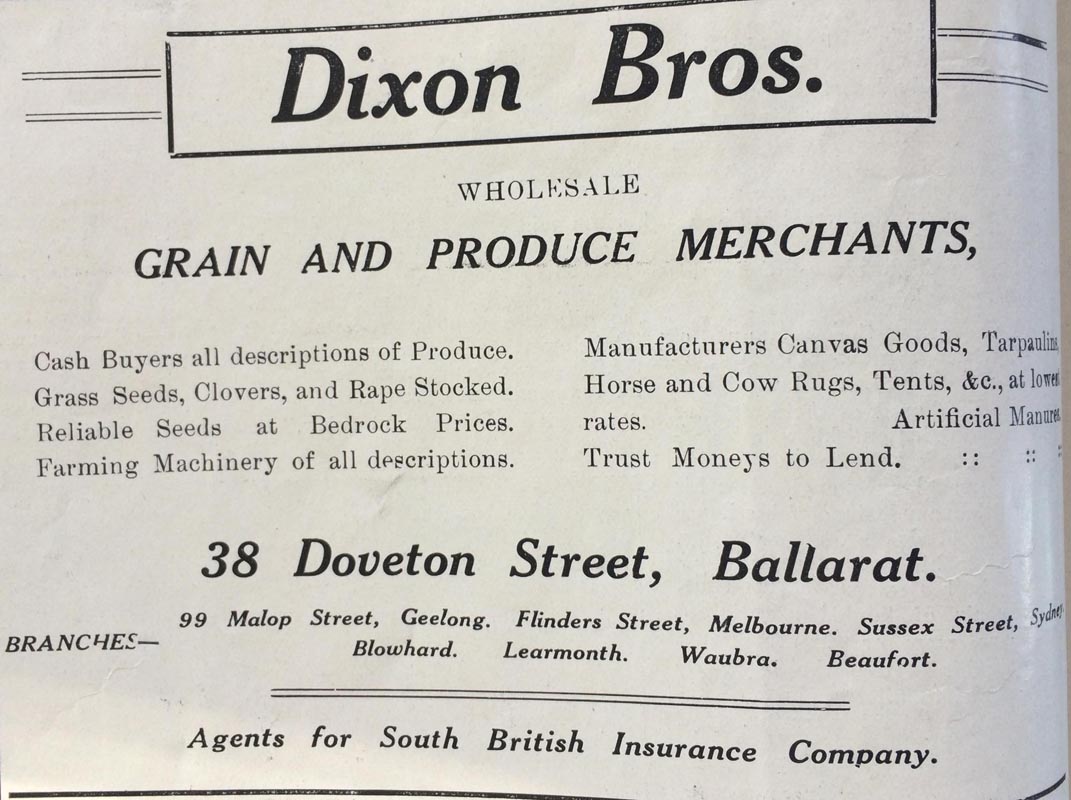 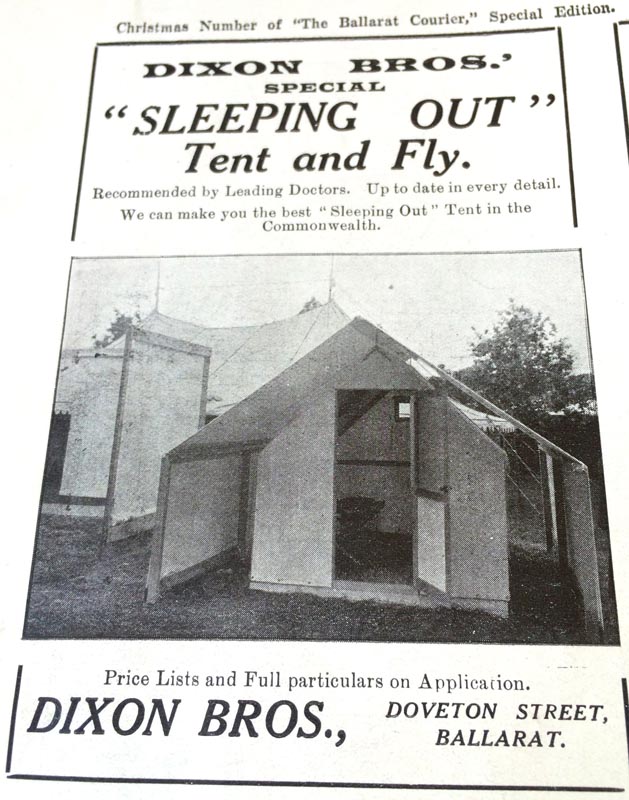