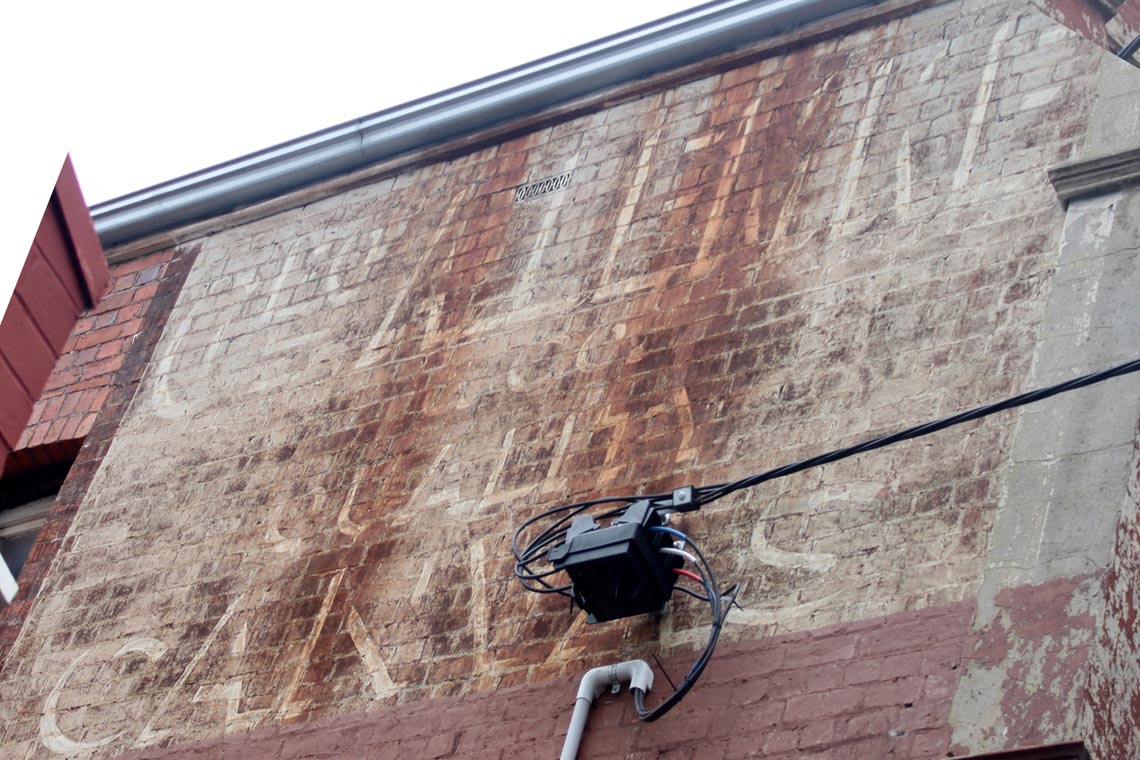 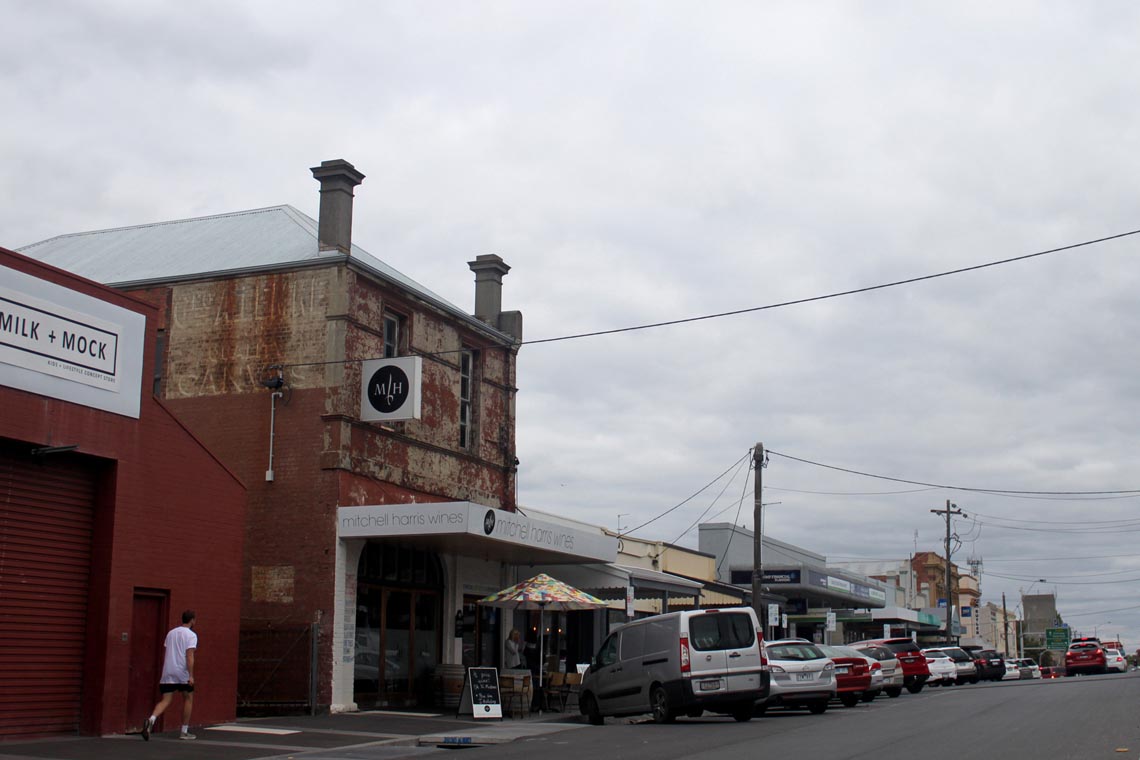 Look up and you can still see the impressive sign advertising George A Lemke's Quality Canvas. Born in 1891 in North Melbourne, George Adolph Lemke moved to Ballarat, opening his canvas and tarpaulin manufacturing business in 1911.
World War 1 interrupted George's business activities. In 1917 he enlisted in the Australian Imperial Force (AIF) serving overseas as an air mechanic in the Australian Flying Corps. George's service is recognised on a plaque on Ballarat's Avenue of Honour, along with 3911 other men and women from Ballarat and district who served in the Great War.

After the war he returned to Ballarat and in 1920 his business was located at this current site, 18 Doveton Street South. This portion of Doveton street was a hub for agricultural and horse goods. In the street could be found farriers, saddlers and produce merchants. Horse sales held on the street outside Lemke's business drew large crowds of people.
George A Lemke produced and sold a range of canvas products, including tarpaulins, verandah blinds and window blinds, water bags, deck chairs, cow and horse rugs, hammocks and tents.

Outside of his business activities, George had a love of singing and was a talented baritone vocalist, competing in and winning many competitions. When he travelled to Tasmania in January 1924 with a Ballarat Choir, his performance in Hobart was described in the local newspapers:

'The solo work generally was good, and that of Mr George Lemke was a great treat and was a quite a feature of the entertainment. He possesses a fine voice and his interpretations were a revelation.' - Launceston Examiner, 23 January 1924 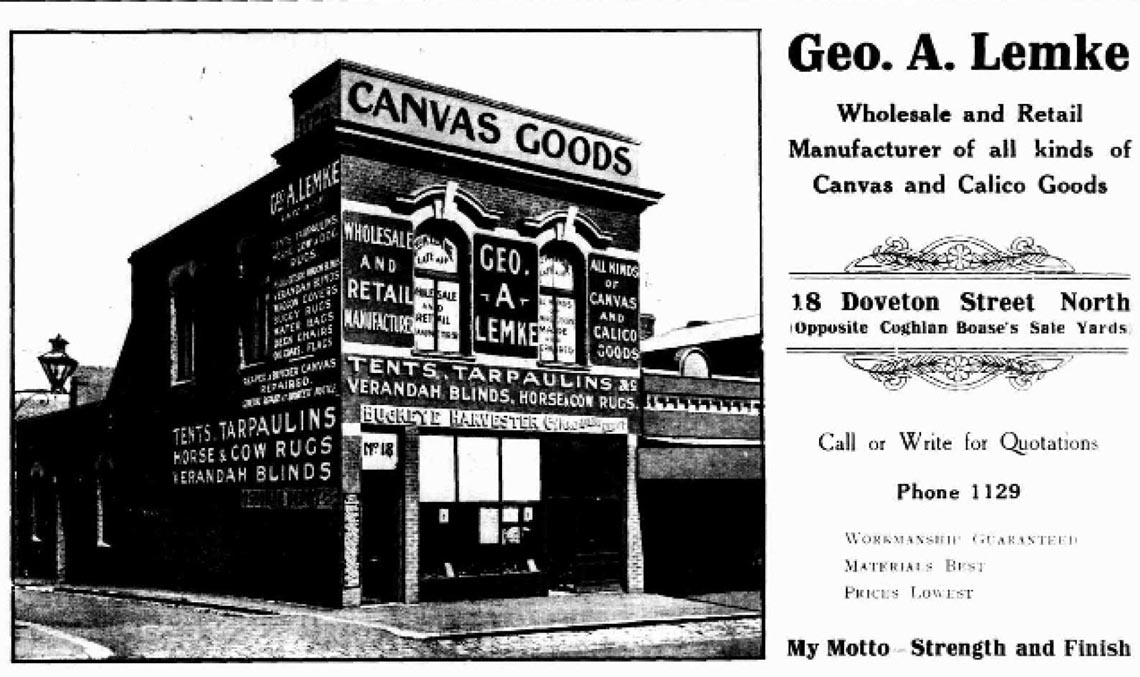 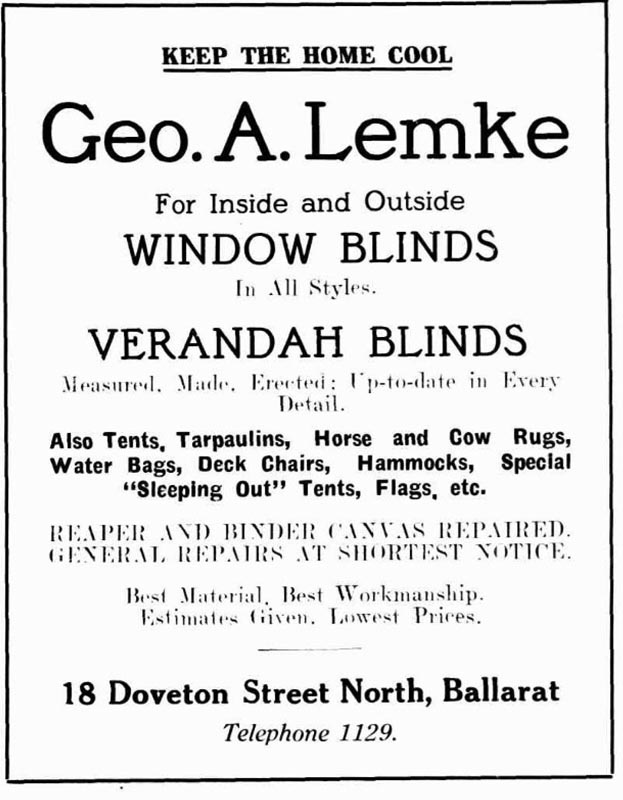 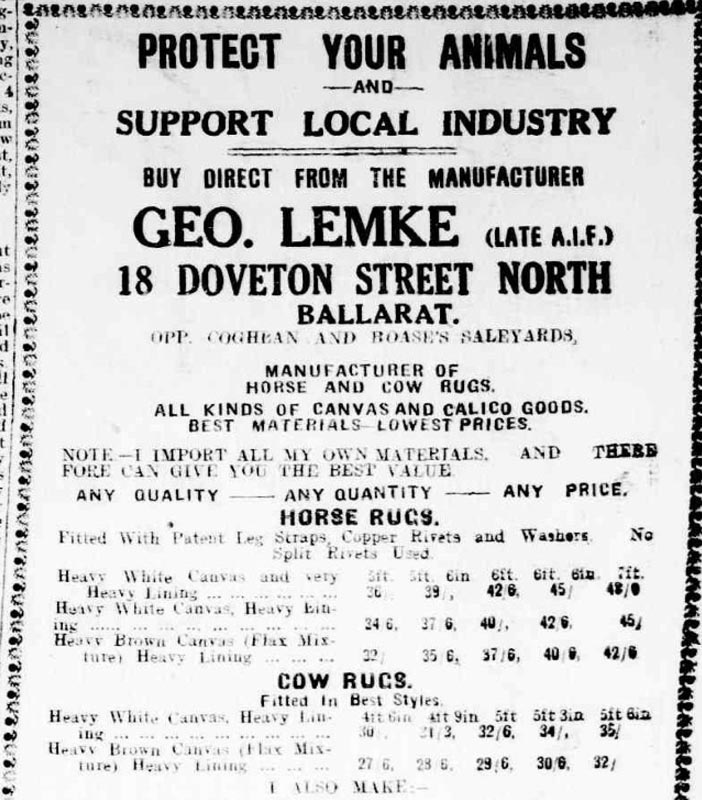