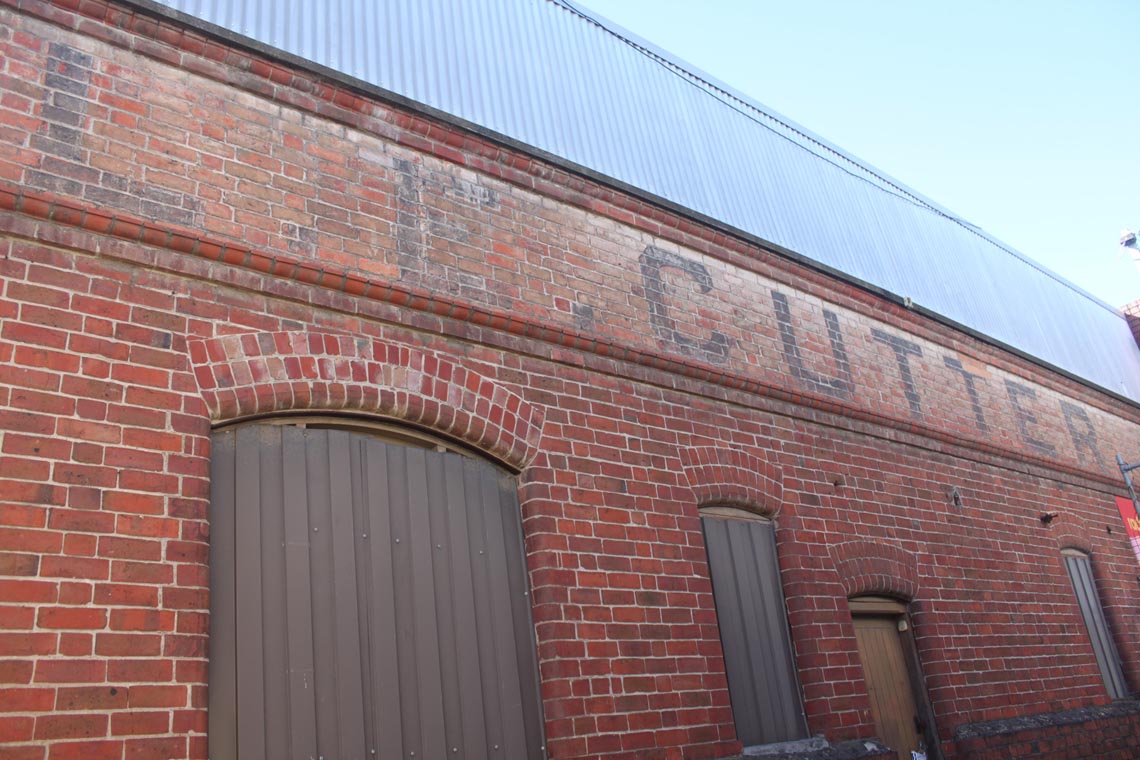 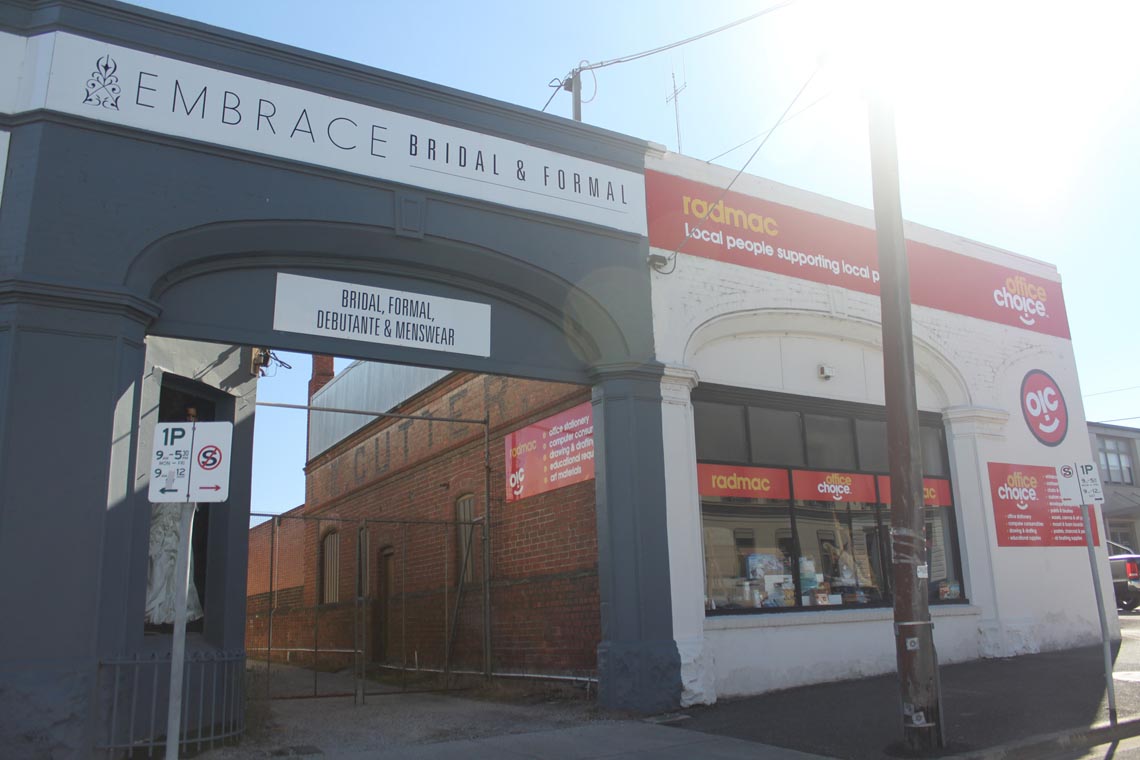 1853, and Ballarat was in the grip of gold fever. Every day people were arriving to try their luck on the goldfields or to set up businesses catering to the needs of the booming population. Coaches, wagons and other forms of horse transport were in high demand.

Stretching along the south side of the building in front of you is the name of one of Ballarat's earliest and most successful coach building businesses - L.E. Cutter. Here Laurence E. Cutter and later his sons, built their award winning carriages and coaches that were be sold across Australia and the world.

Established in 1853, as Cutter and Lever Coach builders, the business later known as L.E. Cutter or Cutter Brothers was one of the premier coach builders in Australia. Here all manner of coach, gig, sulky or trap was produced to the highest quality using only the best wood from Australia, America and England. L.E Cutter Coach and Carriage Builders frequently won awards for their innovative and beautiful designs. In 1866 one of their coaches was exhibited at the Intercolonial Exhibition Melbourne and chosen to represent the manufacturing feats of the Colony of Victoria at the Paris Exhibition.

As technology changed so too did Cutter Brothers. By 1916 they had expanded into the manufacture of motor vehicles.

'MESSRS L. E. CUTTER AND CO.. A visit to Messrs L. E. Cutter and Co.'s carriage and motor factory, at 114 Armstrong street, will prove a revelation to most people on account of its magnitude and the wide range of work the proprietors undertake. Undoubtedly the most interesting department is that devoted to the manufacture of motor cars. At present there are several of these in course of construction, and those who are privileged only to see the finished article flashing past in the street have much to occupy their attention and to excite their interest in the observation of the amount of detail and mechanism necessary for the production of a first grade car. The coachbuilding branch, at which also a large staff is employed, may likewise be inspected, together with a large collection of completed cars and vehicles. Several of the latter were successfully exhibited at the late agricultural show.'- The Courier, Wednesday 11 October 1916

In 1916, Cutter Brothers built a new ambulance for the 6th Field Company, Australian Medical Corps serving overseas during WW1. Named 'Ballarat' the ambulance's construction was supported by funds raised from a performance by Dame Nellie Melba held at the Coliseum theatre in 1915. 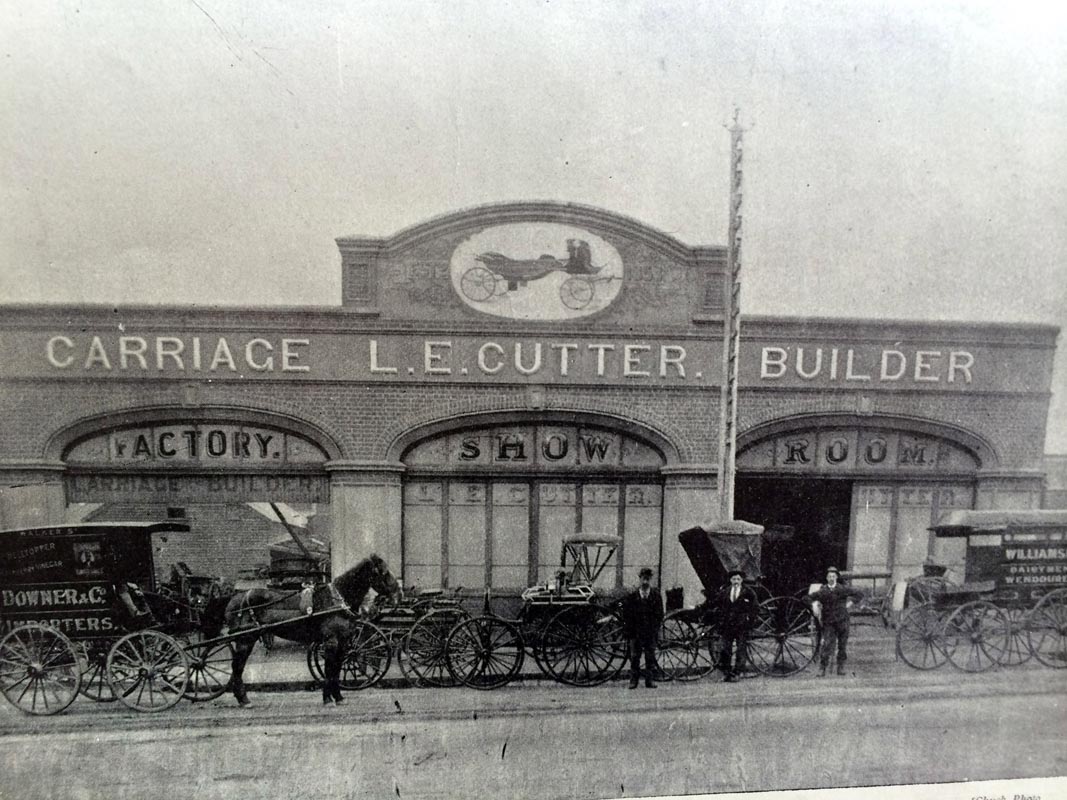 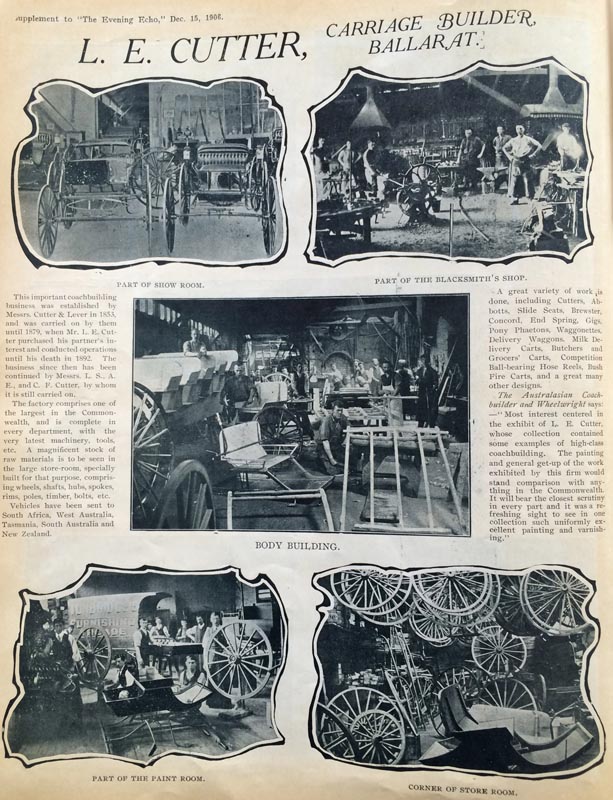 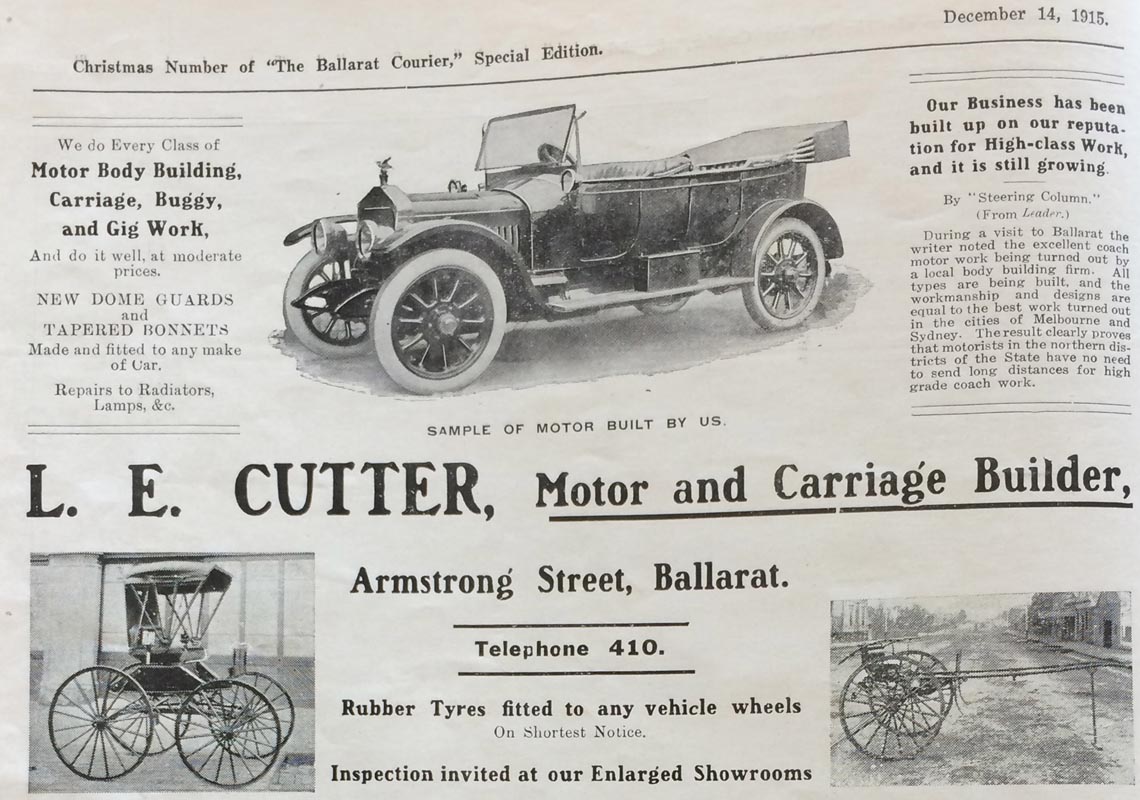 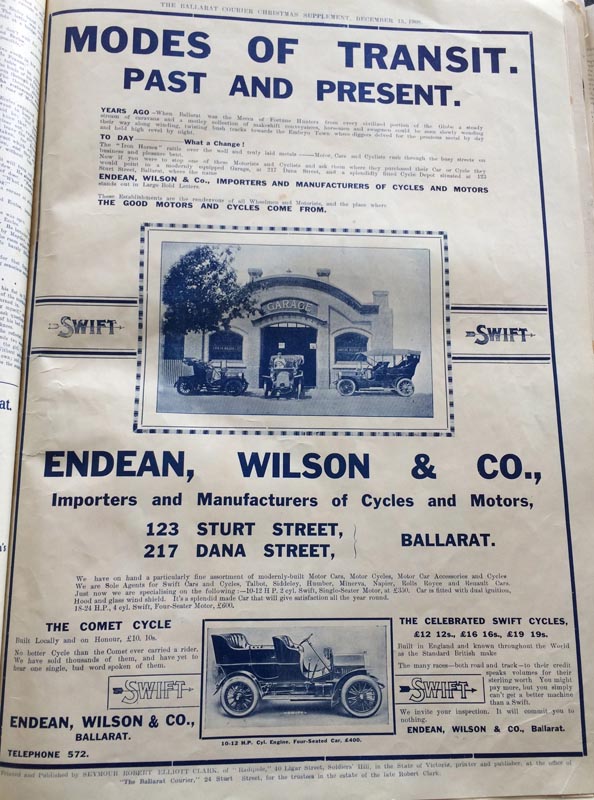 Transport Past and Present 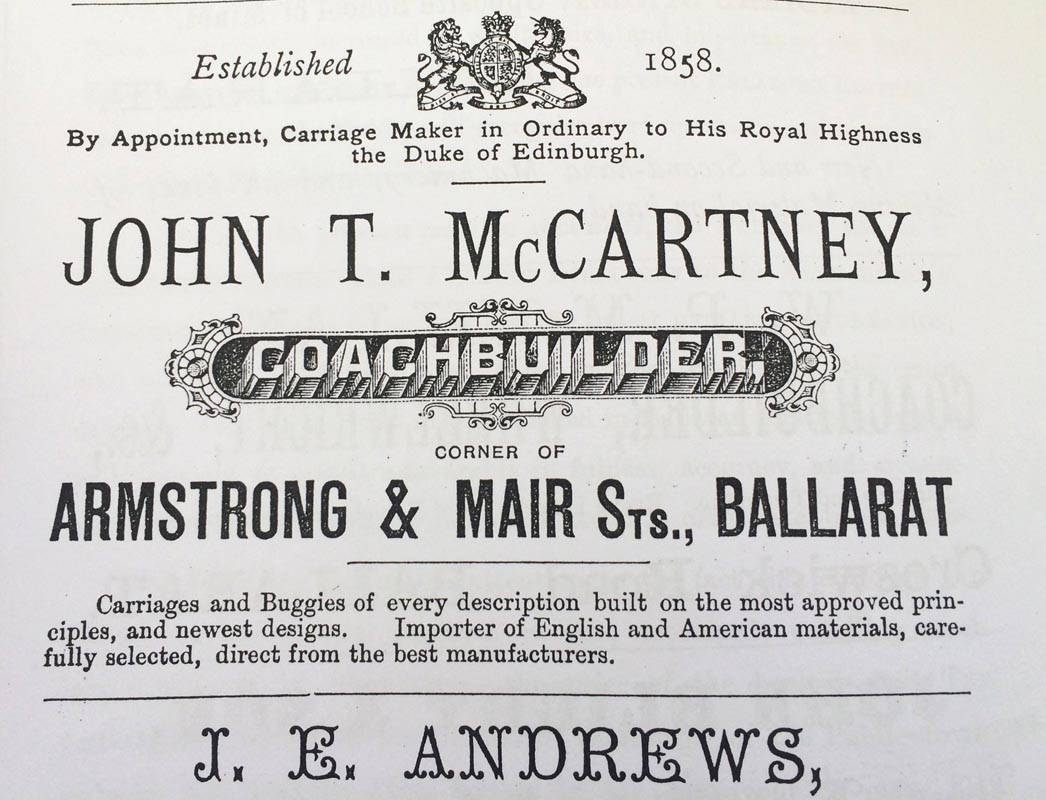 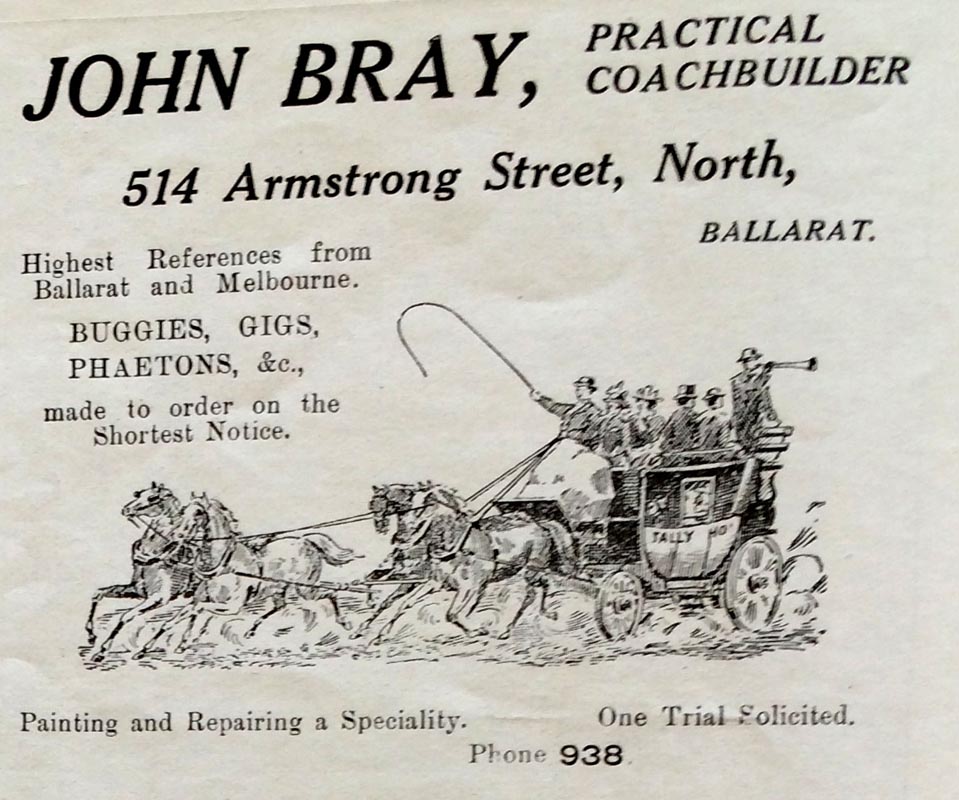