The Corner Corner of Sturt and Lydiard St 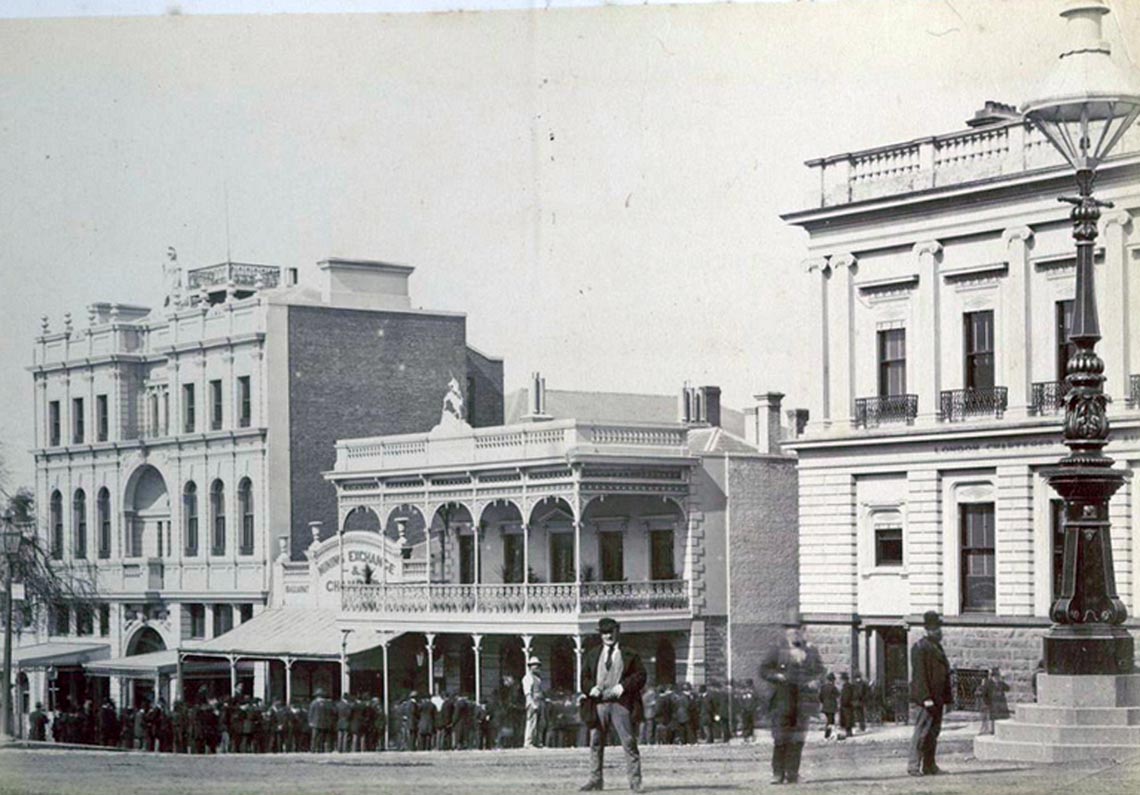 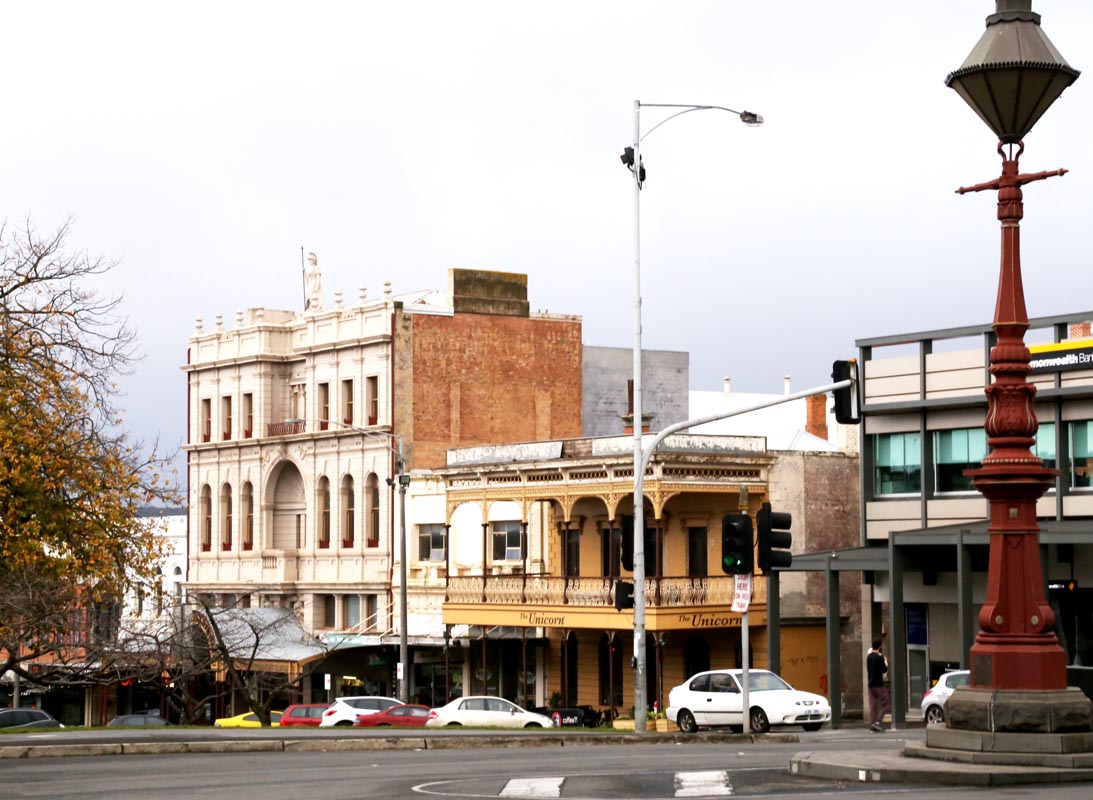 Instructions Drag the line left or right to reveal what this corner looked like many decades ago.
Show More

During the 1860s this corner ranked among the world's busiest financial hubs; known simply as The Corner, hundreds of gold speculators, dealers and agents would cluster here and vigorously engage in the business of trading in mining stocks and ventures.

This was originally an informal meeting place front in of Stallard and Goujon, the first stockbrokers to set up shop on this corner. The first official stock exchange was a shed over a mineshaft on the site now occupied by Her Majesty's. This was followed by a larger exchange occupying the Unicorn Hotel and Ballarat Mechanics' Institute, before the bigger Ballarat Mining Exchange was built in 1887.

"When the rich gutters were nearly worked out, and the large original shares had got reduced to scrip, share dealing became a larger and livelier business, and brokers and jobbers multiplied, nearly all of them being, for the first few years, men who had been actually engaged in mines as working or sleeping shareholders. The business was accompanied by projection of new ventures, and the occasionally violent alternations of activity and depression which usually mark the course of share dealing, for promoters of new schemes have to live, if they can, by their craft, and the passion for scrip gambling provided an ample arena for their exploits." - History of Ballarat - J.B Withers

This was the place not just where money was invested, but where the first news of gold finds was hollered out to clustered groups of miners and speculators amidst robust questions and discussions of the quality of the finds.

In 1966 the original London Chartered Bank building was demolished and was replaced by this modern bank building. 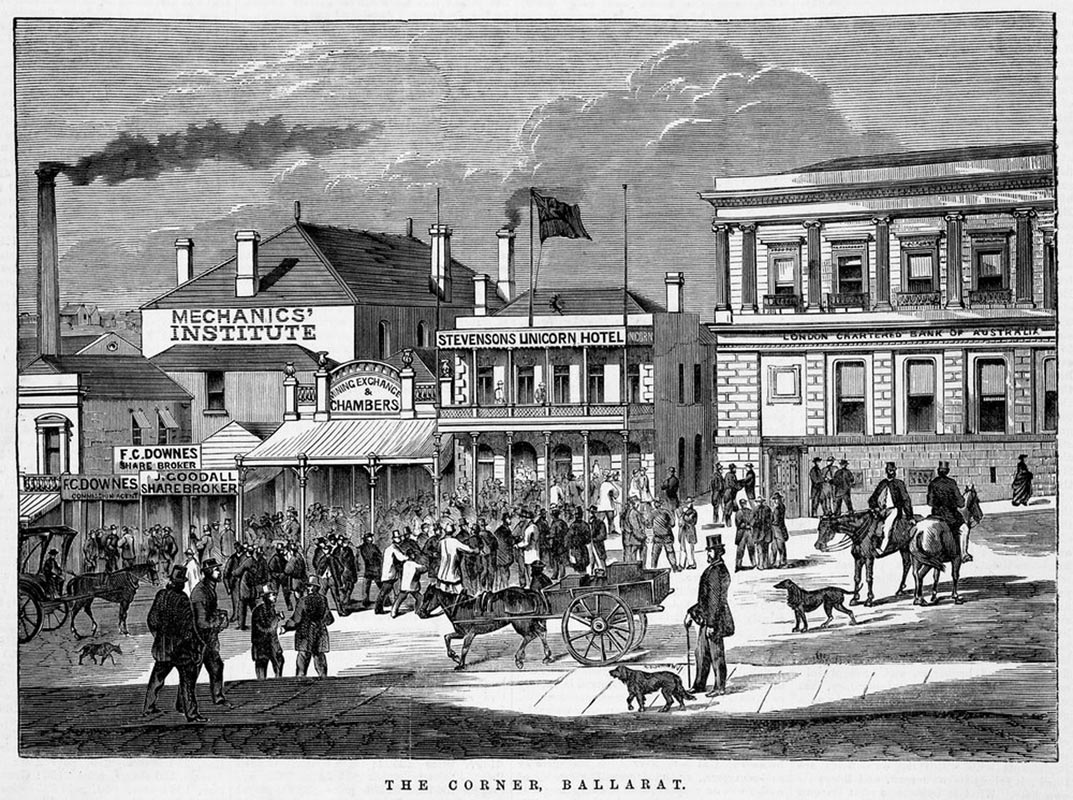 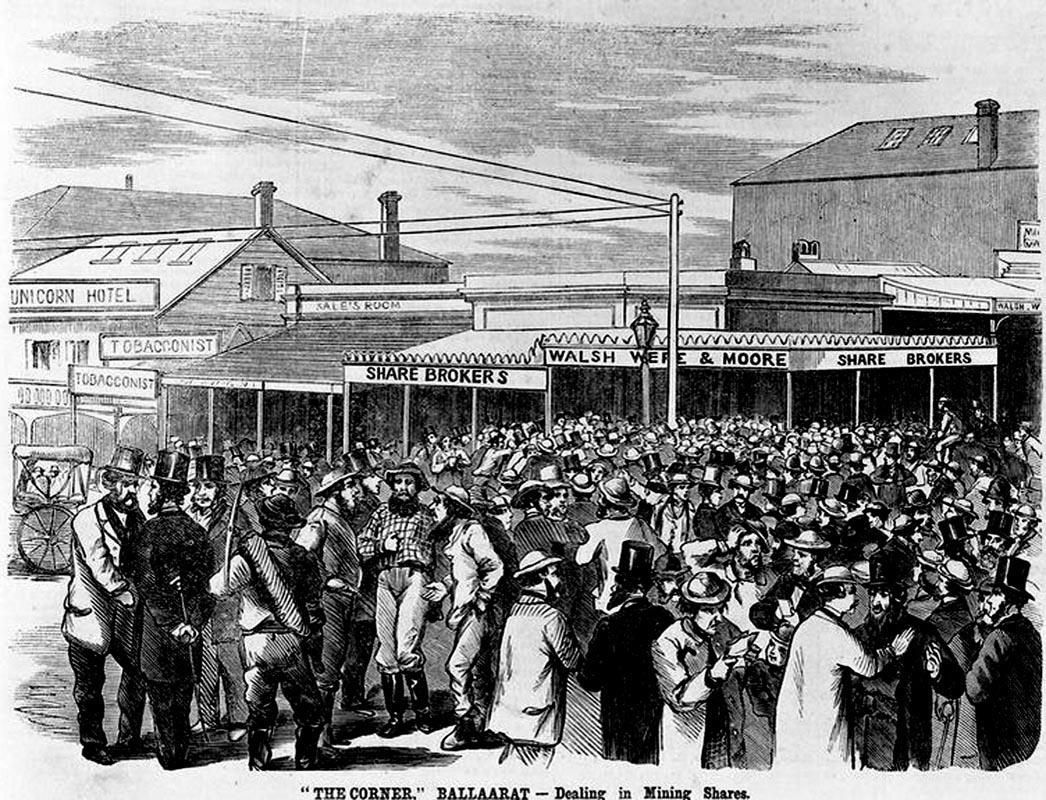 Sharebrokers at The Corner 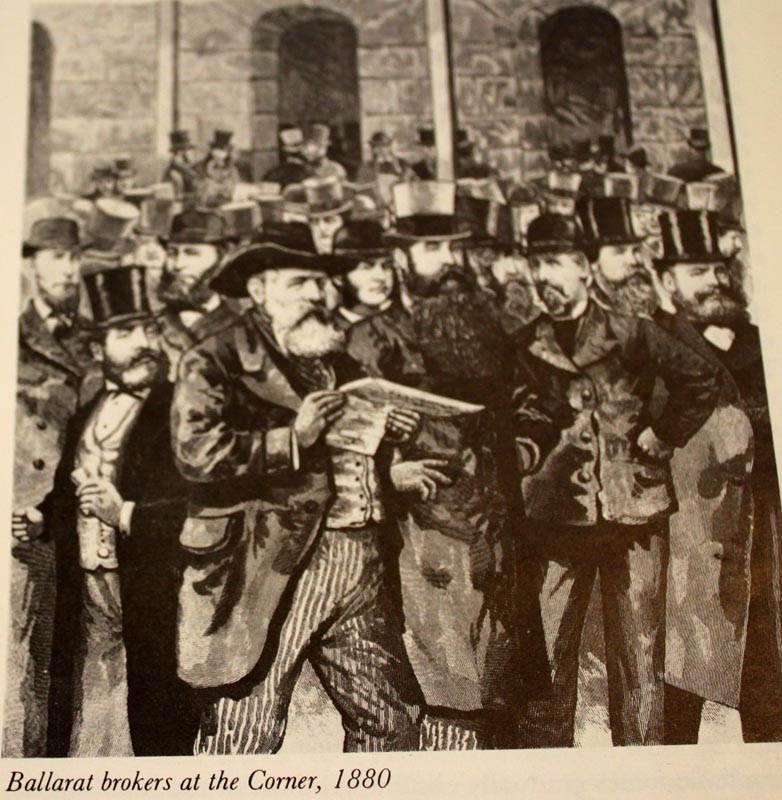 Ballarat brokers at The Corner 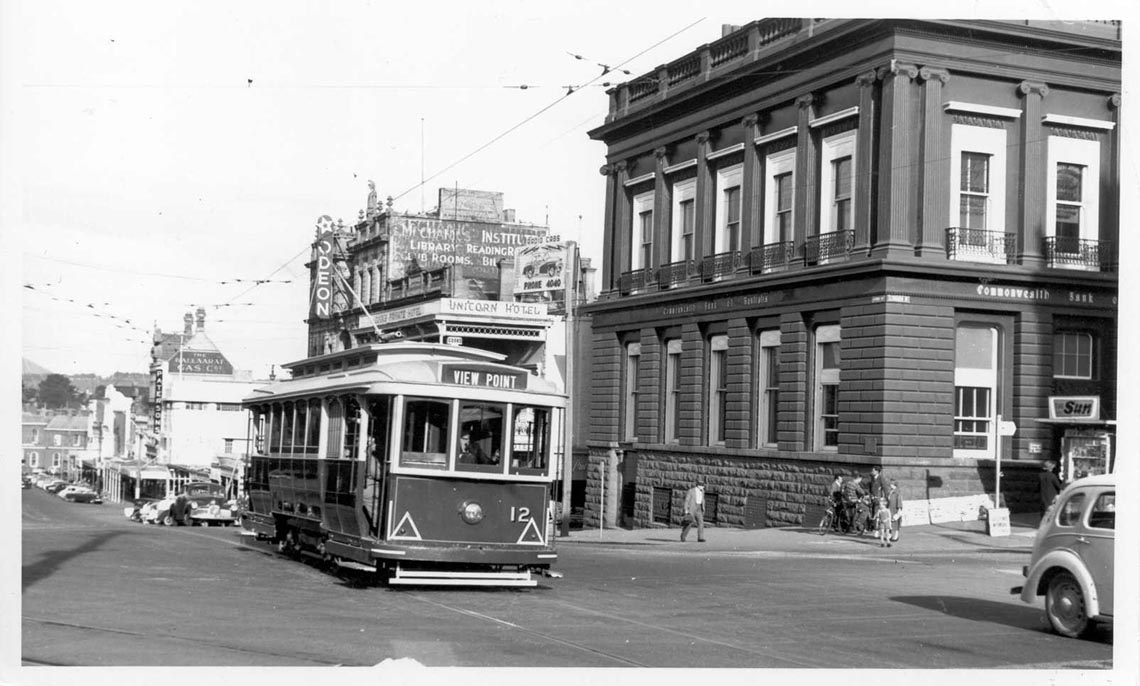 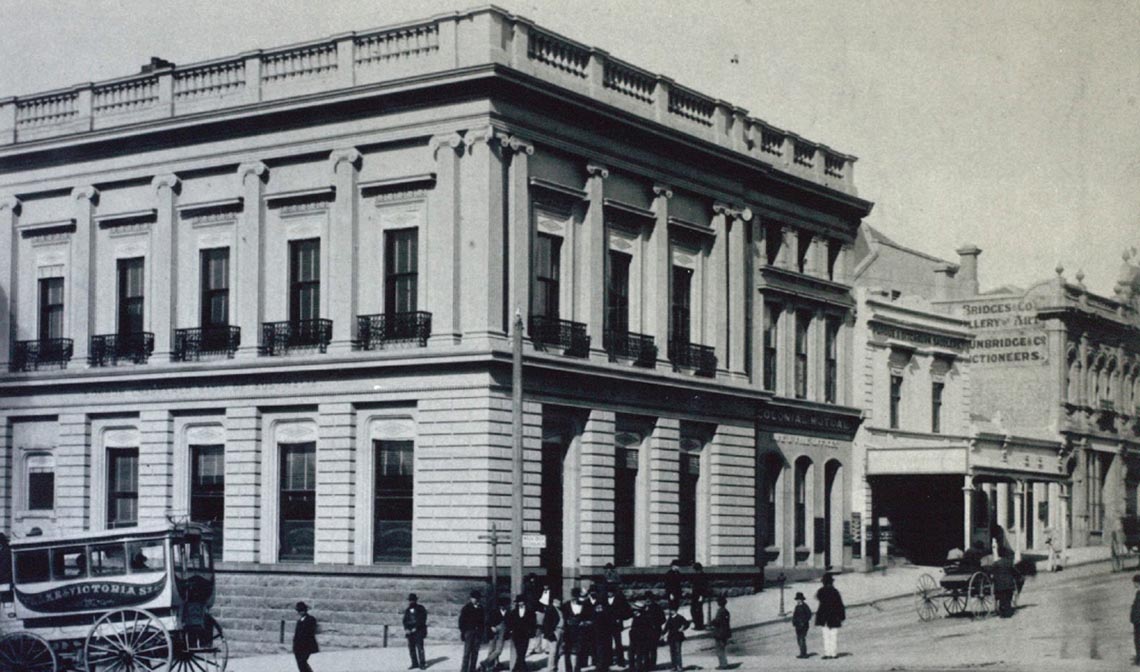 The old bank building at the Corner