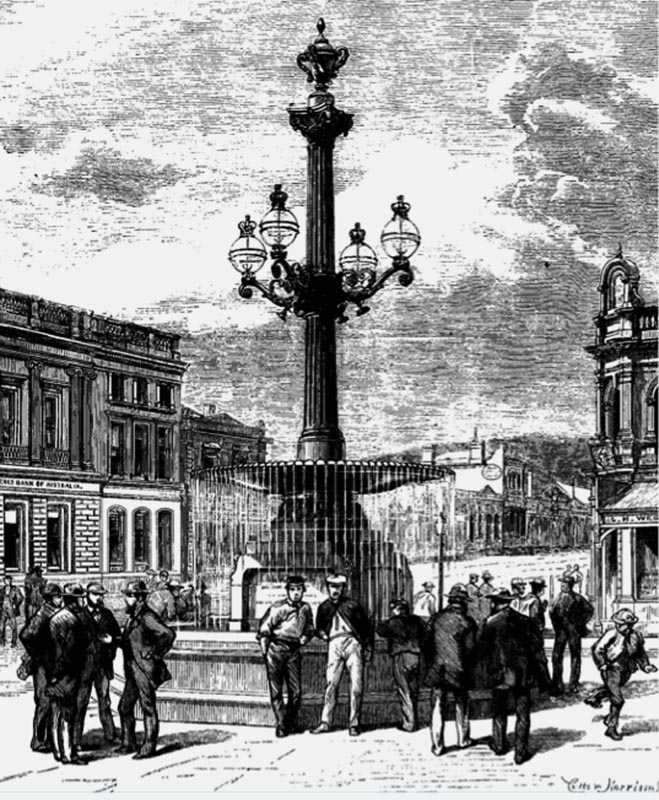 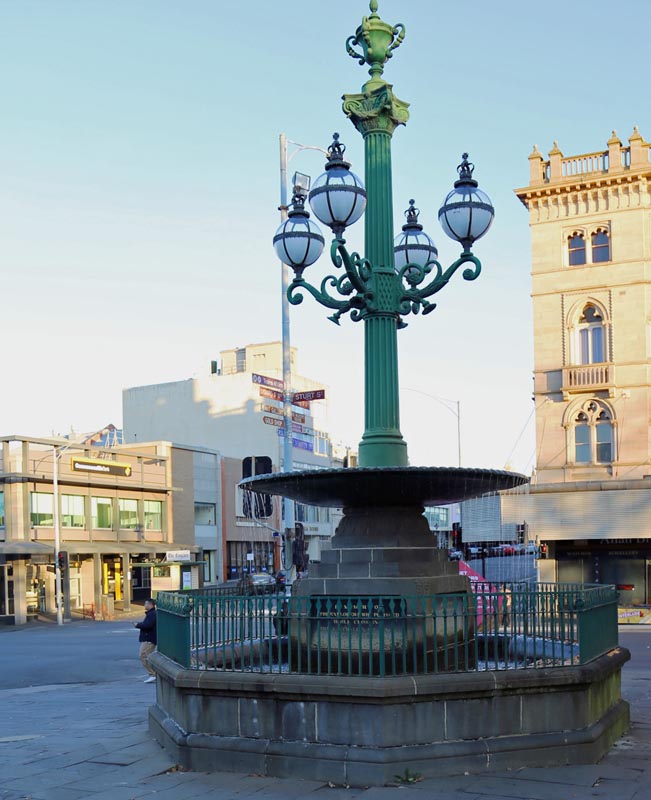 Across Lydiard Street opposite the statue of Robbie Burns is the monument to a very Australian story. The 1860 Burke and Wills expedition, which sought a route from Melbourne to the Gulf of Carpentaria in Australia's far north, has a Ballarat connection.

Dr William Wills, the 2nd in charge and the astronomical and meteorological surveyor for the expedition was something of a local. He learned trigonometry, Euclid drawing and geometry working in the Ballarat Survey office, initially having worked as a gold digger and then at his father's surgery practice on the Ballarat goldfields in the 1850s.

Following the tragic demise of all but one person on the expedition, a massive clocktower and monument to the expedition was proposed on this site. A public call for subscriptions to raise the 200 pounds required for the grand structure yet only managed to raise 79 pounds. In 1866 a new push to complete the monument began again; the monument before you was unveiled the following year.

The only survivor of the expedition, John King, had his name added to the monument only after his death in 1872. In the mid 20th century this corner became a popular late-night gathering place, with hot pies and snacks for sale from a mobile cart for late night revellers.

In 2011 a time capsule interred at the time of the monument's construciton was opened, its contents found to be a collection of coins, a copy of the Ballarat Star and a bottle of spirits, now broken and its contents long spilled out. The same year a new time capsule was placed in the monument with its opening date set at 2111. 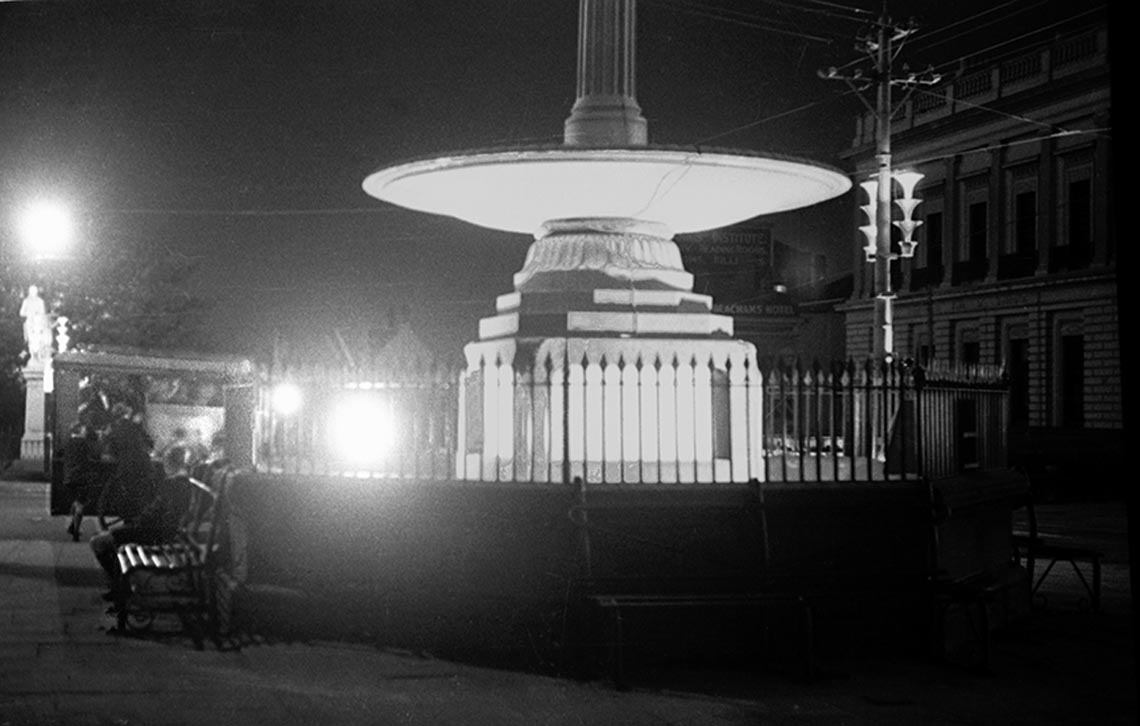 Pie cart in front of Fountain 1938 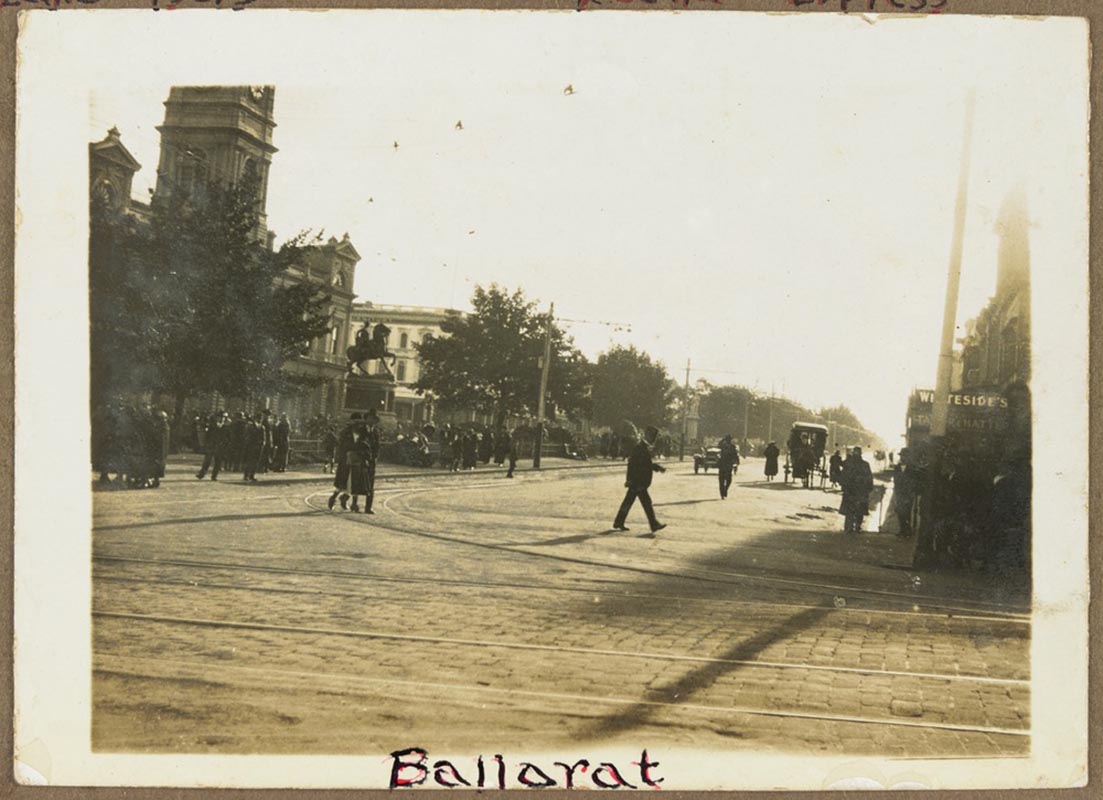 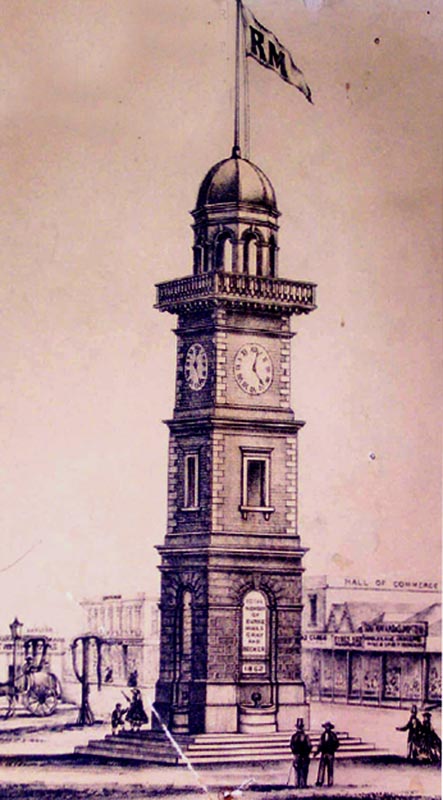