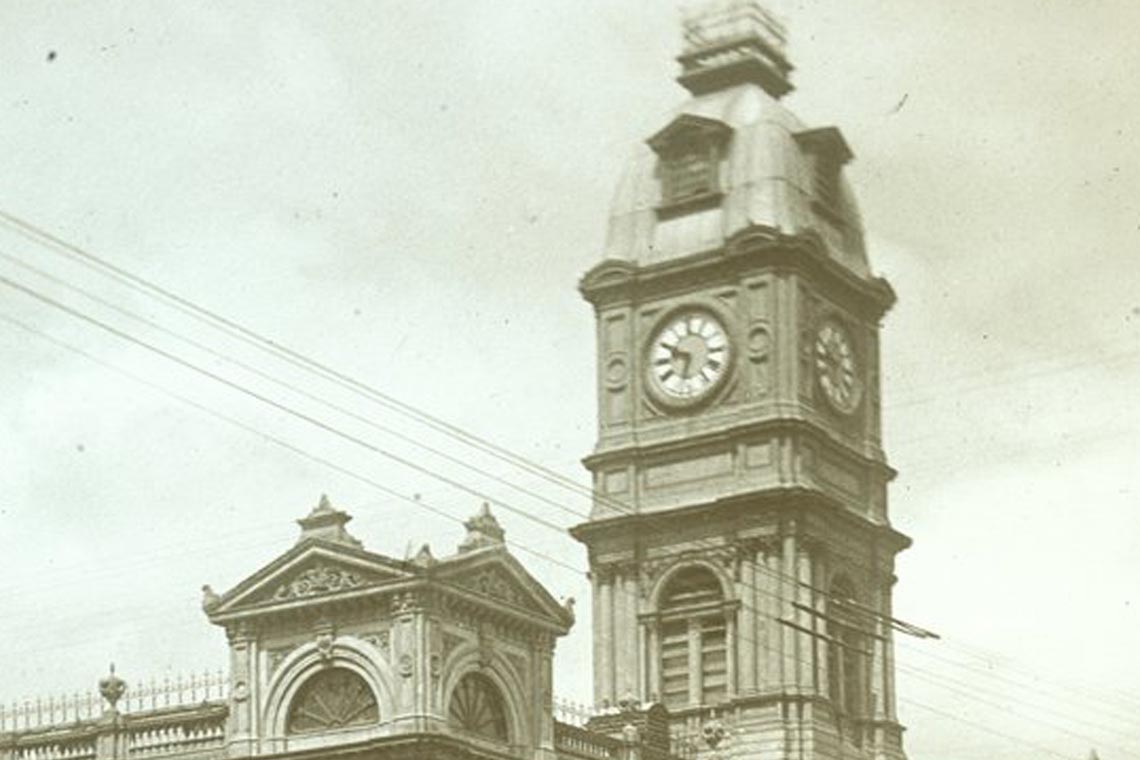 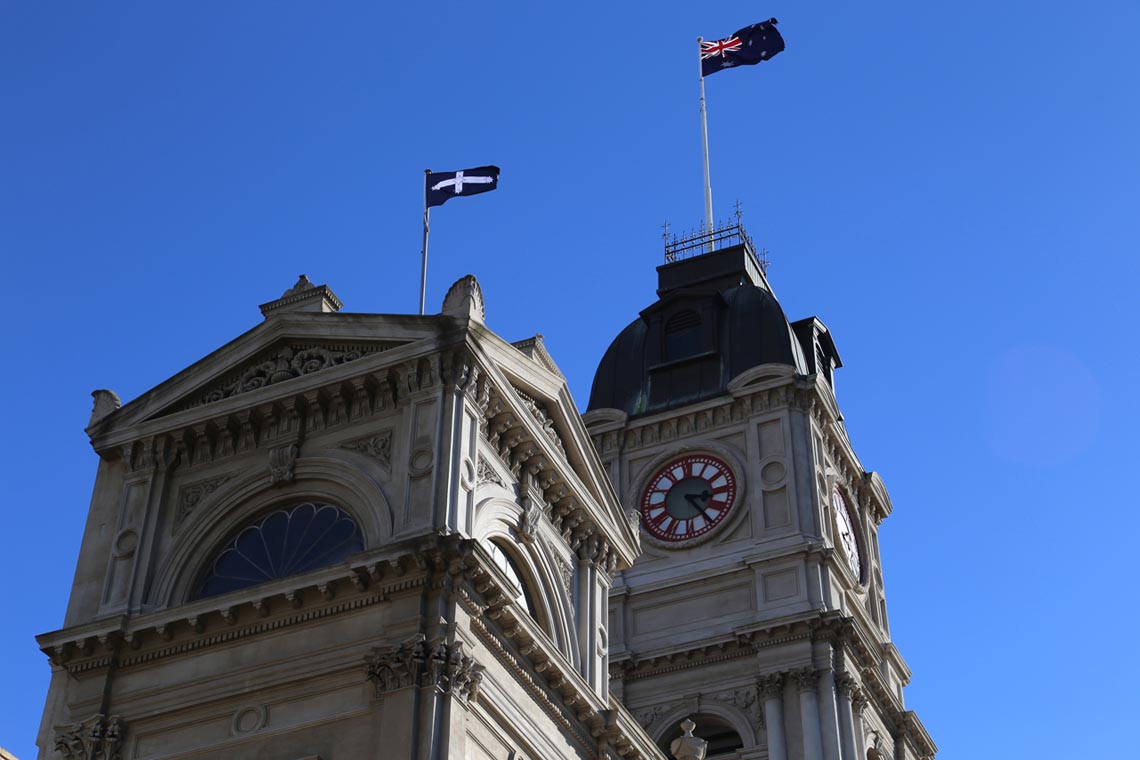 The Ballarat Town Hall was constructed according to the designs of three architects following a competition in 1868; the first wooden Town Hall had burned down in a fire and the initial proposal for a replacement building was deemed too costly. Inside the tower are the eight Alfred Bells, which have chimed out across the town ever since Christmas Day in the 1870s.

One story told about the Alfred Bells is that they were ordered and purchased from England by a councillor because his wife missed the sound of church bells; the truth is somewhat darker: historian Weston Bate points out it was a public gesture by the people of Ballarat following an attempted assassination of a member of the Royal family.

"Those bells rang out an astonishing postscript, for they were a public penance for the fact a Ballarat man, HJ O'Farrell, a demented, alcoholic Irish-produce dealer from the Market Square, shot the Duke in the back (fortunately hitting his braces) during public picnic in Sydney on Thursday March 12, 1868" -Weston Bates, Lucky City

Henry James O'Farrell had aspired, and failed to be ordained as a minister of the Church. He worked at Clunes as a farmer and had been working as a grain merchant in Ballarat, last seen at Market Square, before travelling to Sydney to prepare for ordination. It was there that he shot at the Duke. Despite clear indications that O'Farrell was suffering a mental breakdown at the time he was found guyilty and hanged.

In Ballarat the town's memories of its recent celebrations for the Duke's visit appeared to heighten the shock and outrage at the news of the assassination attempt - subsequently a call was made for public subscription to raise money for a set of bells dedicated to Prince Alfred. The four and a half tonnes of bells were commissioned and cast at the Mears and Steinbank Foundry in Whitechapel, London.

In 1981 the bells were removed and sent back to the Whitechapel foundry for recasting and re-installation in a new steel frame in the Town Hall tower. This is one of three Town Halls in the world equipped with its own bells - and most likely the nly one in the world to have been designed by three architects - the exterior by JJ Lorenz, the interior by HR Caselli, and the whole thing brought together by Percy Oakden.

The eight bells can be rung in 5,040 different permutations - ringing all permutations without repeat or error has only been successfully done three times in Ballarat's history and is an evergreen challenge to bellringers and all campanologists. 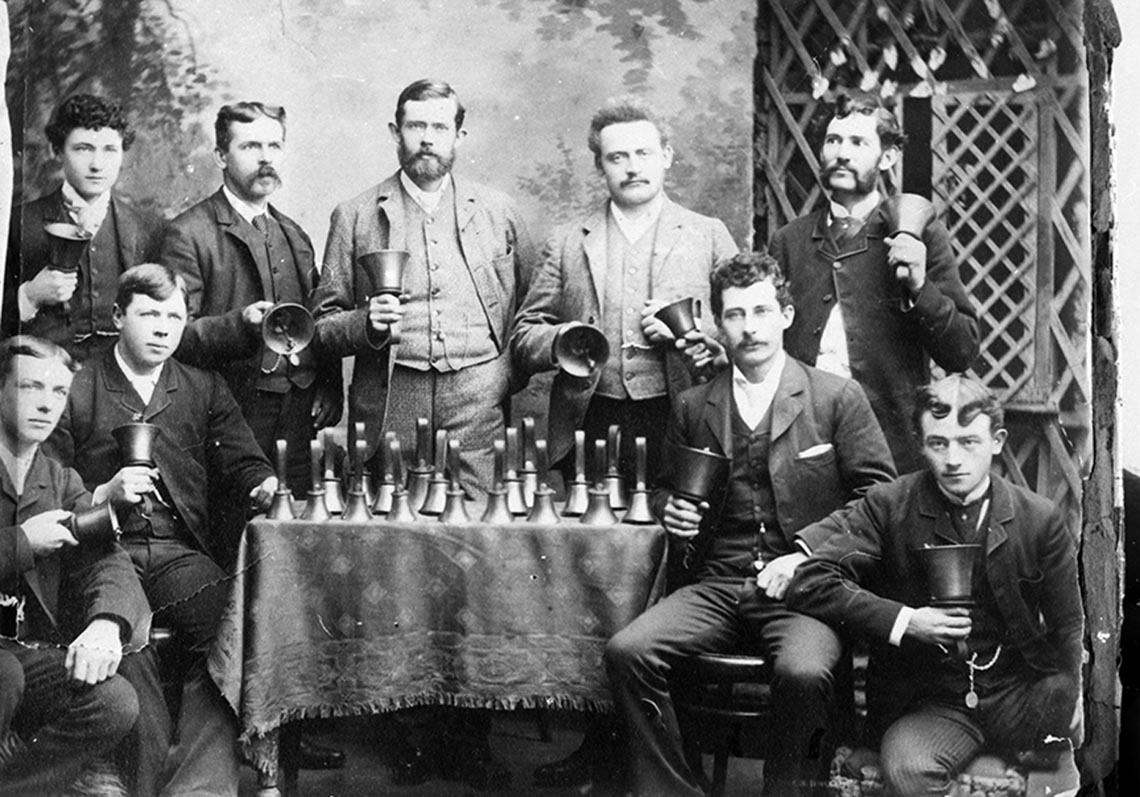 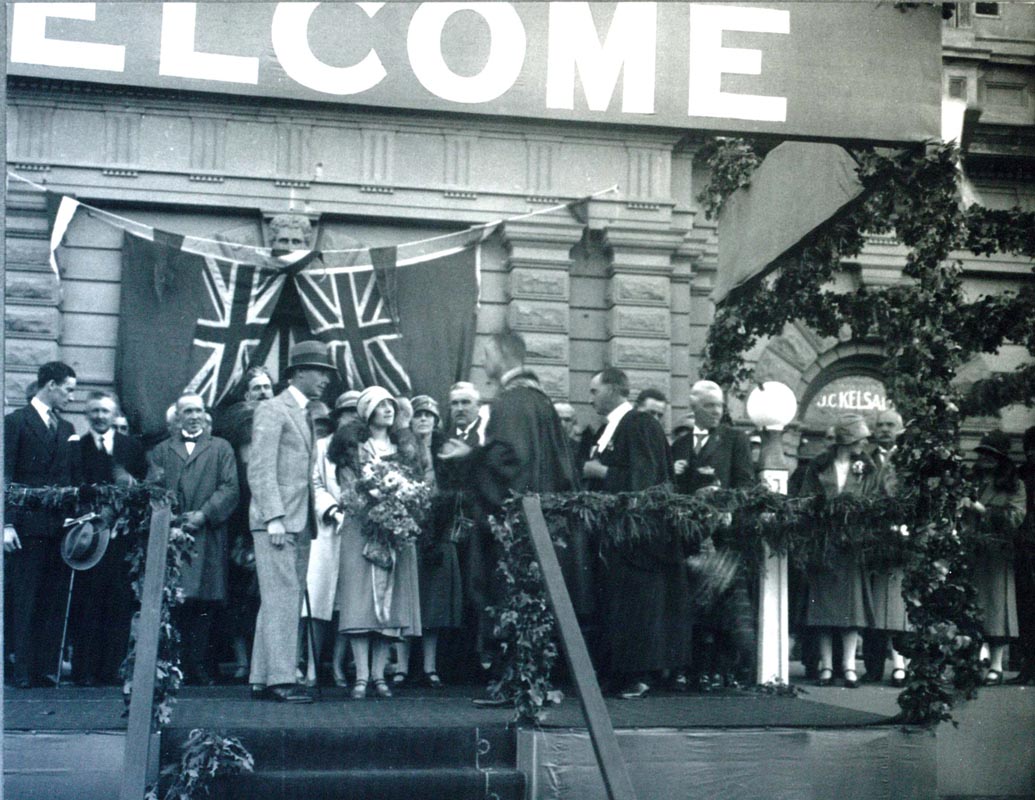 Royal Visitors at the Town Hall 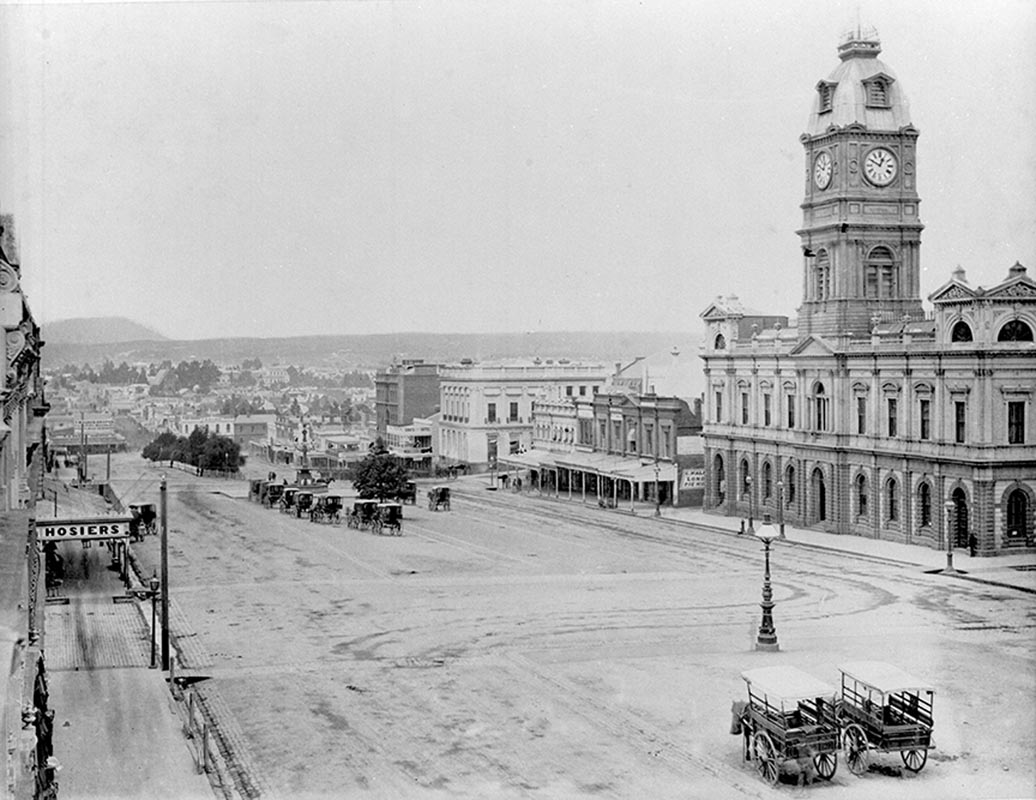 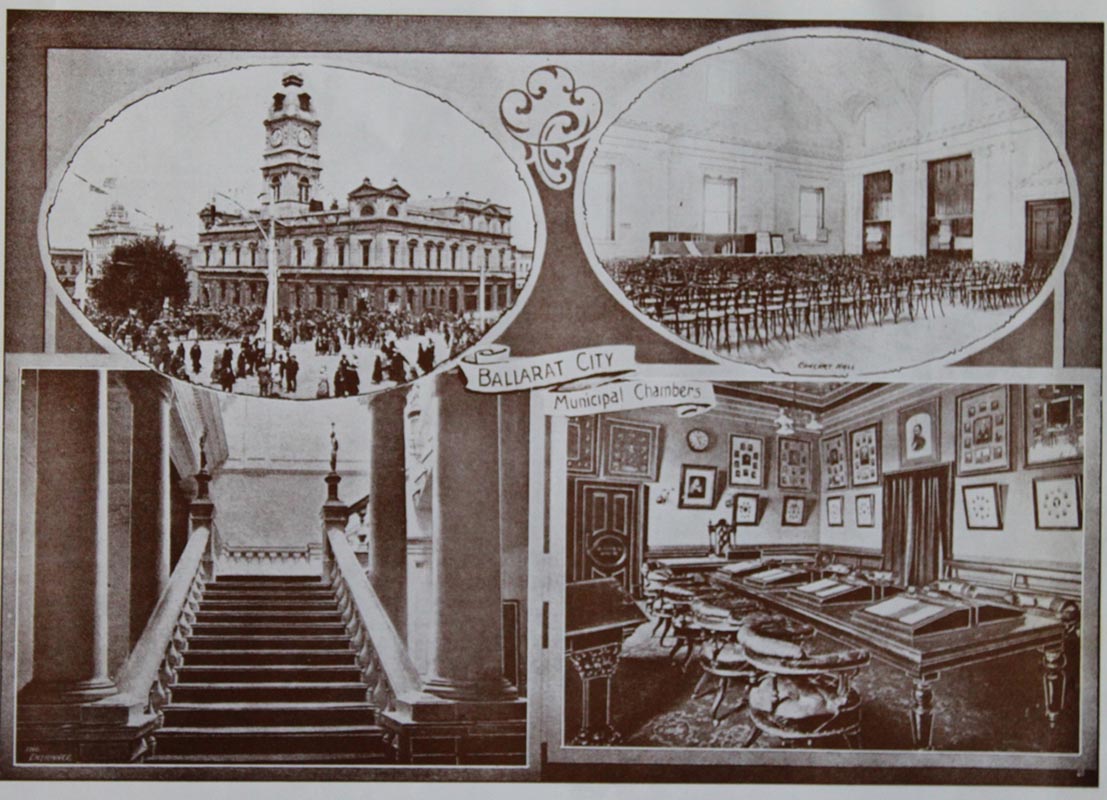 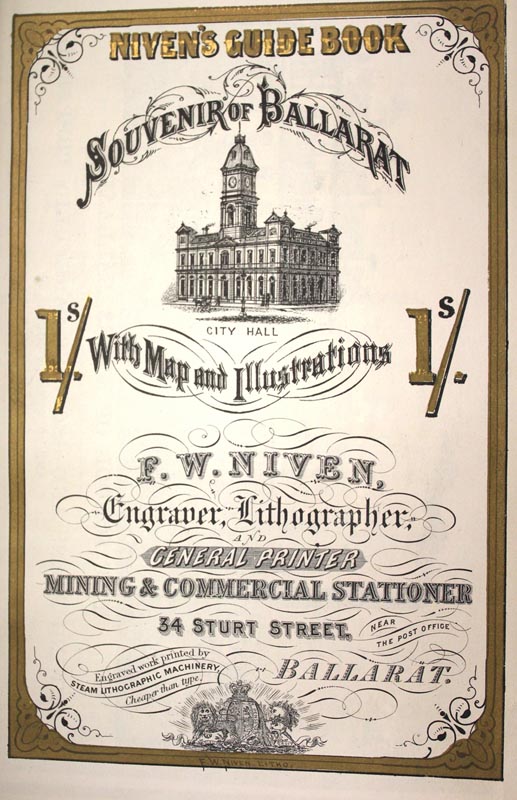 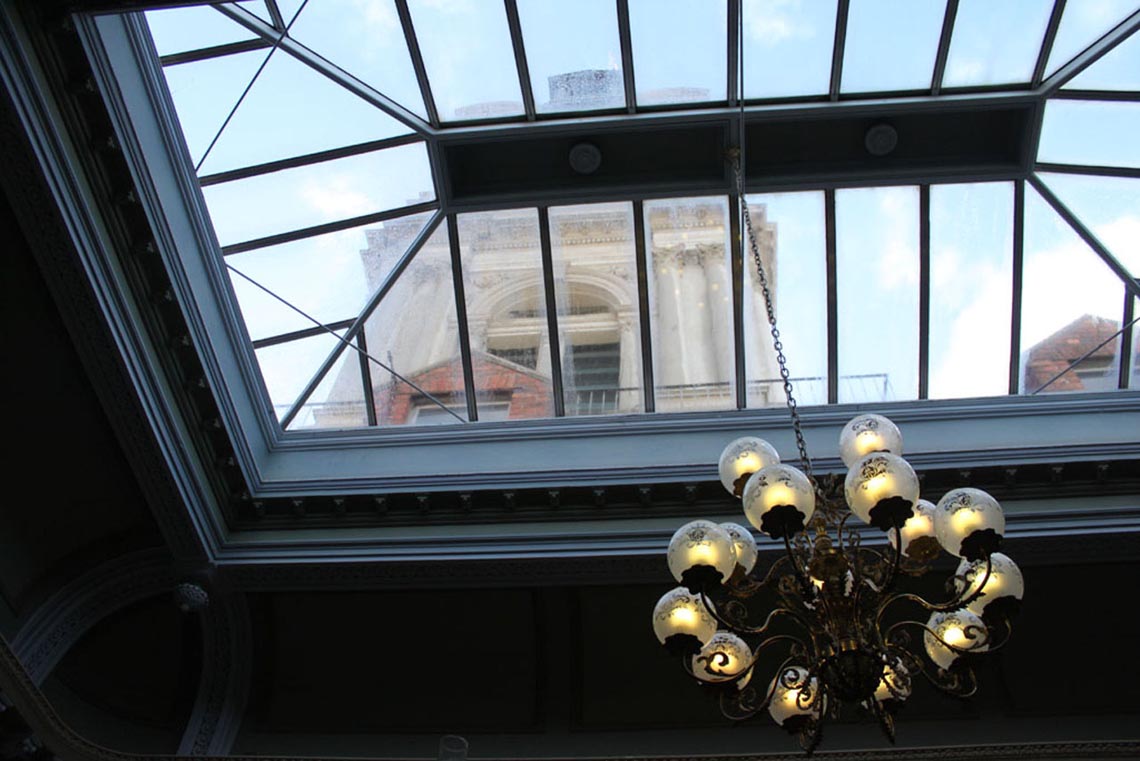