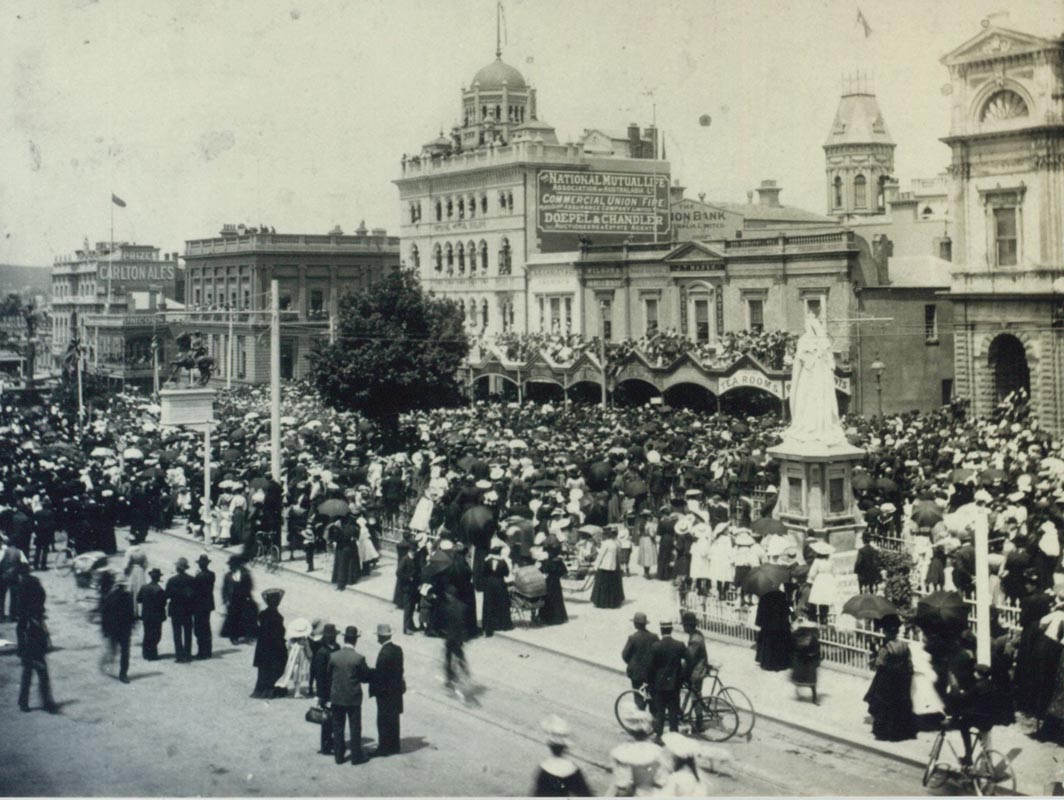 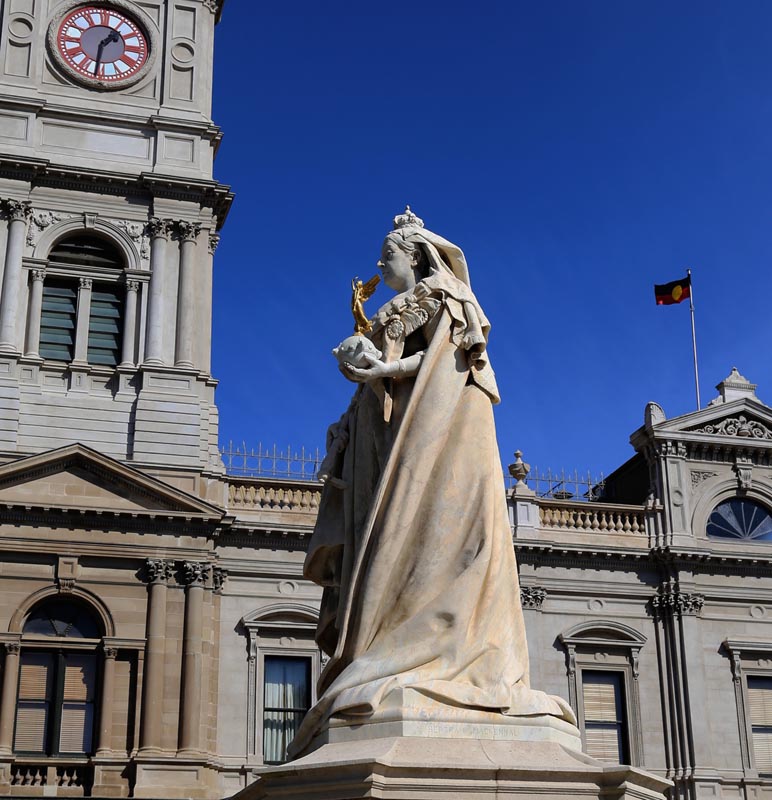 There have have been several Royal visits to Ballarat, beginning with the Duke of Edinburgh Prince Alfred's visit in 1867, followed by Prince Albert Victor and Prince George of Wales in 1881, the Duke of York (later King George V) and his duchess in 1901, the newly coronated Queen Elizabeth II in 1954 and Prince Charles and Princess Diana in 1983.

This statue of Queen Victoria was commissioned in 1897 to mark Queen Victoria's diamond jubilee, unveiled before a crowd of 20,000 people, and the square where the statue resides was named Victoria Square.

Besides the ignominy of being the home of the attempted assassin of the Duke of Edinburgh in 1867, Ballarat was also scene of a security incident during the visit of Prince Charles and Princess Diana in 1983, when an eager train driver found himself at gunpoint, having surprised the Royal couple in his haste to greet them

It is a little known fact but there was a moderate to serious breach of security when the Royal Train reached Ballarat. As no formal introduction had been arranged between the locomotive crew and the Royal Party, Driver Bill Steedman decided to take matters into his own hands. He leaped off S300 upon arrival, exited the No.1 platform at Ballarat by jumping over the platform fence near Lydiard Street and ran around the back of the station. As the Royal Party were leaving the street side of the station entrance, Bill rushed towards HRH The Prince and Princess of Wales to introduce himself. The Royal couple were rather startled by the approaching stranger and for just a few moments Driver Steedman had loaded firearms aimed at his person by security personnel.
Golden Steam of Ballarat, King & Dooley

Royal Procession for Duke of York Celebrations in Sturt St 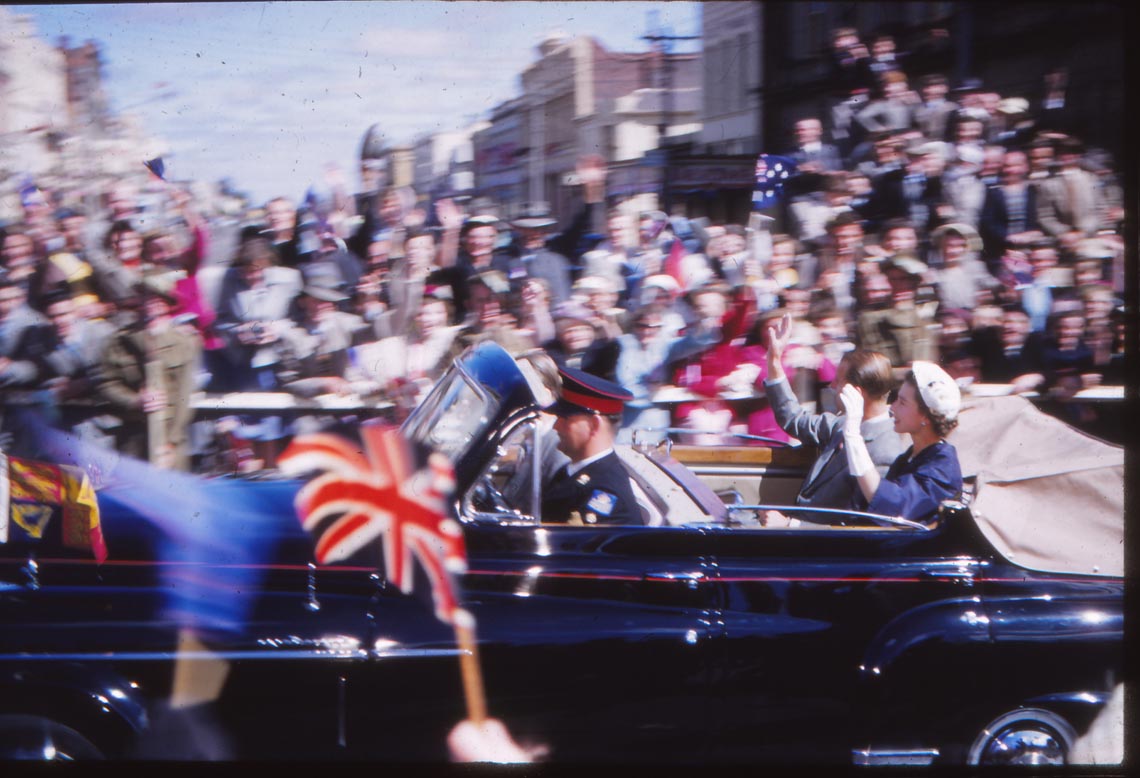 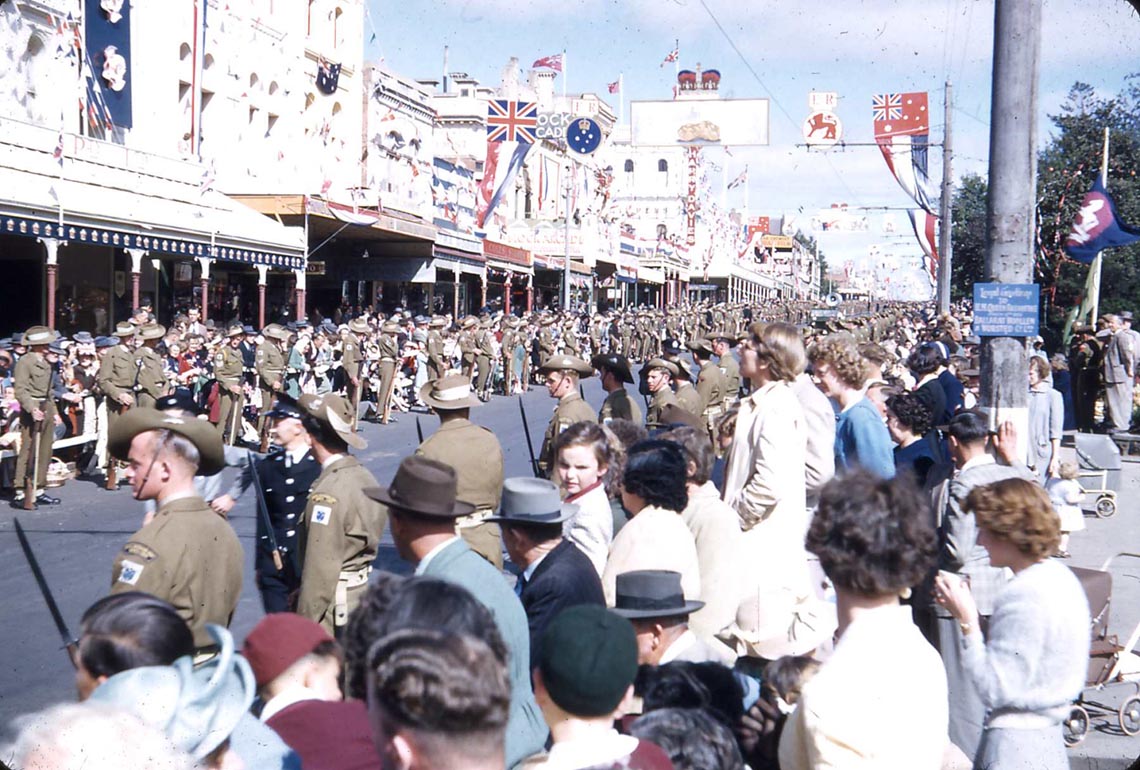 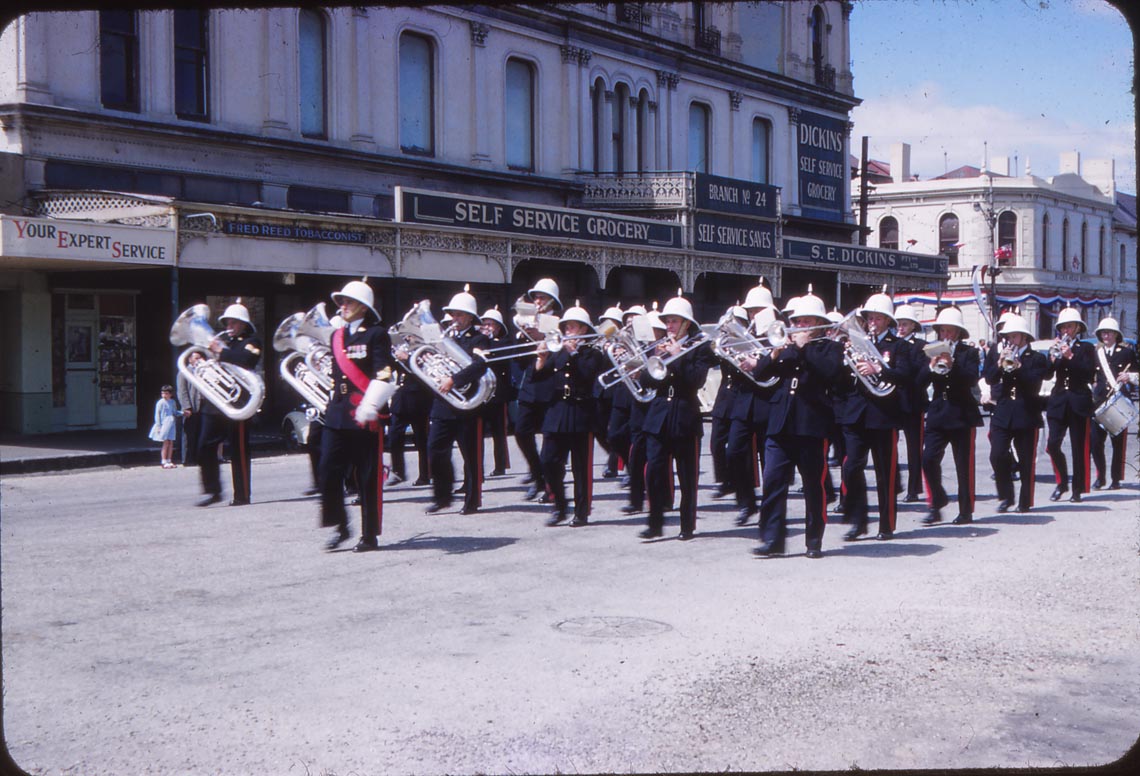