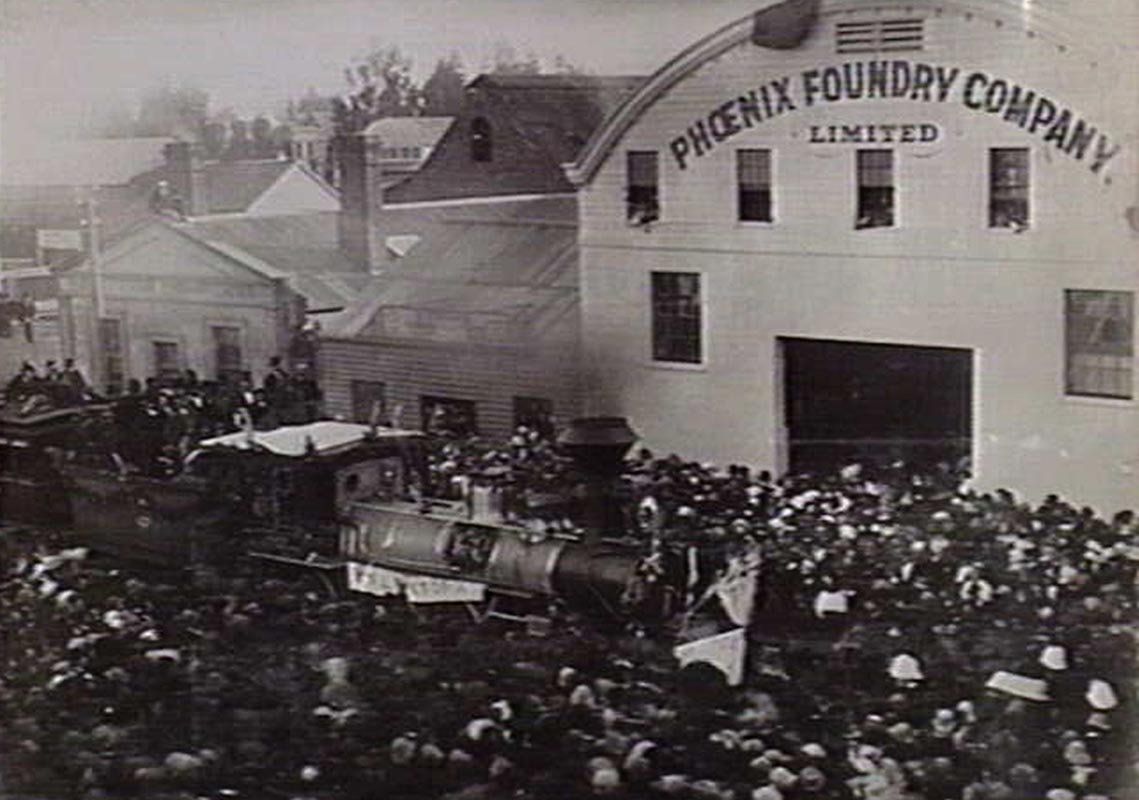 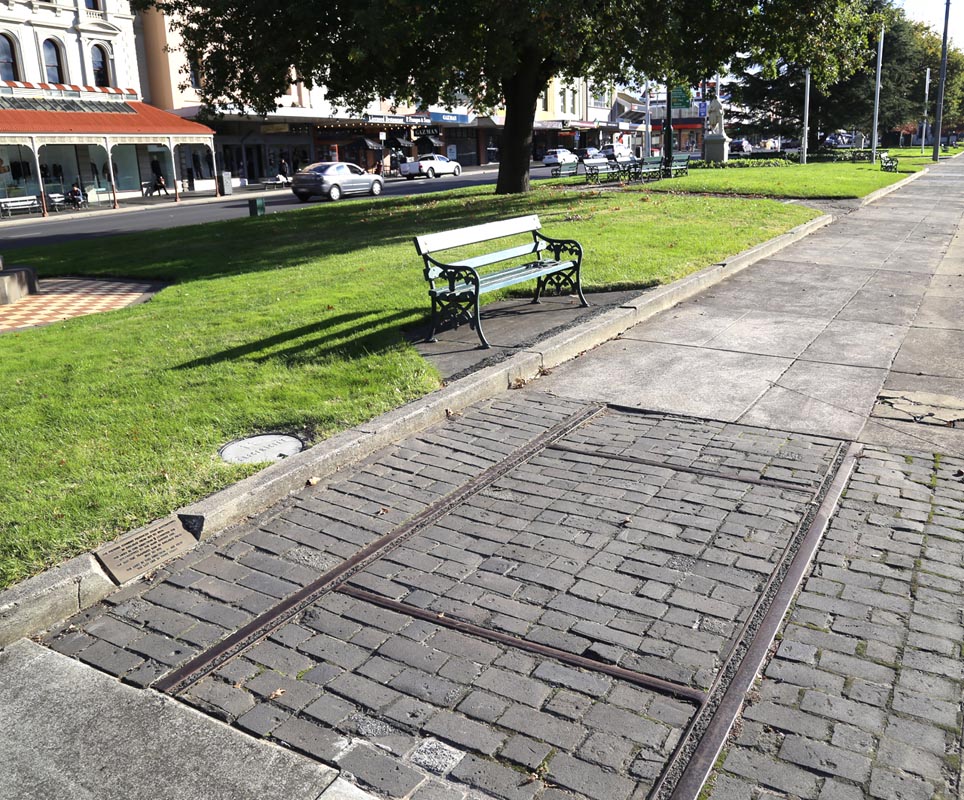 Instructions Drag the line left or right to reveal the tracks that remain from many decades ago.
Show More

To find this spot you need to be on the footpath of the central Sturt Street gardens opposite the bank, diagonal to the Town Hall. This is where we'll view the next couple of sites. Be careful crossing the street!

This one small remaining track embedded in a footpath is evidence not just of the famed trams of Ballarat - imagine gleaming new locomotives steaming slowly across this intersection, newly built at the Phoenix Foundry on Armstrong Street, on their way to the Ballarat railway station.

At one time employing more than 500 people as well as fielding its own football team, brass band and amateur theatre troupe, the Phoenix Foundry was a sprawling complex, taking up the width of a city block from its front doors on Armstrong Street to its warehouses and loading docks on Doveton Street.

It became a huge supplier of the local mining industry, forging tools and building machinery, but is best known as Victoria's first train manufacturer, responsible for more than 300 locomotive engines as well as rolling stock and carriages; much of the iron used was sourced from the nearby Lal Lal Iron Company.

In 1871 the Phoenix Foundry won the first contract in Victoria to manufacture trains for the Victorian railways; previous trains had been reconstructed from parts brought in from interstate. For the next two decades all trains on Victorian lines were built here, and passed this point on their way to service on the Victorian rail network.

The buildings are spread over a wide area of ground, and 130 men and lads were at the machines, the blacksmiths' fires, or in the blastinghouse. Three locomotives stood in a partly-finished state in the largest building. One had all its parts fitted into position, and needed but a few little things to render it complete. A glance from the complex mechanism, with its multitude of rods and bolts and fastenings, and its capacious boiler, to heaps of scrap iron and unshapely plates of the same metal, the raw material out of which all the parts had been constructed, at once prepared the visitor to expect a large variety of machines for cutting, rounding, piercing, planning, smoothing, and even polishing iron The Argus (Melbourne, Vic. : 1848 - 1956), Thursday 3 April 1873

In 1882 the Phoenix Foundry applied to Ballarat Council to have a rail line installed along Armstrong Street to allow locomotives to be rolled across Sturt Street and down to the railway station rather than be 'transported by steam tractor'. You can find the only remains of the Phoenix Foundry complex in the Phoenix Mall outside the entrance to the shopping centre - the base plate of the turntable used to allow the massive locomotives to turn on to Armstrong Street.

The arrival of the 100th engine on April 13, 1883, was celebrated with a public holiday in Ballarat, a special train covered in flowers and bouquets bringing the Premier, Ministers and other MPs to the celebrations, with thousands of people turning out to hear railway brass bands and cheer the leading hands of the foundry. In 1885 local concerns over being under-bidded on train contracts by the newly built Government rail works in Newport, Melbourne peaked with a protest meeting at the Alfred Hall, attended by an estimated 2,000 people. In 1905 the Phoenix Foundry went into liquidation; by 1906 the foundry had closed and redevelopment of the furnace and workshops commenced.

One remaining Phoenix stationary engine is in use at Sovereign Hill powering the gold mill, with one remaining locomotive, the Y-112 built in 1889, owned by the Ballarat Historical Society, maintained and operated by Steamrail. It was originally held at Ballarat East while it was being restored, but in a last twist of irony now resides at Steamrail's facility at Newport. 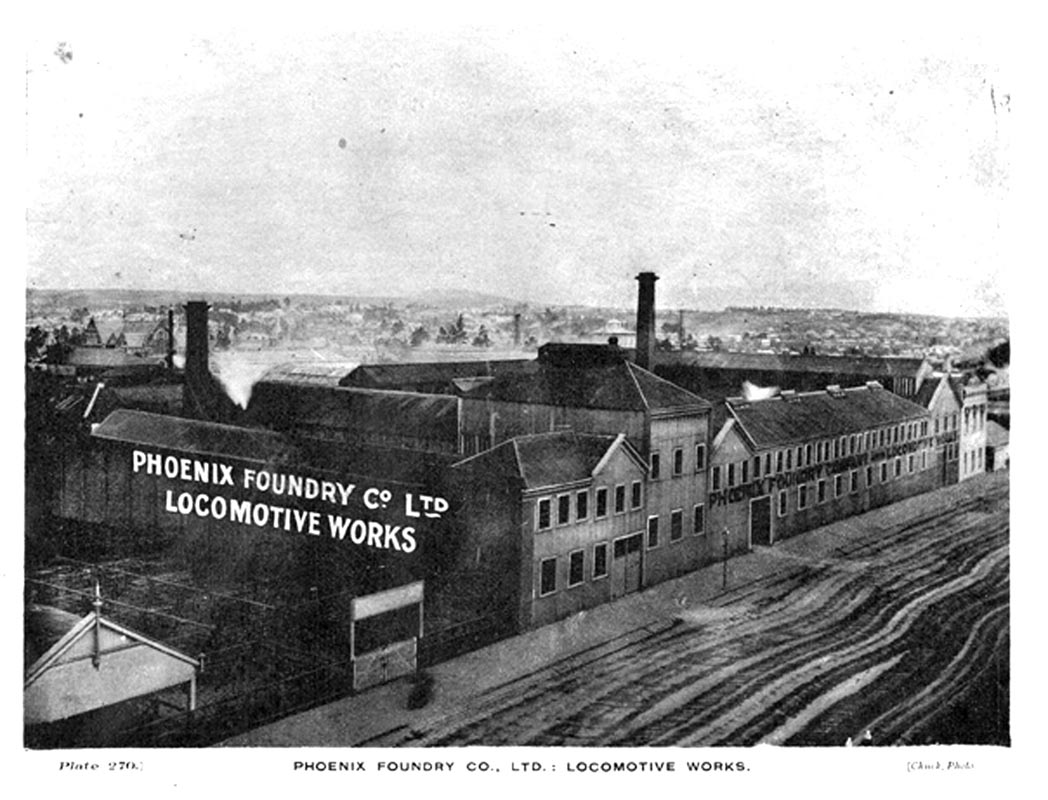 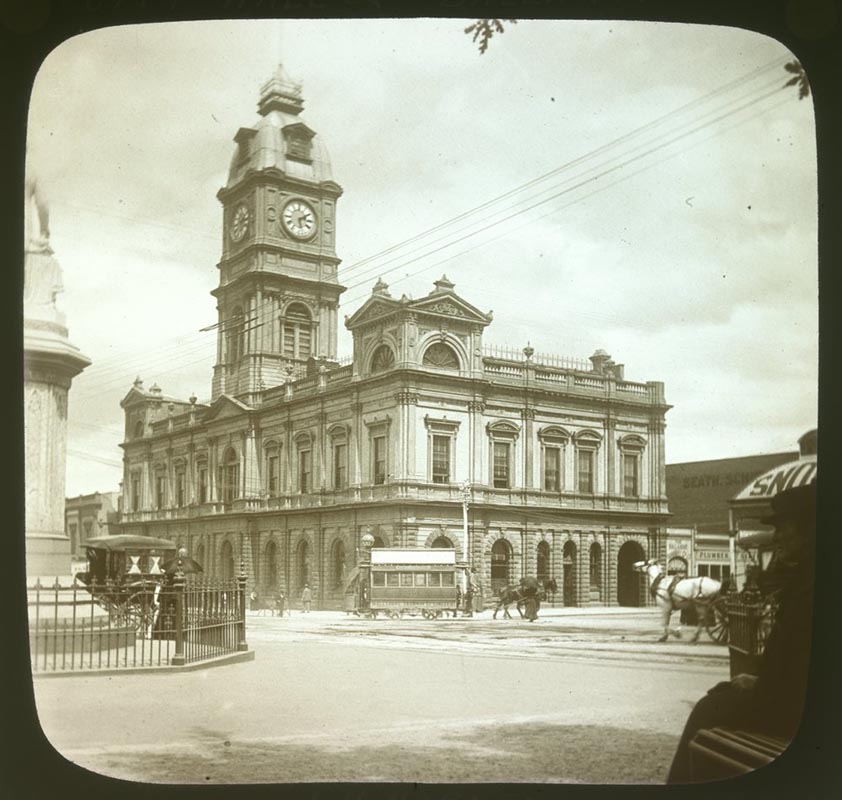 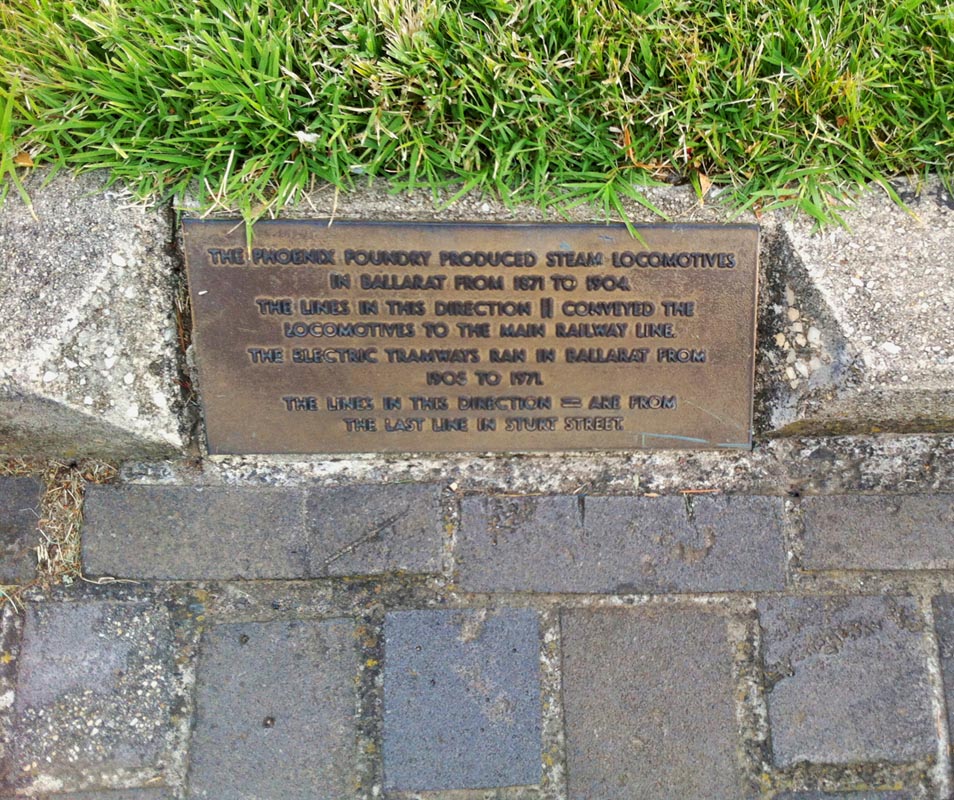 Plaque for trams and rail 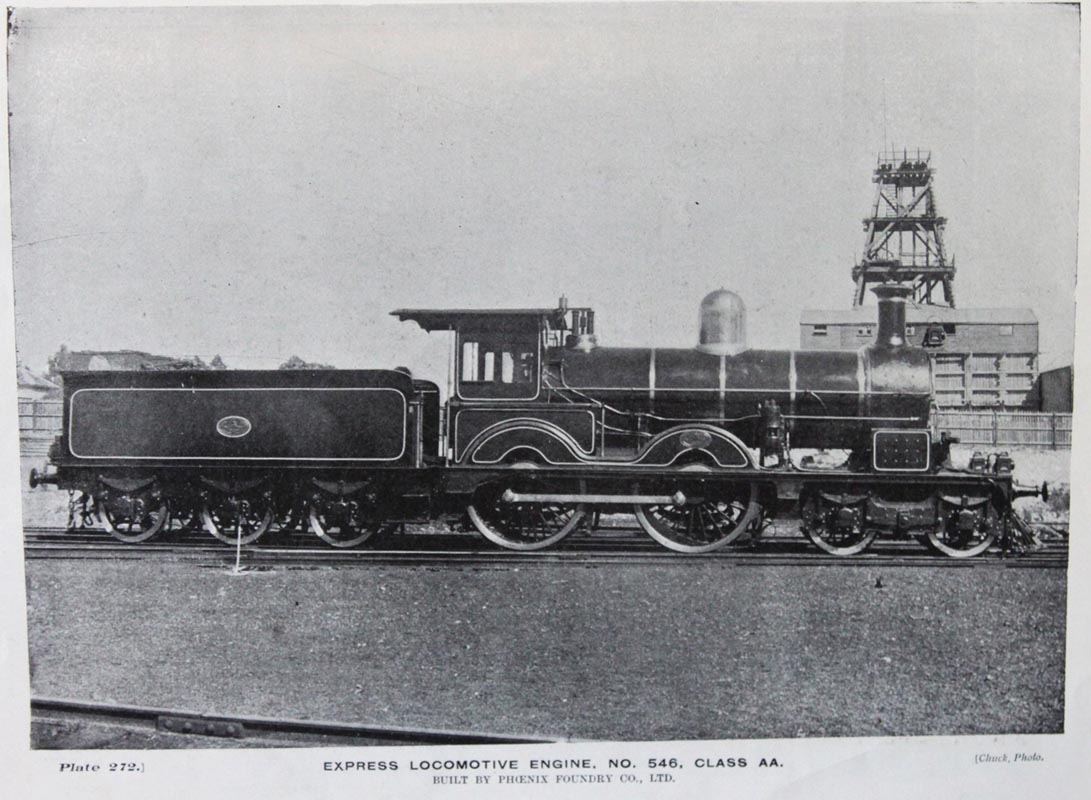 Loco made at Phoenix Factory 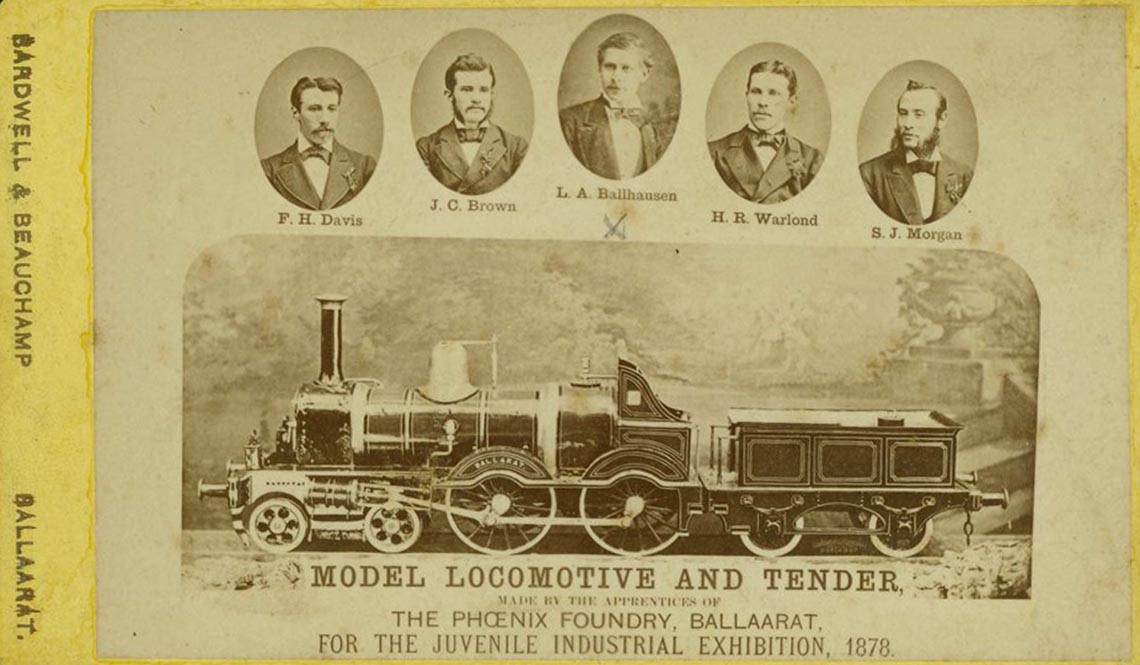 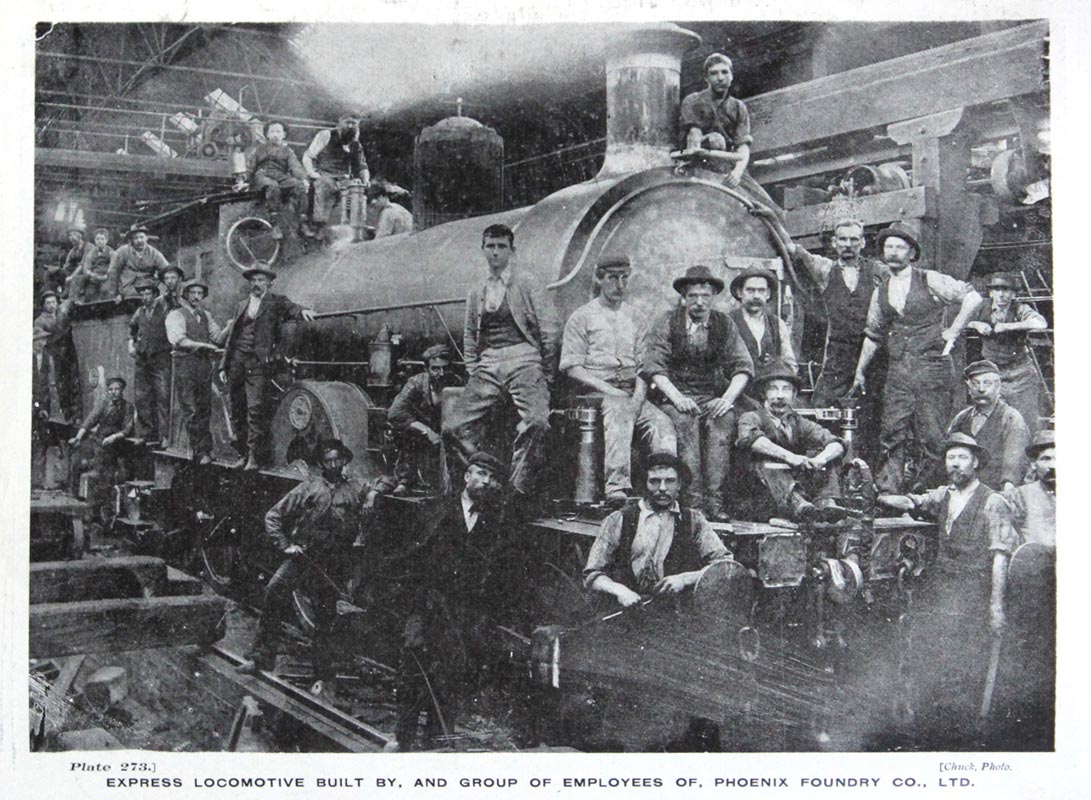 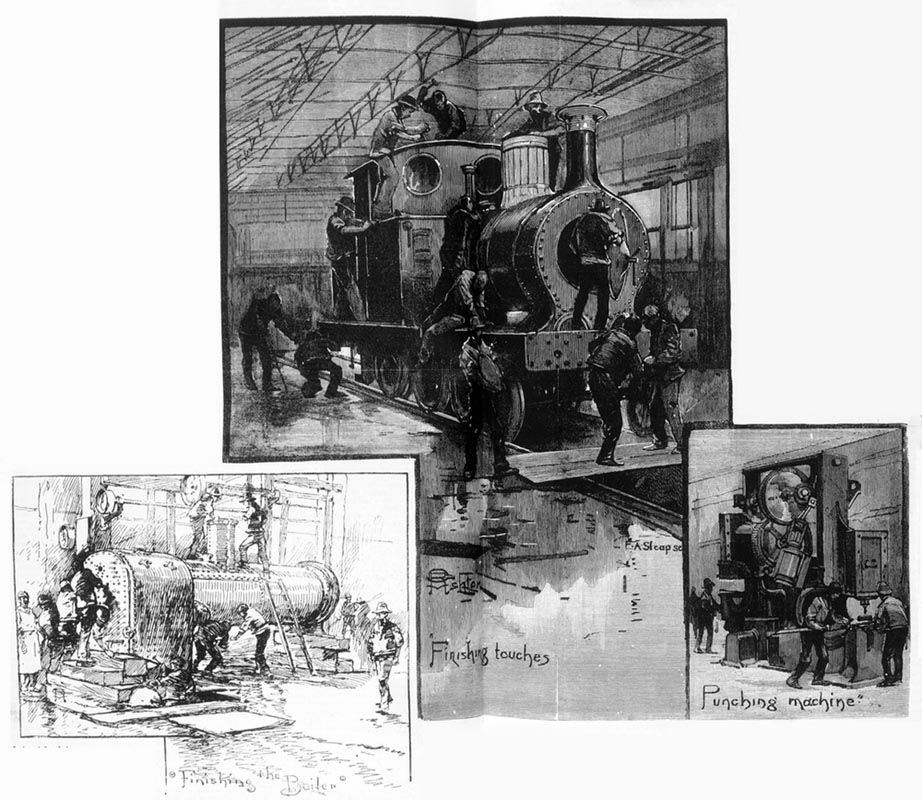 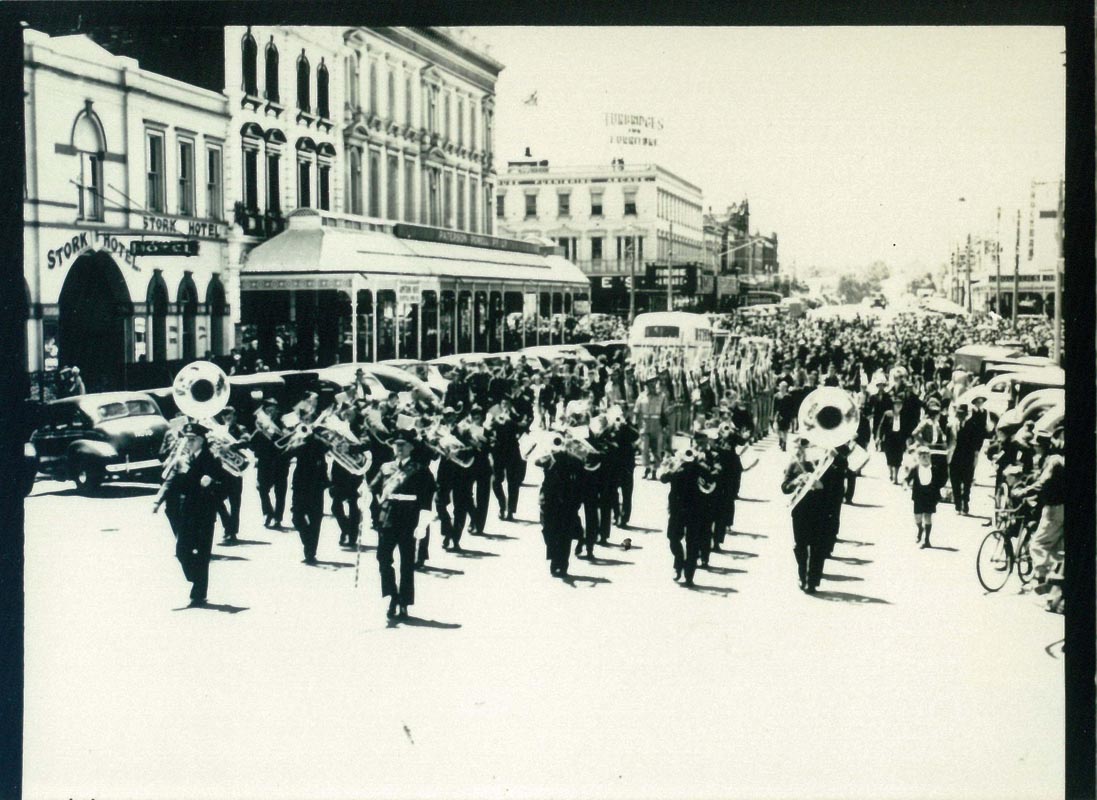