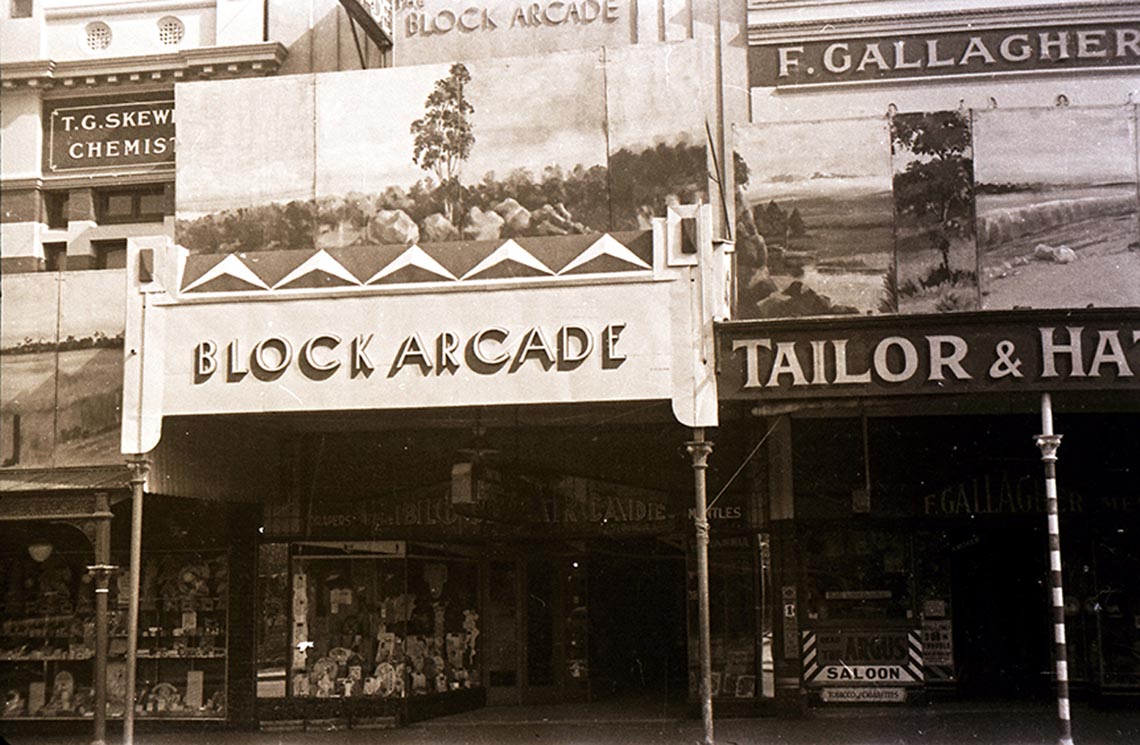 It was a meeting place as well as retail hub; stretching from Doveton Street down to Armstrong Street the Block Arcade's walls were lined with lead-light windows above and penny slot machines, weight machines and novelty mirrors below.

The shops inside included sellers of shortbread biscuits, cakes and sweets, a stamp shop, florist, dressmakers and the much loved Bill's Book Bar; over time it connected O'Farrell's horse bazaar, the Lucas underwear factory, a supermarket, a Ford service centre, a car wash and the Stork Hotel , which was purchased by Myer's in 1954 and incorporated as part of the store.

In 1931 a refurbished Block Arcade was re-opened to the public. Today the Arcade has been replaced mostly by two department stores, but there's still a smaller arcade of shops and the 1930s Art Deco facade facing Sturt Street remaining. 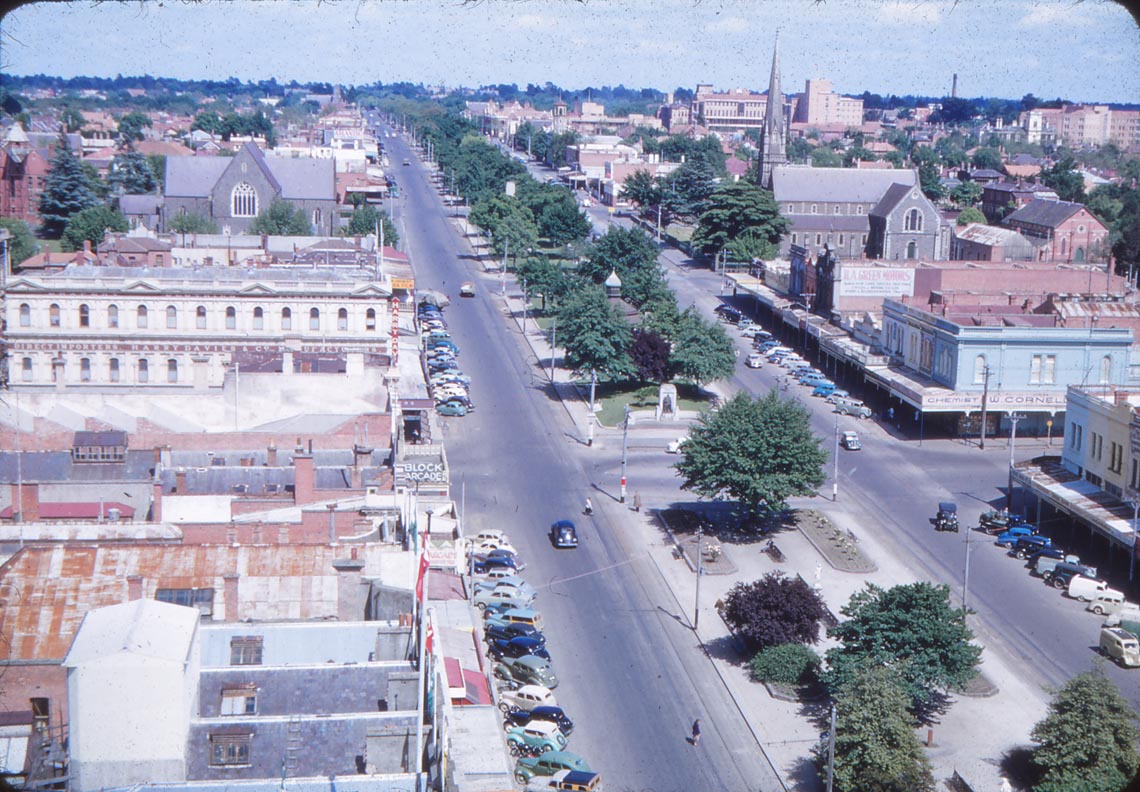 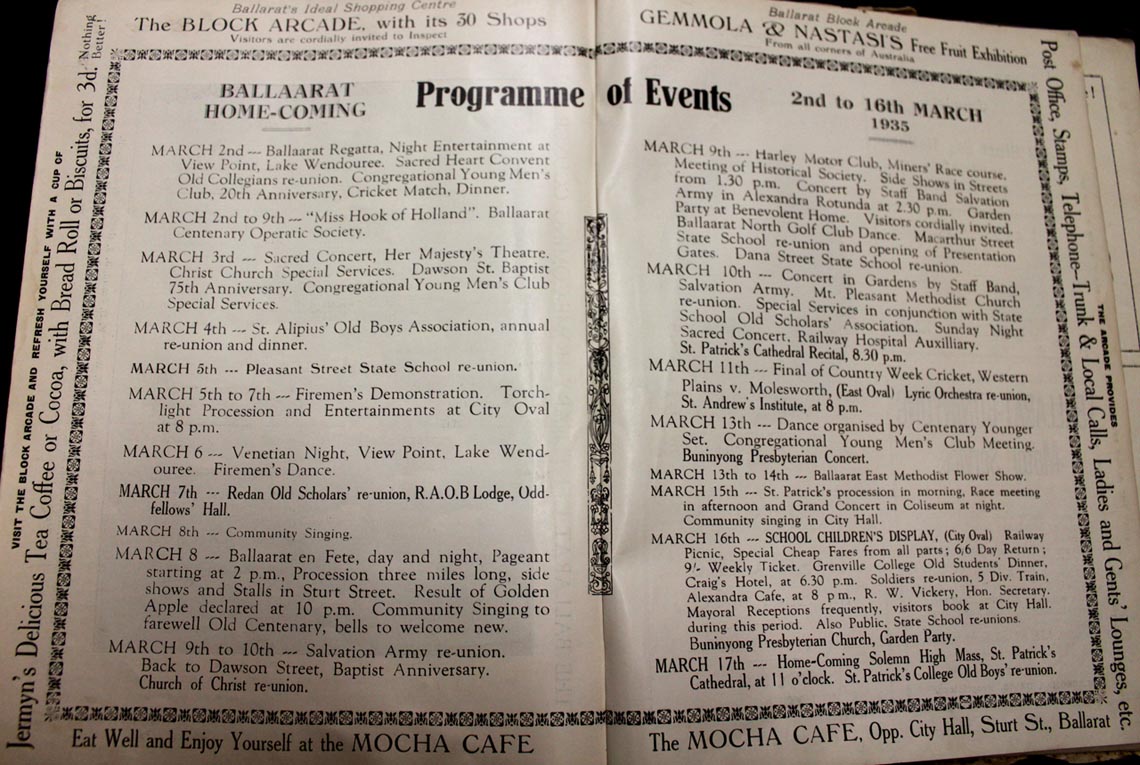 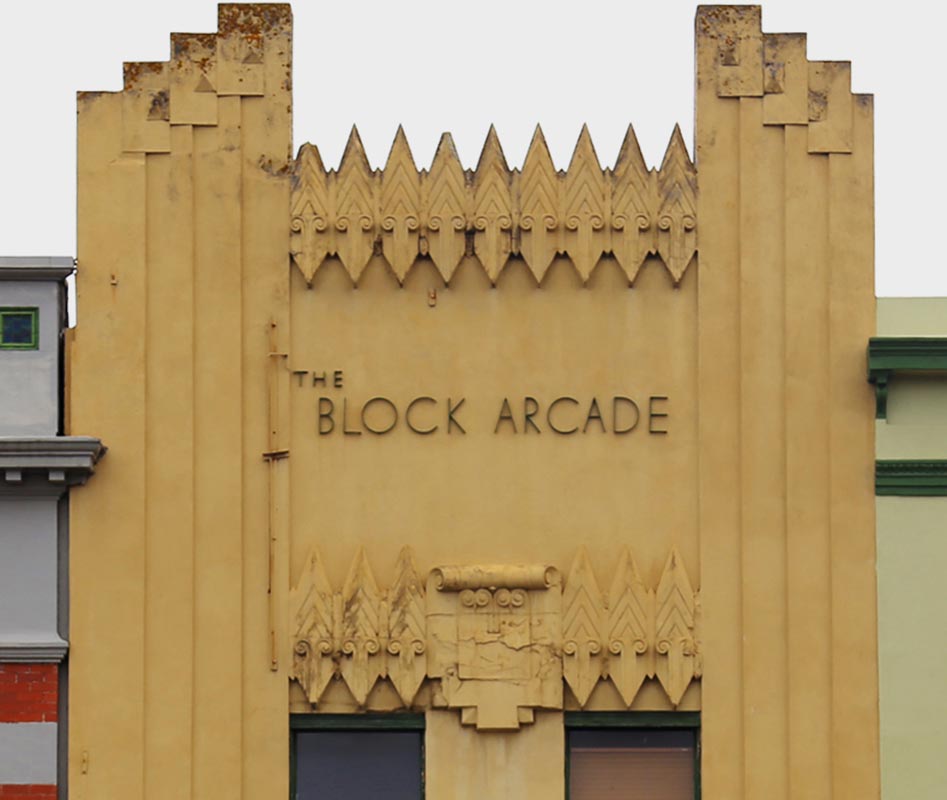