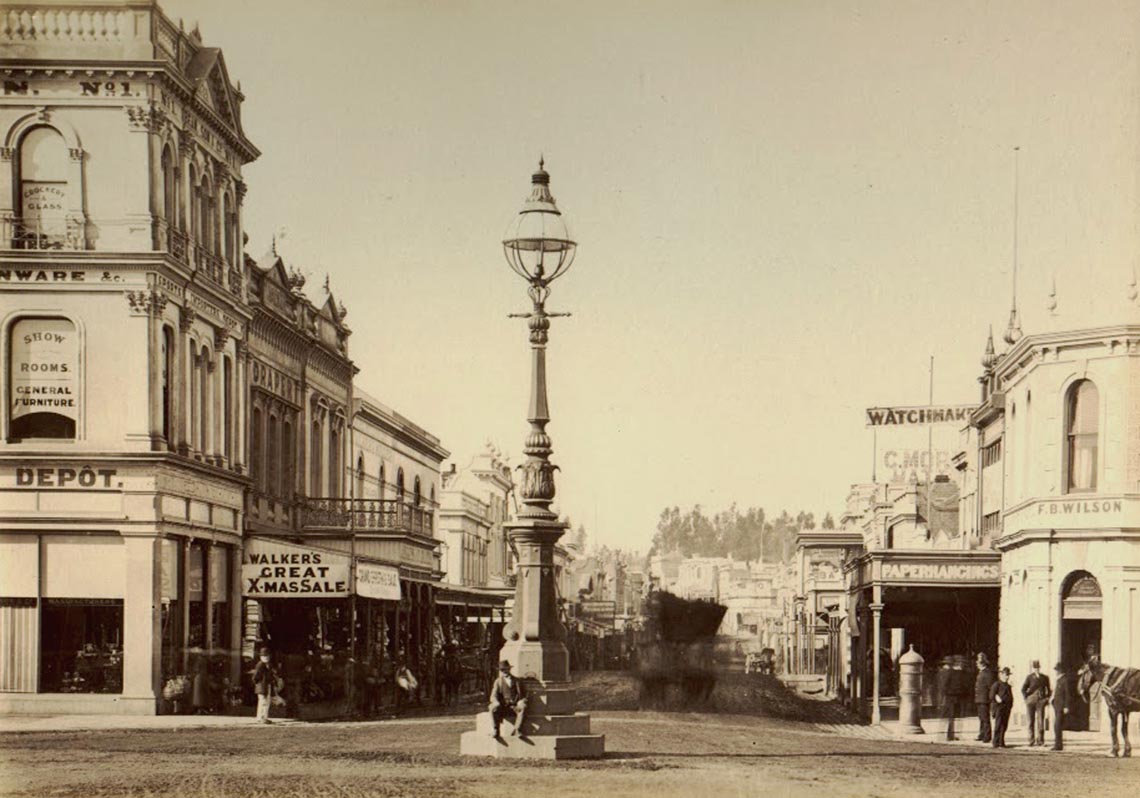 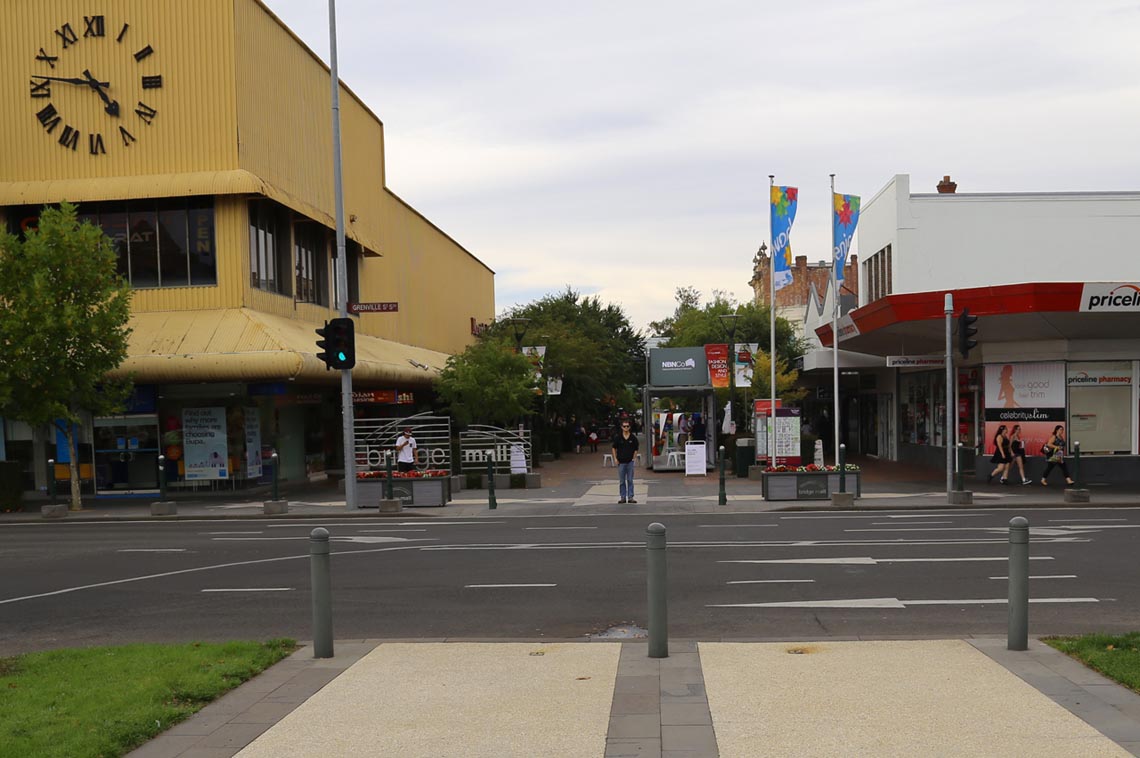 Instructions Drag the line left or right to reveal what this corner looked like many decades ago.
Show More

Horses, trams, cars, motorbikes, shoppers - for decades this was the throbbing, noisy nexus of Ballarat's transport network and retail establishments.

From its beginnings one could wander Bridge Street and find tent and tarpaulin makers and bootmakers supplying the hopeful miners arriving on the goldfields, while watchmakers, jewellers, tailors and drapers assisted those who got lucky in spending their newly found fortunes.

Before the Yarrowee Creek was redirected underground and covered over it would periodically flood, bringing a cornucopia of flotsam including fruit and vegetables, clothes and other goods floating out of the stores and down the street.

The northwest corner, now Norwich Plaza, was home to a long line of clothing and homewares stores, including WM Bean & Son, Rose's, Morsheads and Dickins self-serve grocery in the 1950s.

The Buck's Head hotel on the opposite corner was a major landmark for more than 120 years, boasting 29 rooms, a large outdoor fernery and signature stag's heads on the walls.

Turn around and see a monument to the 8 Hour Day movement behind you. Ballarat was proud of achieving the 8 Hour work day in 1856, just two weeks after the stonemasons of Melbourne. In 1874 the Eight Hour Association meeting was held at the Buck's Head, and it was here in 1883 the annual 8 Hour day parade was conceived of, becoming for a time the biggest and most successful parade on the Ballarat calendar, with its profits funding the Trades Hall building in Camp Street in 1887.

The Buck's Head Hotel also marked the tram terminus for Ballarat from 1887 until 1937, with legendary publican Fritz Wilson known to catch the last tram home each night. In 1954 an unattended tram rolled down Sturt Street, smashing through a wall into an empty office at the Buck's Head. The hotel was demolished in 1960. 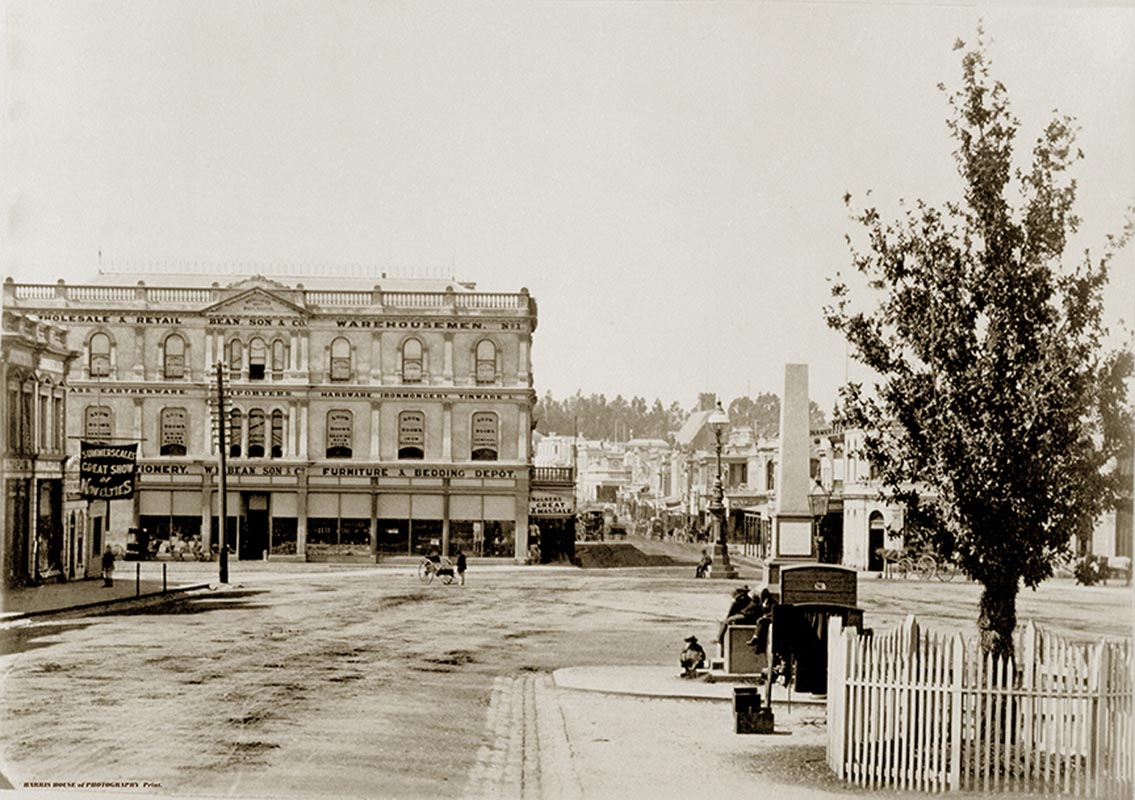 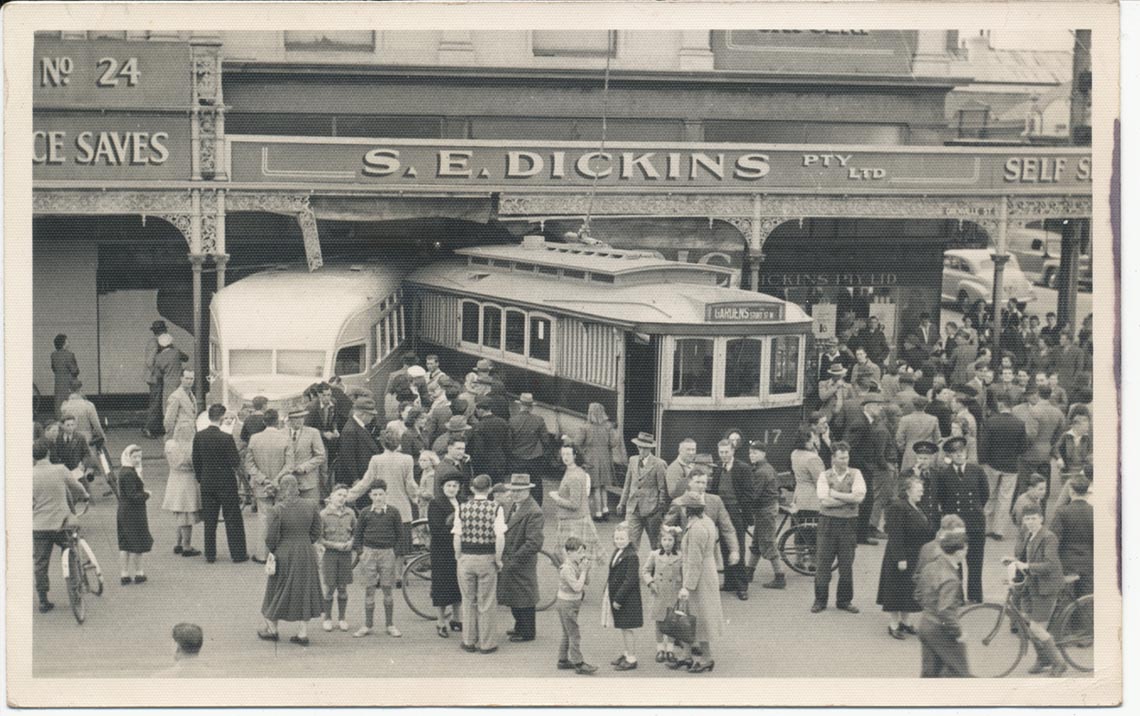 Tram Crashed into Dickins 1969, where Norwich Plaza now is 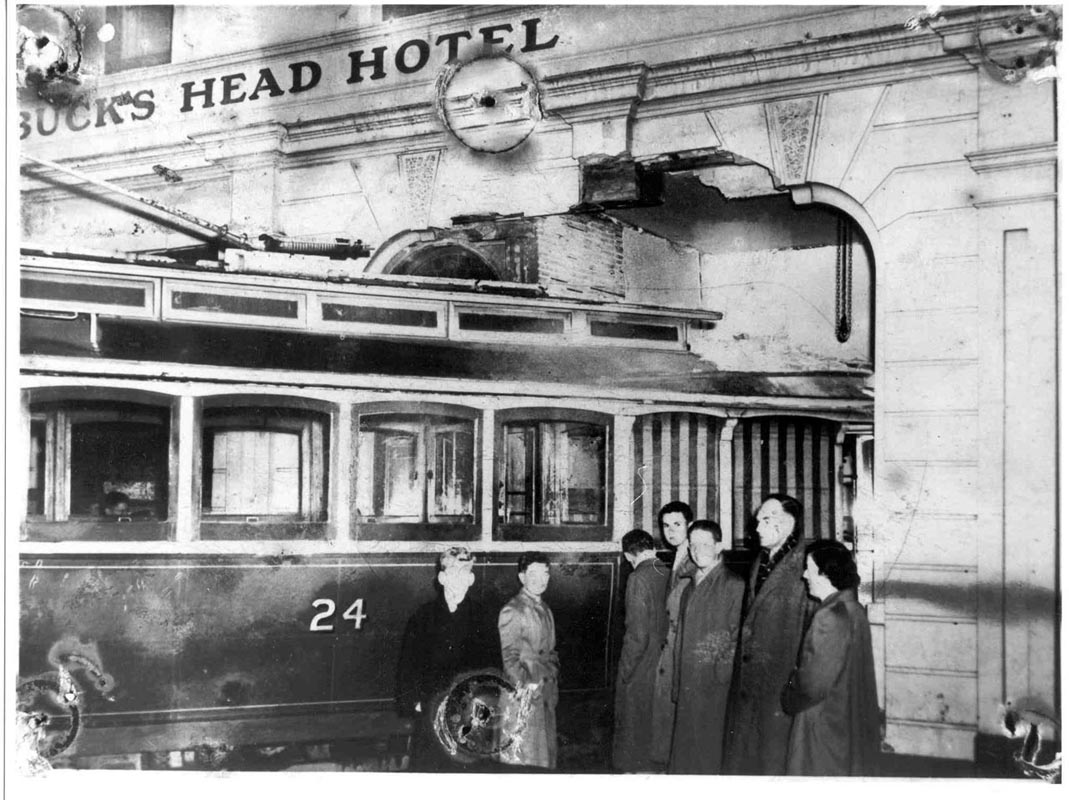 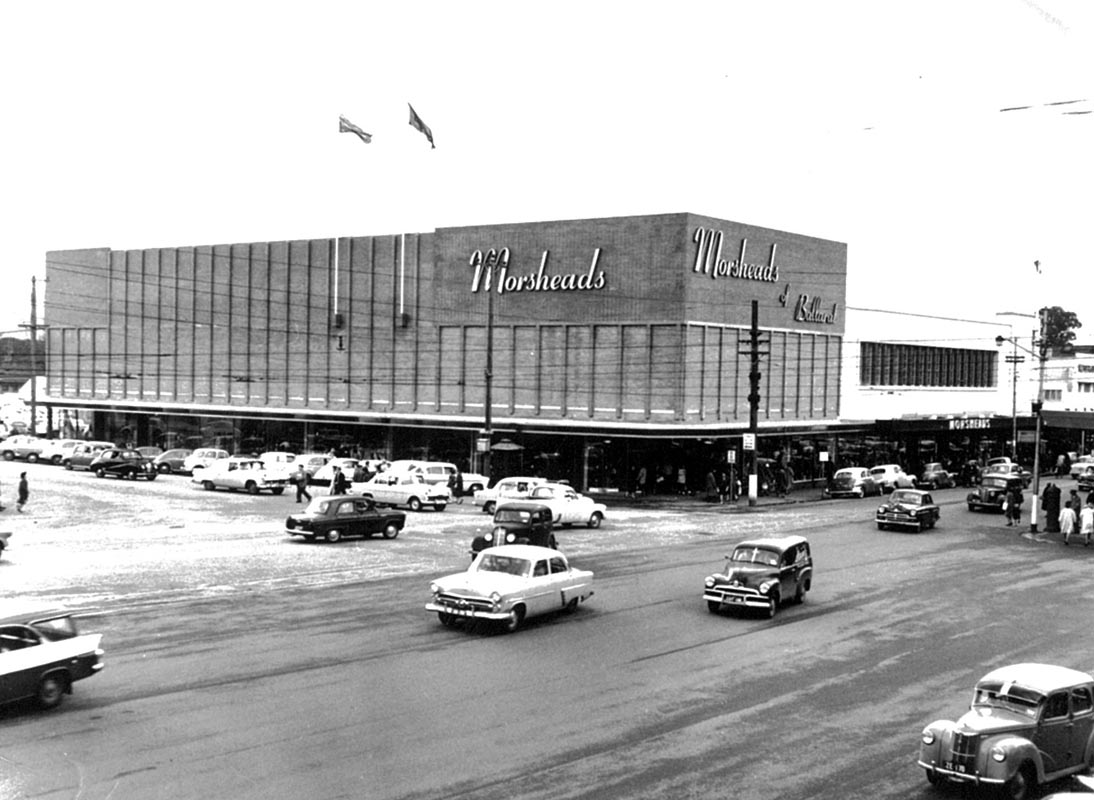 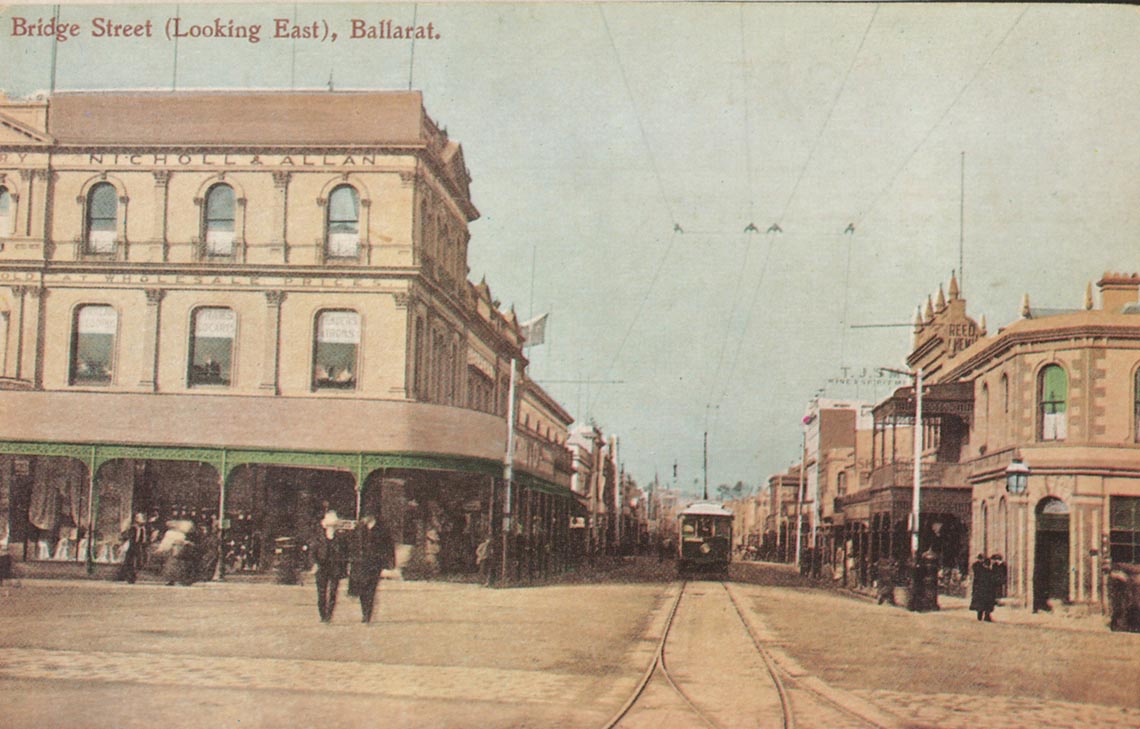 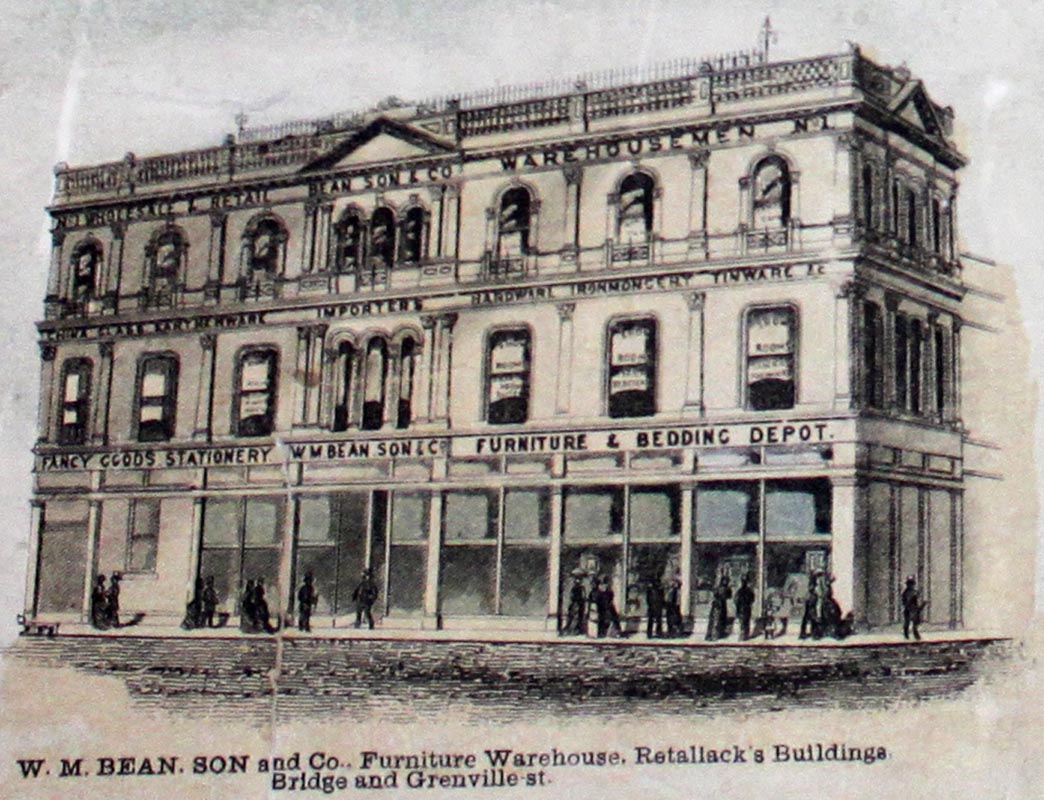 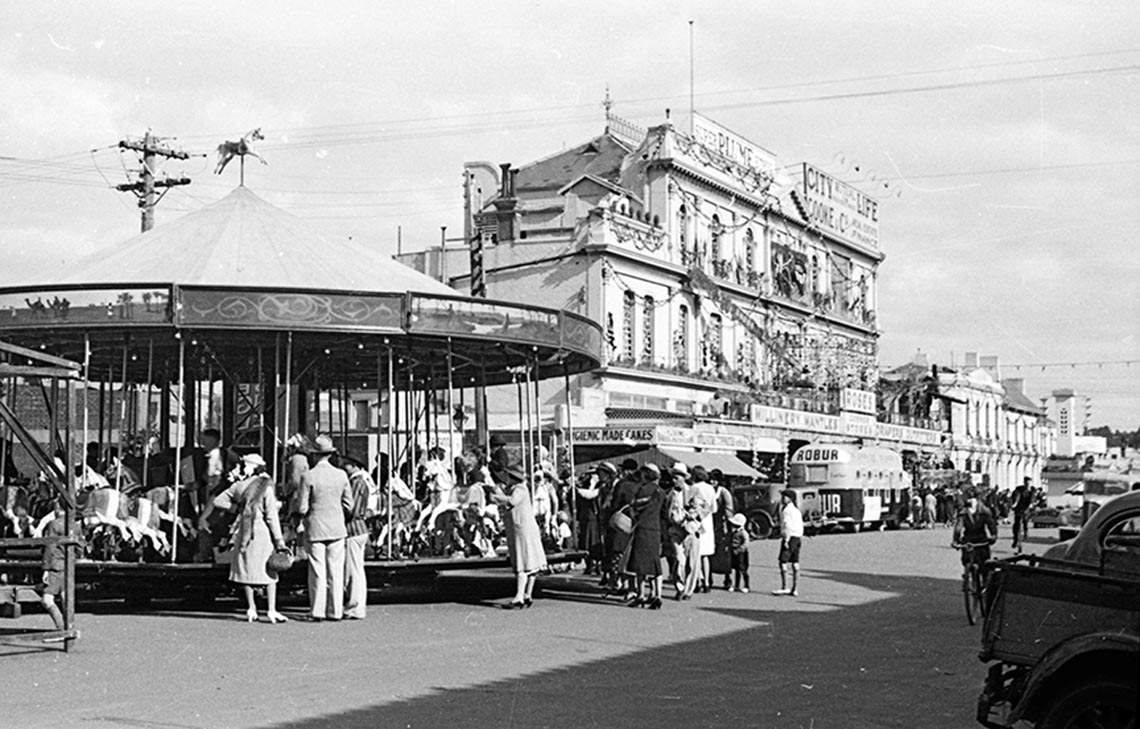 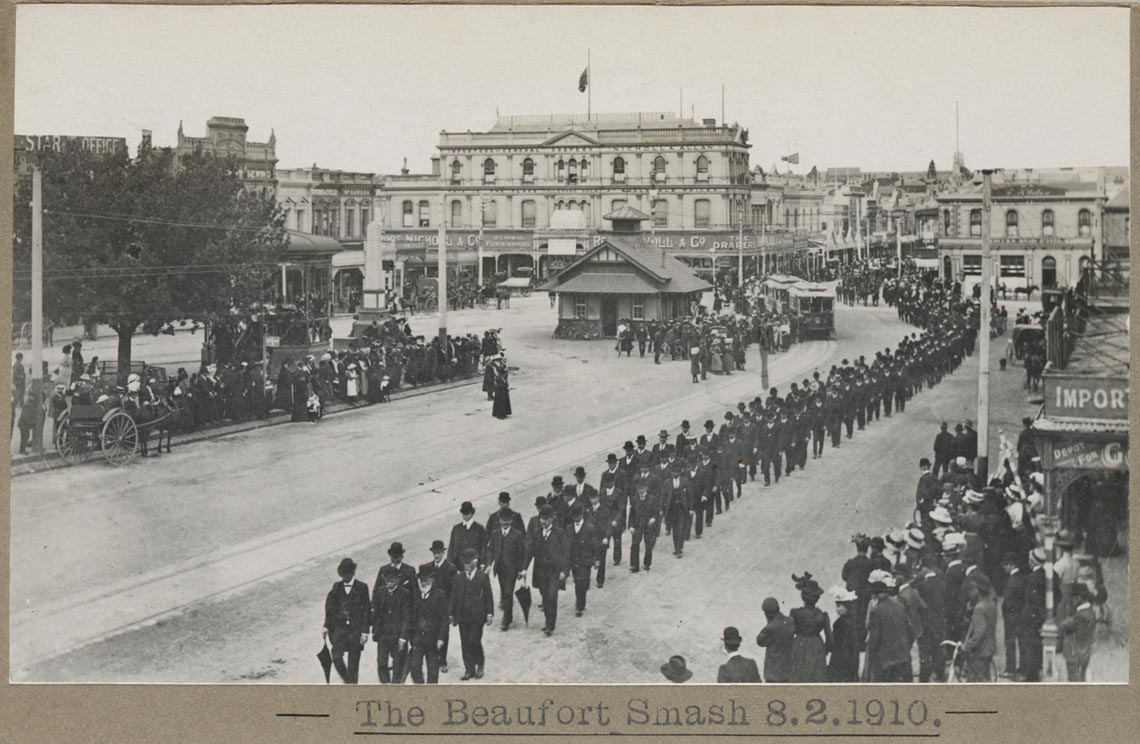