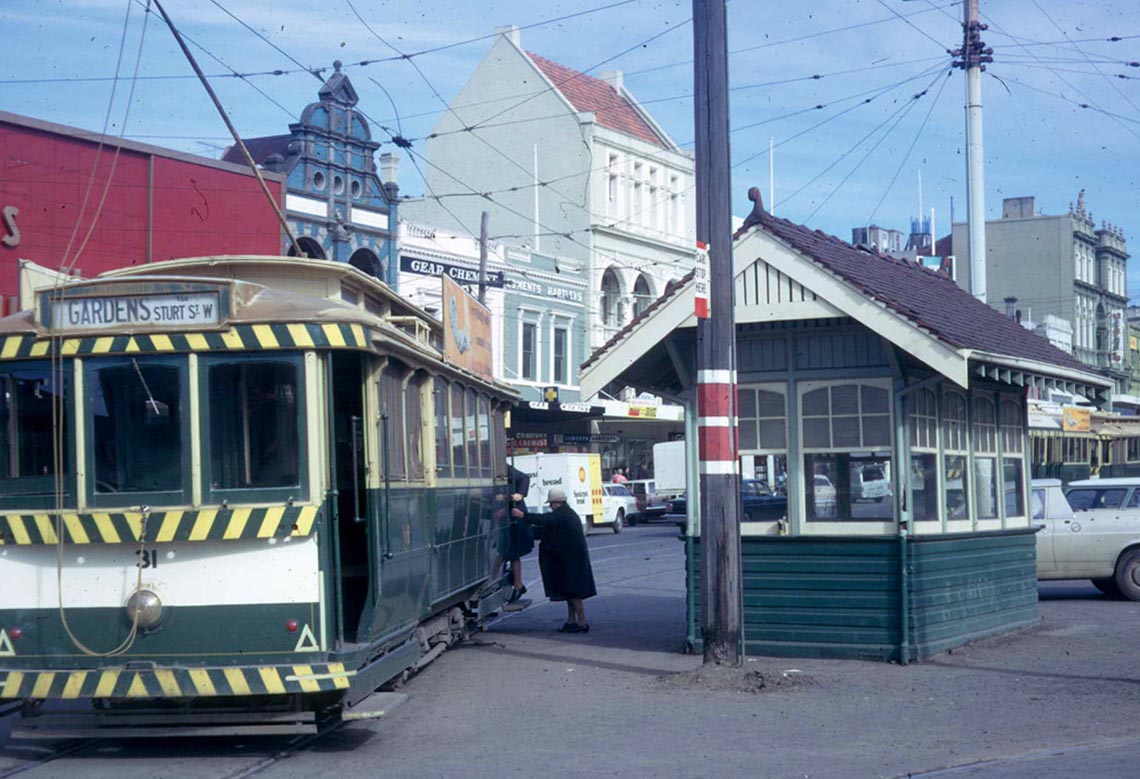 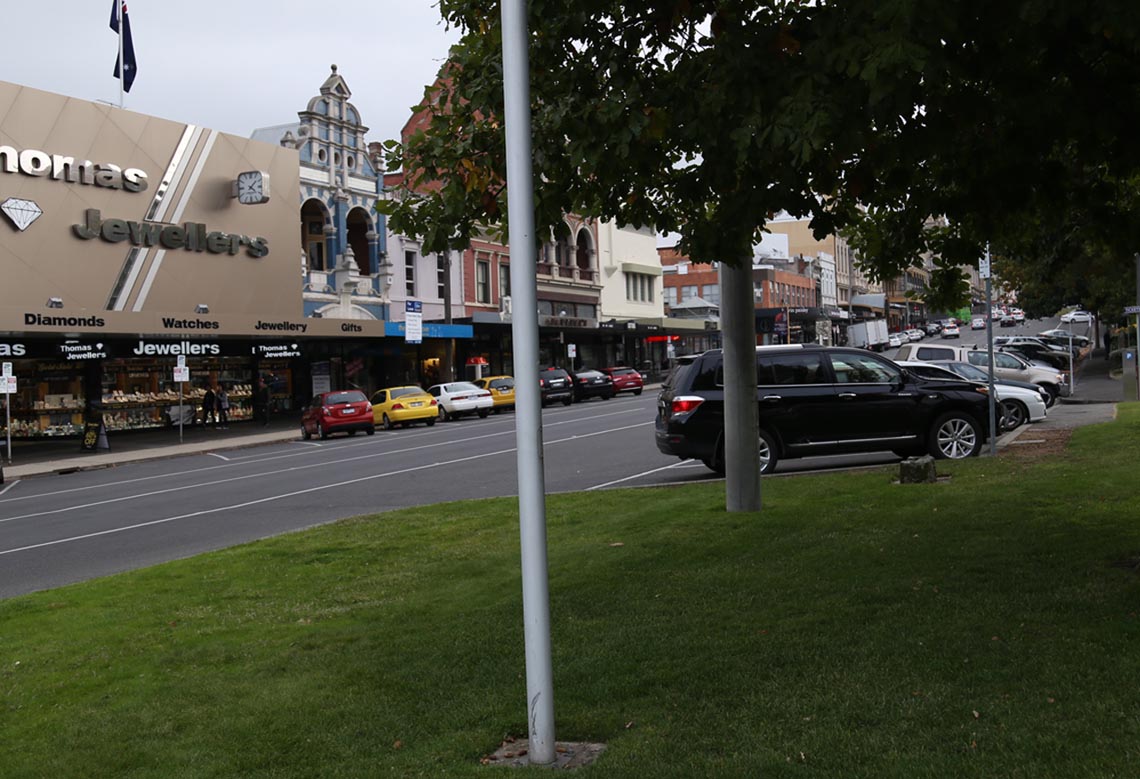 This intersection was the terminus for the trams travelling to Ballarat East as well as those heading to Ballarat North, when Bridge Street was the biggest the retail hub of the town. At its peak the Ballarat tram system extended to Mount Pleasant, Drummond Street, Sebastopol, Drummond, Victoria, and Lydiard Street. You could catch a tram here that would take you to Lake Wendouree, where the last operating trams and track are today.

In the late 1880s the Ballarat Council decided to bring in a tram system, deciding the cable-based trams of Melbourne were too expensive, choosing instead for the horse-drawn style of trams being used in Adelaide. At its peak in the horse-drawn era, the Ballaarat Tramway Company operated 17 double-decker horse trams and one single decker unit, with 50 horses in rotation.

In 1905 the Electric Supply Company of Victoria took over the system and electrified the network, and by 1938 it was the largest tram system operated outside of a metropolitan city.

The last trams ran on Sturt Street in 1971 before the network was closed down and the tracks removed. For many years a tram shelter with a lunchroom and toilets for tram staff was located here, removed in 1923 to allow for a better view of the intersection and replaced with a smaller structure, decorated with flowers for the Ballarat centenary of 1938.

This corner was notorious for trams derailing as they came down Sturt Street and around the corner; one celebrated incident included a tram colliding with the front bar of the Buck's Head Hotel, while another ended up in the front window of Dickins' grocery, now the site of Norwich Plaza.

We're going to walk up the centre of this strip along Sturt Street now - please be careful crossing the U-turn lane - and head away from the Mall towards the 8 Hour Monument. There's a path there that will take us up Sturt Street... 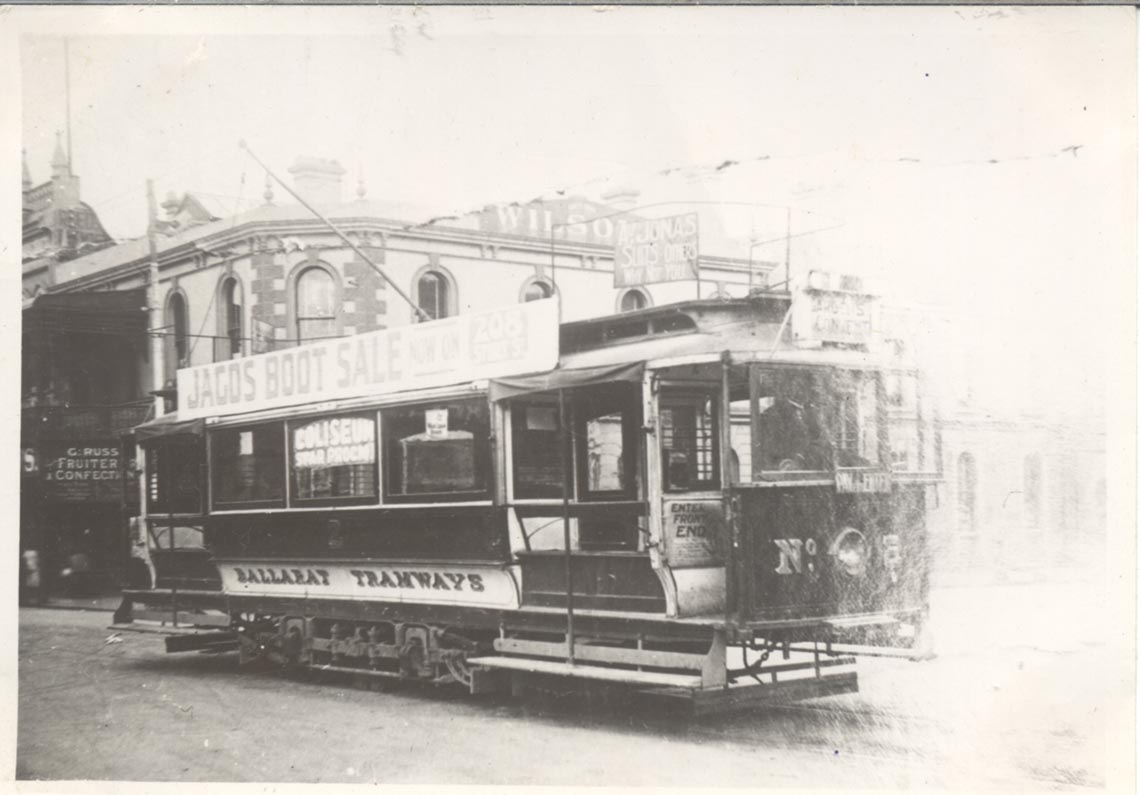 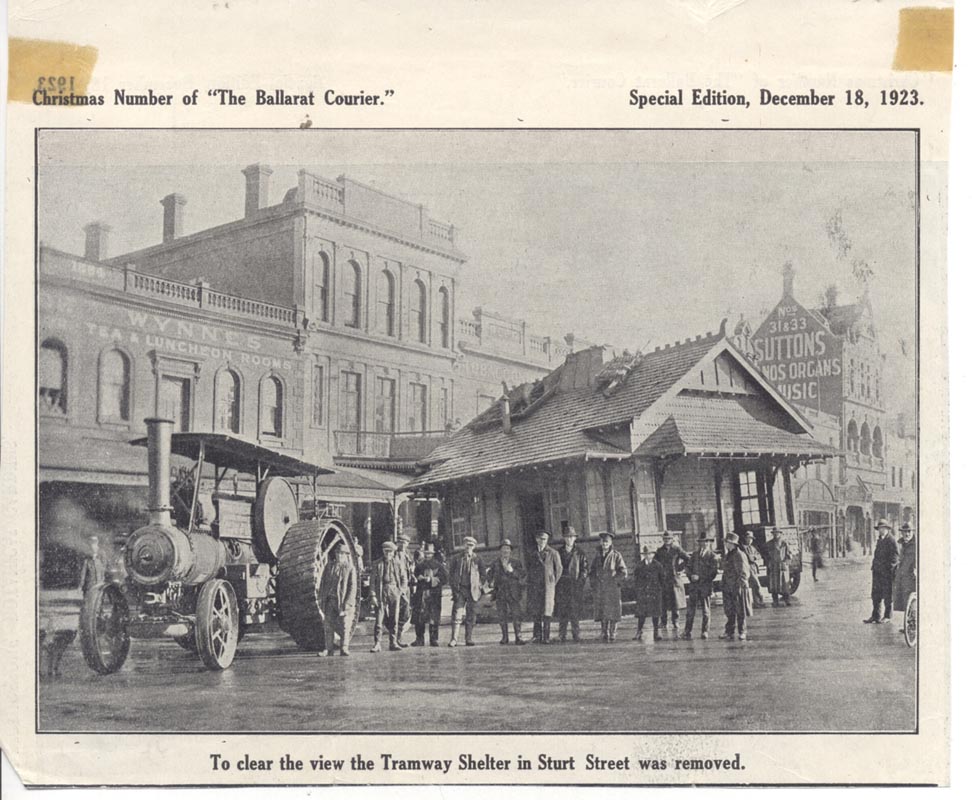 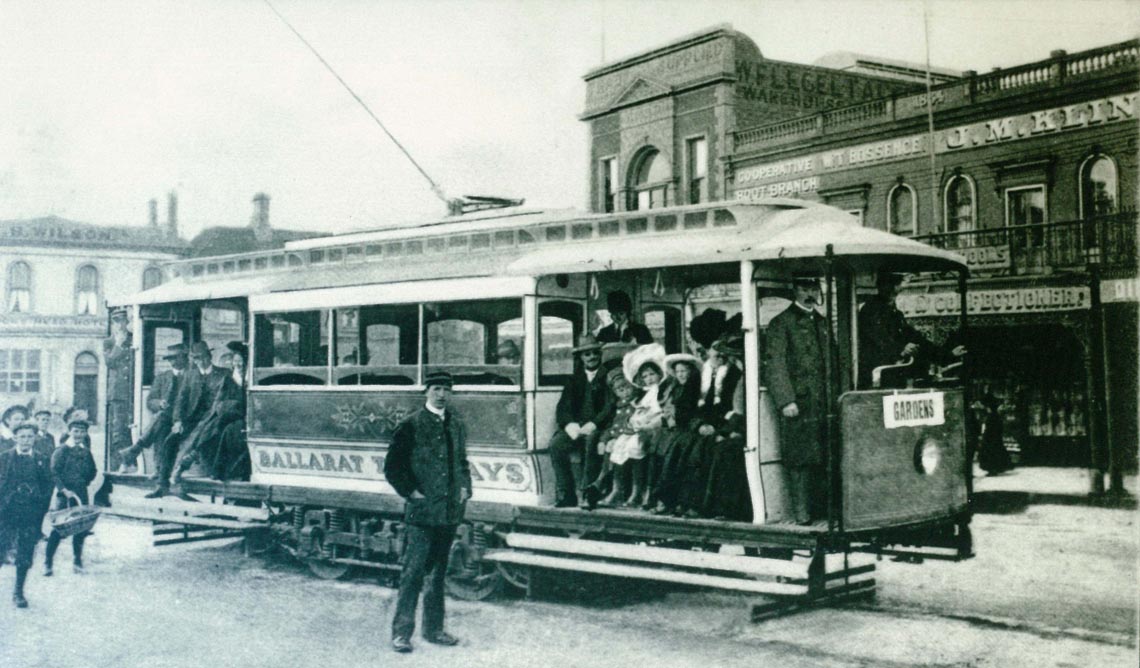 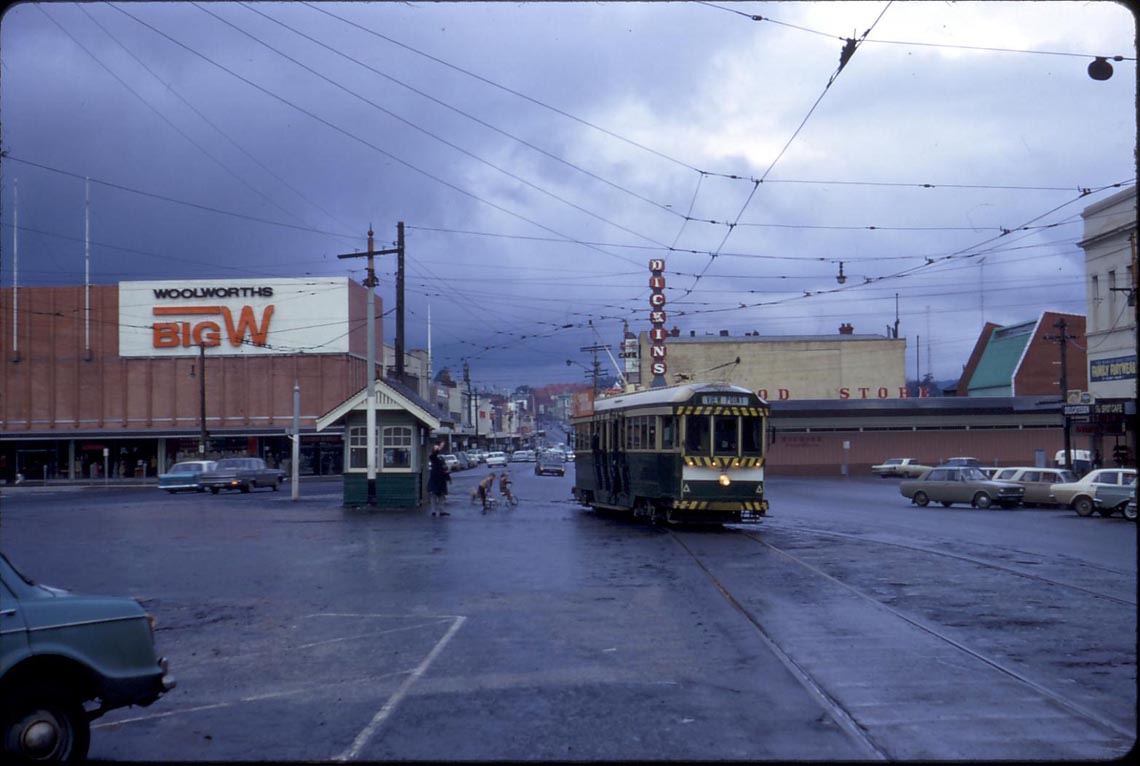 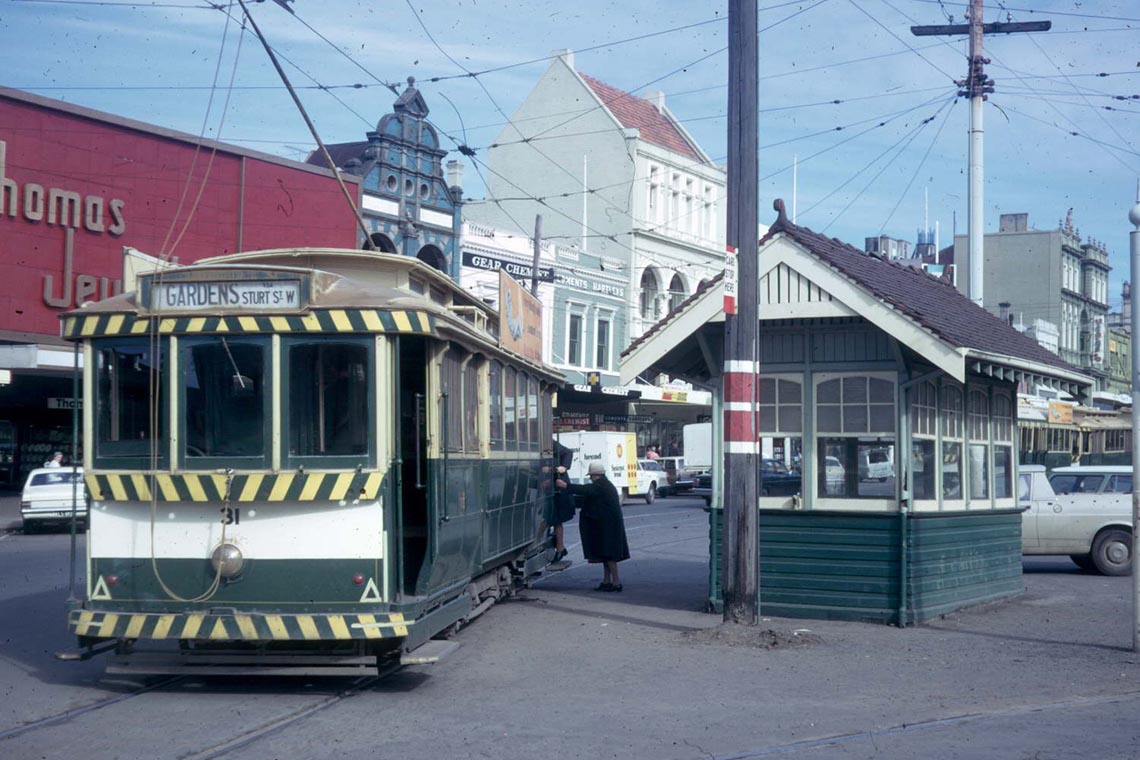 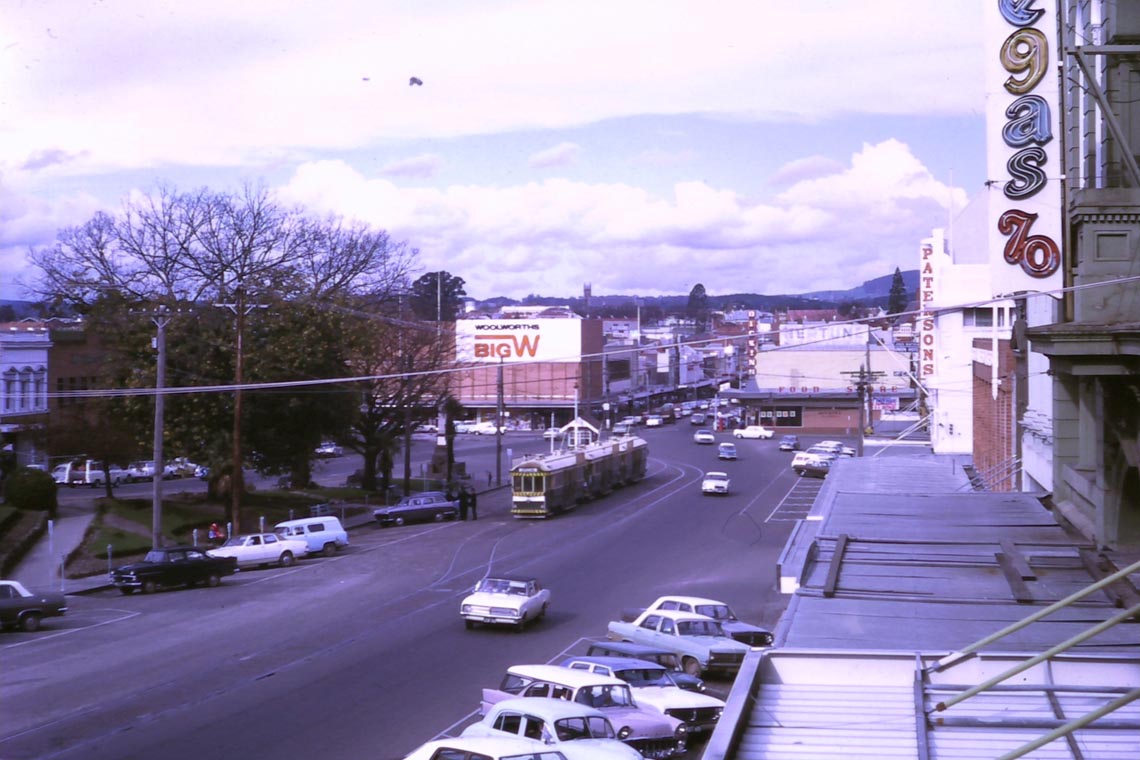 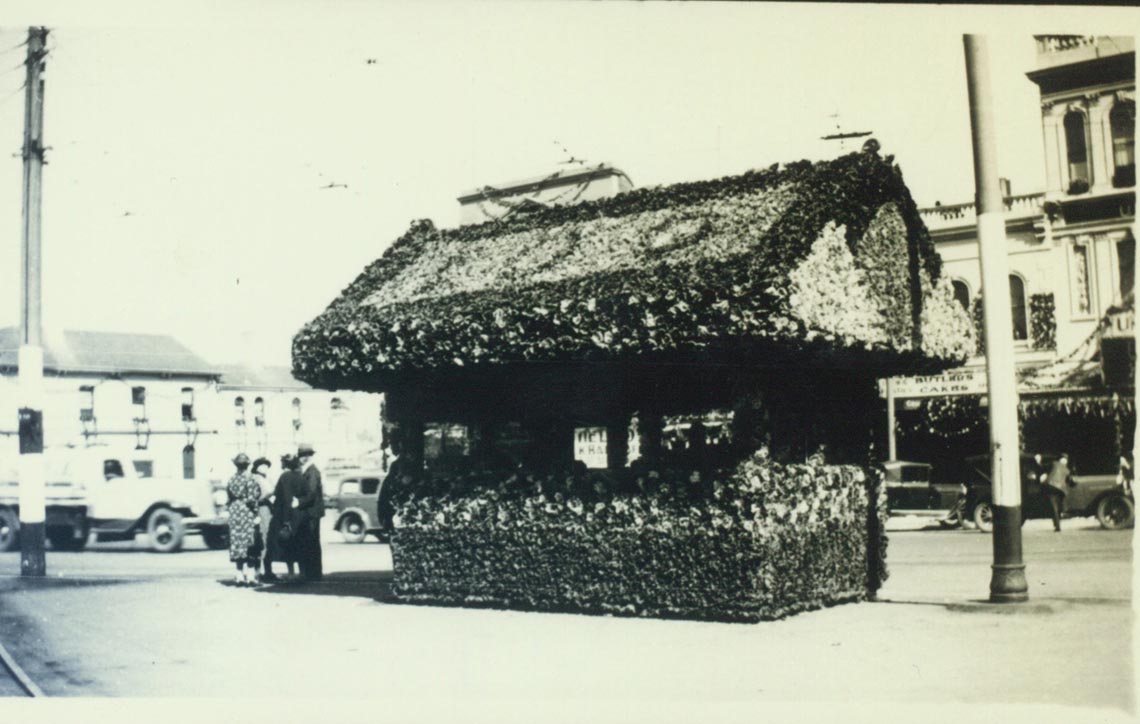