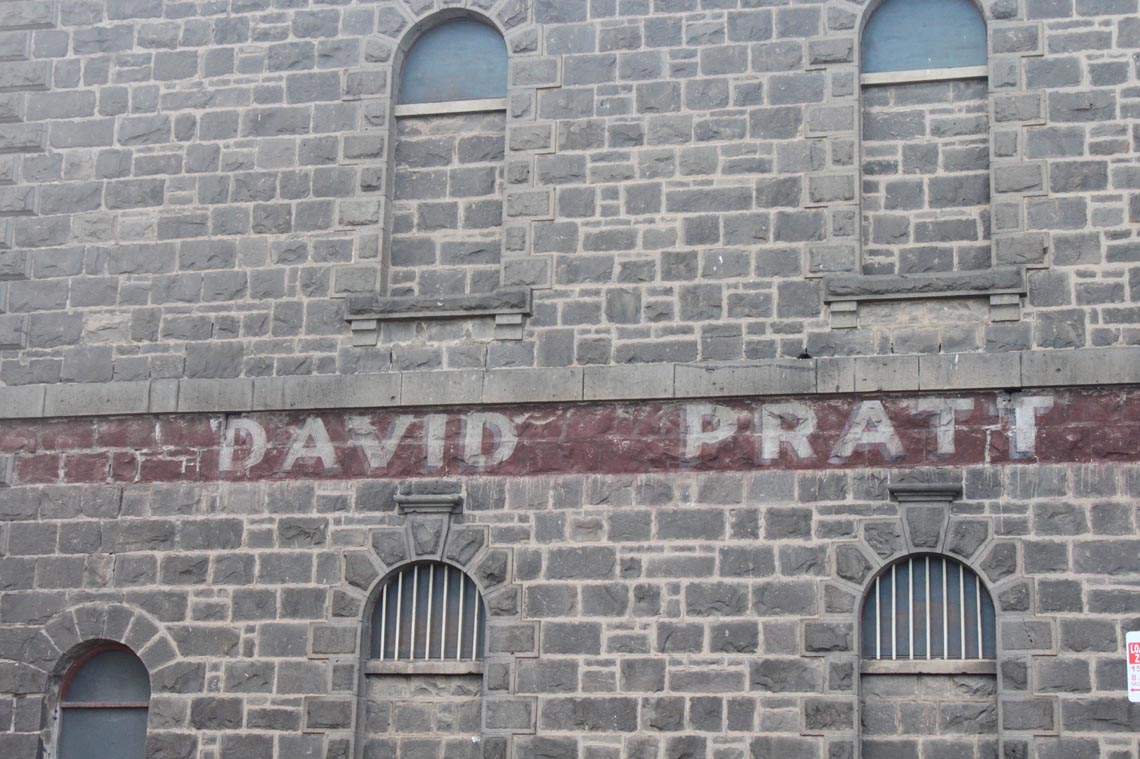 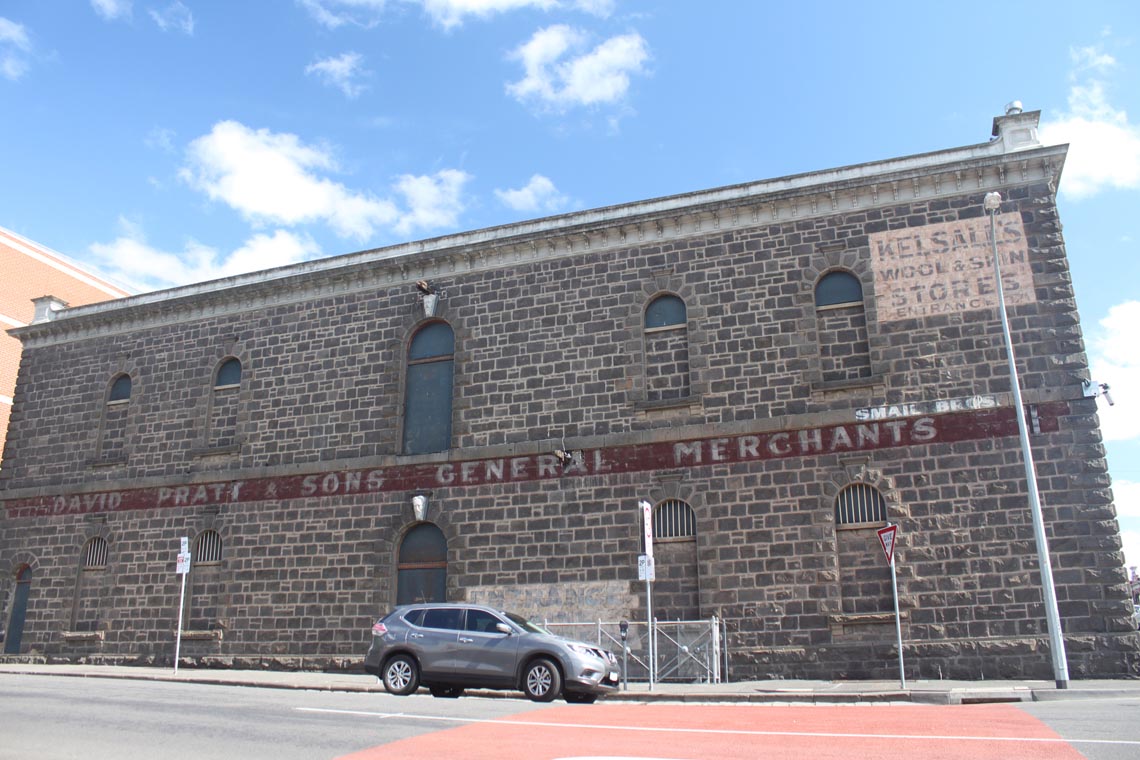 Dotted over the walls of the imposing bluestone structure known to locals as Pratt's warehouse are signs that provide clues to the history of this rare example of Victorian industrial heritage.

Designed by prominent local architect JA Doane in 1869, the building was originally known as McDowall and Gray's warehouse. Built soon after the opening of the railway from Melbourne to Ballarat its location provided convenient access for the delivery and storage of a range of goods needed by the booming Goldfields community.

Over many years the building had a range of merchant tenants. On the Eastern side of the building you can look up and see the sign of Kelsalls wool and skin merchants.
Also on this side of the building you can see the sign for David Pratt and Sons General and Produce Merchants. David Pratt had worked as manager of Jermyn's Cheap Stores just down the road on Mair street. When Jermyn became insolvent in the early twentieth century, David Pratt took the opportunity to buy his Mair street store. Subsequently over the years he purchased the Raefisch building next door.
David Pratt's young sons, James Robert Pratt and John Gradon Pratt left school and commenced working in their father's business. Pratt's continued the same trade as Jermyn's, selling grains and feeds and grocery and foodstuffs.

In 1943, David Pratt purchased the bluestone warehouse on the cnr of Mair and Camp streets. It provided a large warehouse for the grain and large crates of groceries and food stuffs.
Over the years the Pratt's leased parts of the warehouse to other tenants including Smail Brothers skin and fur traders whose sign you can still see on the building.

Further clues to the buildings past use as a cellar for wine merchants can be seen on the eastern side of the Building where the almost faded sign leads you down the staircase to the former cellar store below. 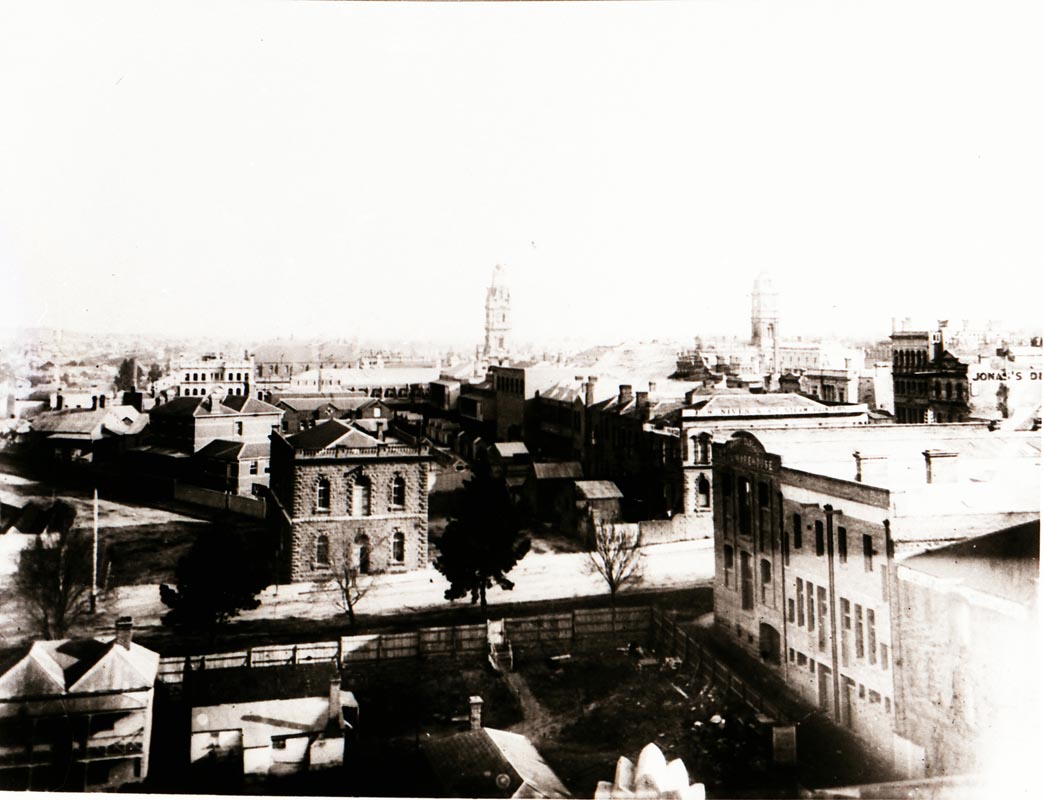 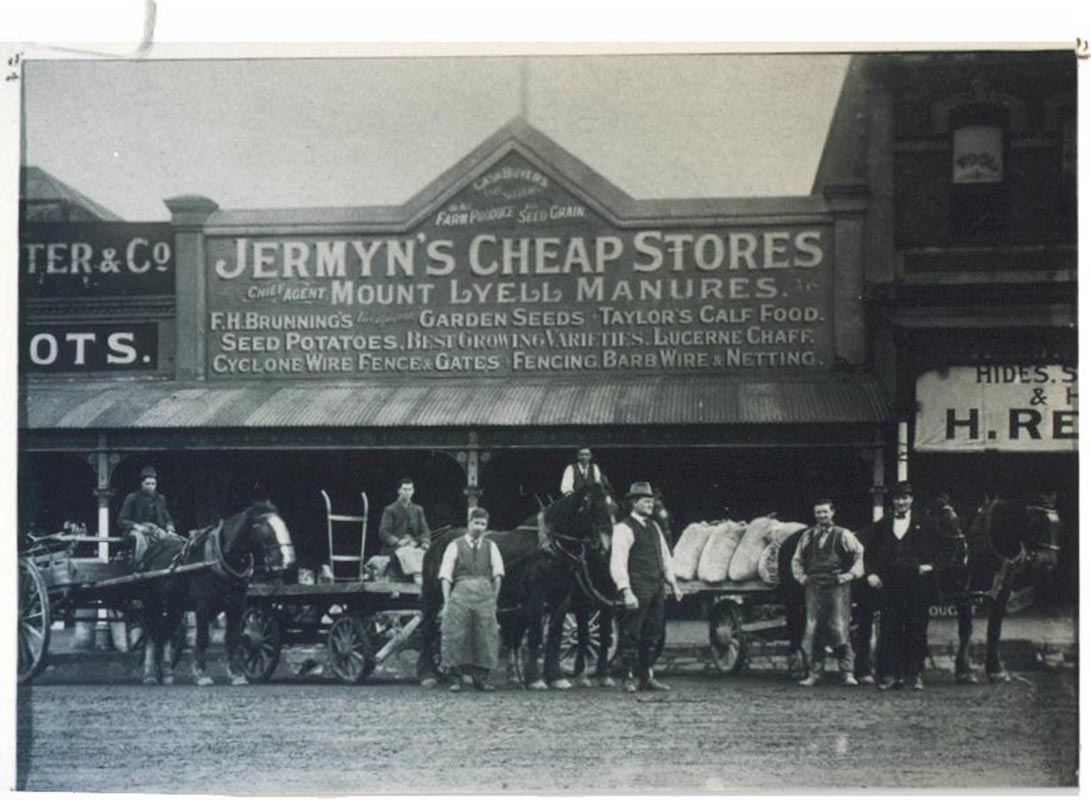 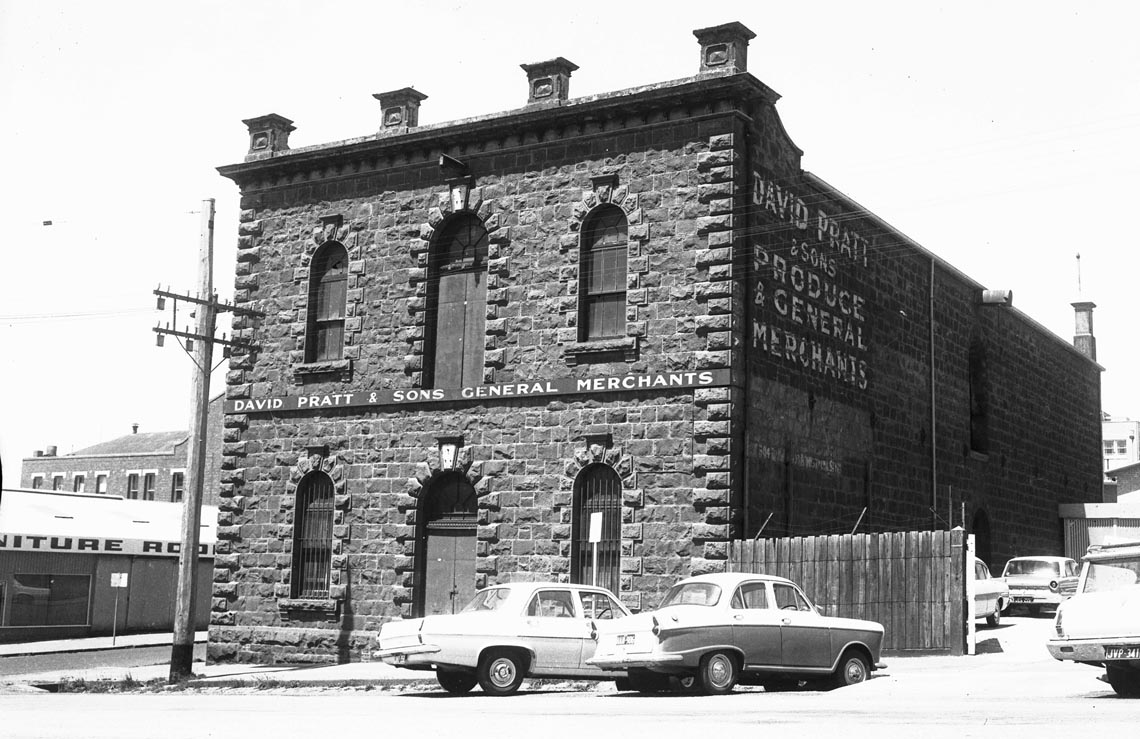 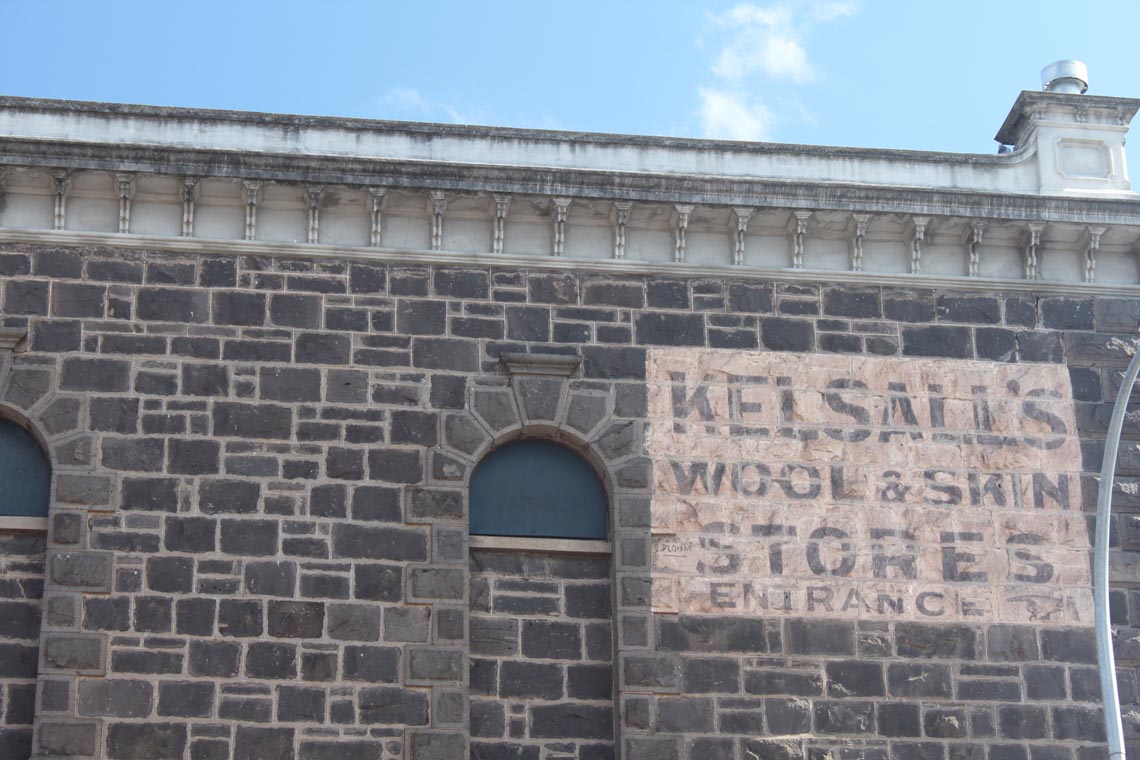