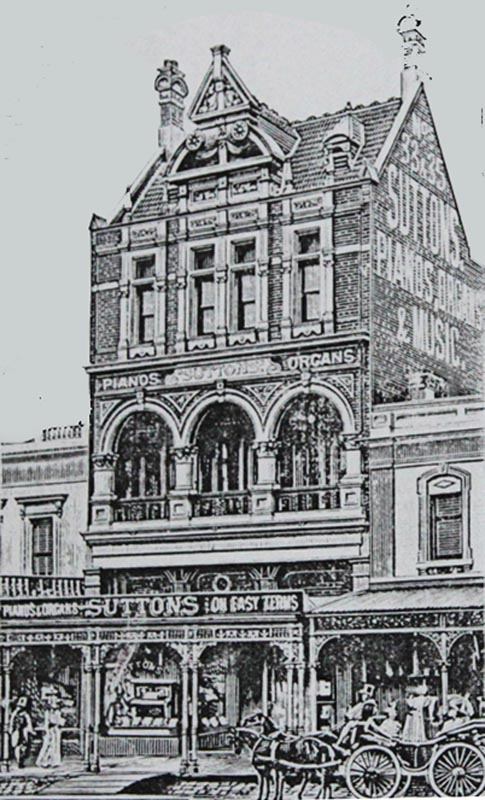 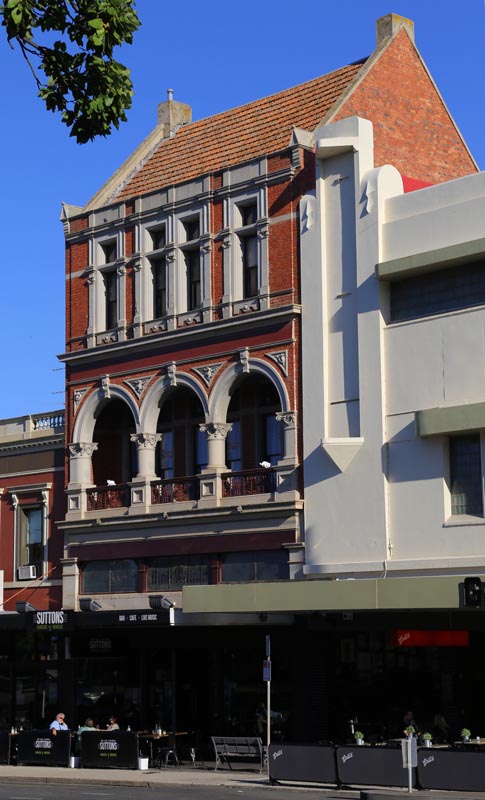 In 1891 this was Ballarat's tallest building, and housed Australia's first purpose-built music emporium. It's also the site of the world's first telephone network and Ballarat's first elevator. The street in front was also the scene of a near-riot when a man on a motorized trike rode into town, having made the first motorised journey from Melbourne to Ballarat.

Sutton's music emporium began when Richard Sutton sold musical instruments from a tent on Bakery Hill. After his untimely death in 1878 his wife Mary took on the business and with her shrewd business acumen moved from a one-storey business next door to this site and the building you see today.

Of her five children her son Henry was to become one of Australia's greatest inventors, developing and refining the technology for light bulbs, dynamos, telephones and handsets, carburettors, halftone photo printing, wireless radio, Australia's first locally made cars - and he proposed televising the 1885 Melbourne Cup to Ballarat, three years before the inventor of television, John Logie Baird, was born. Henry would plan, build and install Ballarat's first hydraulic elevator in this building when Mary's health failed and she was confined to the upper floors.

In 1897 Henry Sutton's chief engineer John Mennie rode a motorised trike modified by Henry from Melbourne to Ballarat, accompanied by a team of cyclists. It was the first long-distance motorised journey in Australia at the time. When he arrived thousands of people had gathered on the street to see such a contraption for the first time - so much so the police were concerned windows and storefronts would be pushed in by the crowds. With concerns for safety, Mennie rode the trike straight into Sutton's House of Music, before again taking to Sturt Street to satisfy the huge crowds demanding to see more.
Alexander Graham Bell paid a visit to Henry Sutton in this building in the early 20th century, garnering new ideas on how to design and build a telephone network from the system connecting Sutton's House of Music to its workshop on Main Road.
Sutton's opened stores across regional Victoria and expanded into the new craze for bicycles, and later evolved into the Brashs chain of music stores. The Sutton building was taken over by a gas company in 1971 until the early 2000s, when it was left empty for some years before finally being re-opened as a live music venue - briefly in 2011 and then officially as Sutton's House of Music - in 2014. 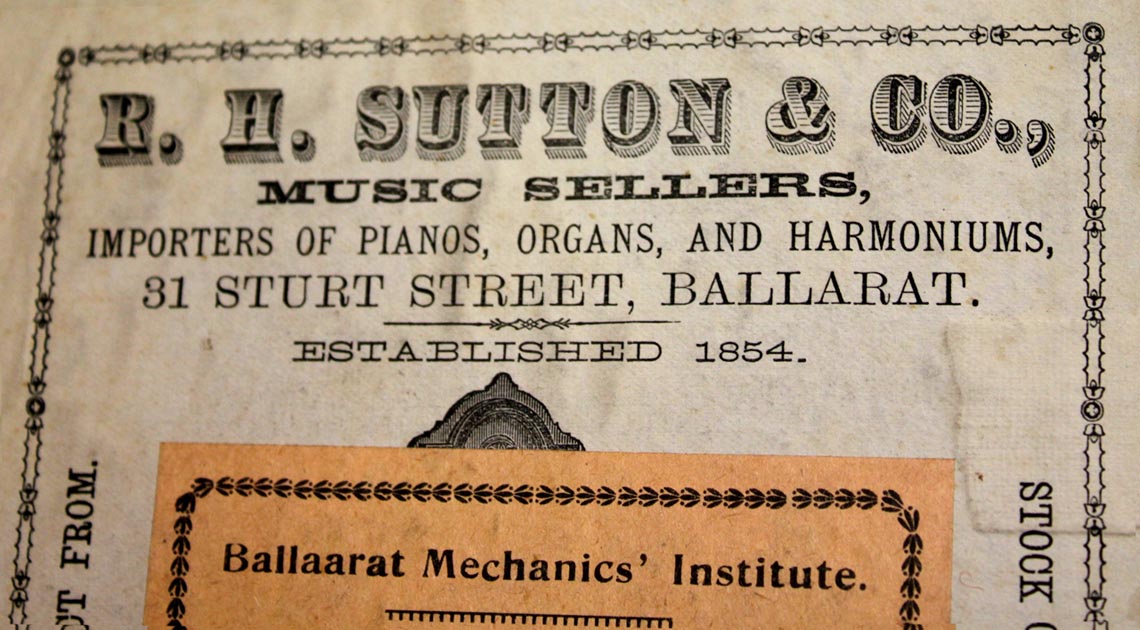 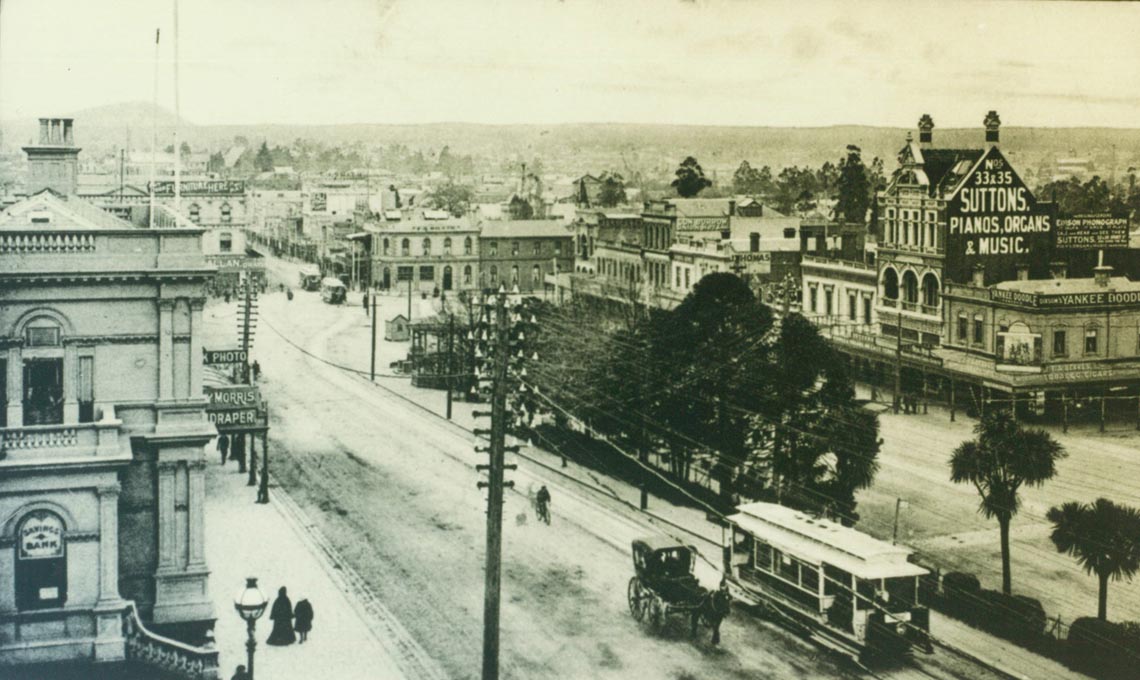 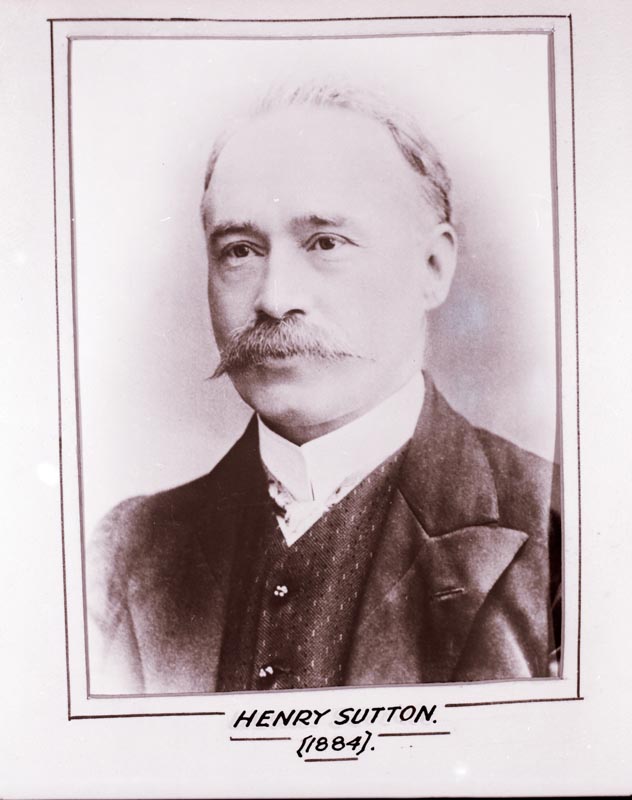 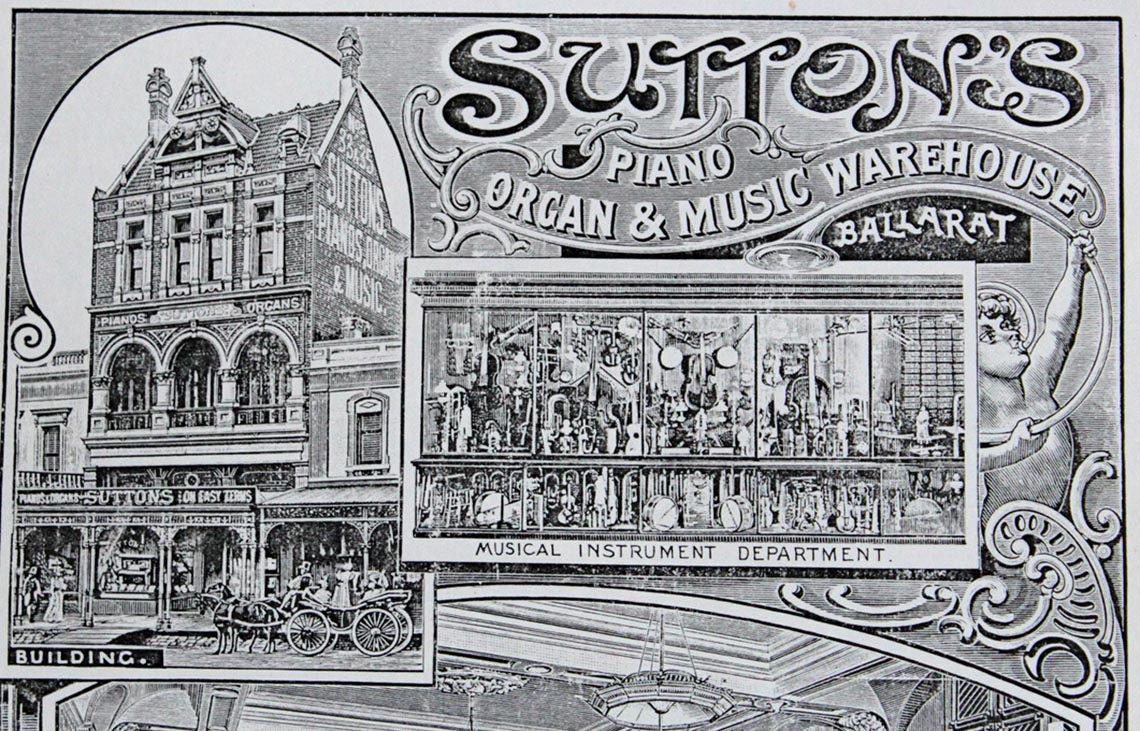 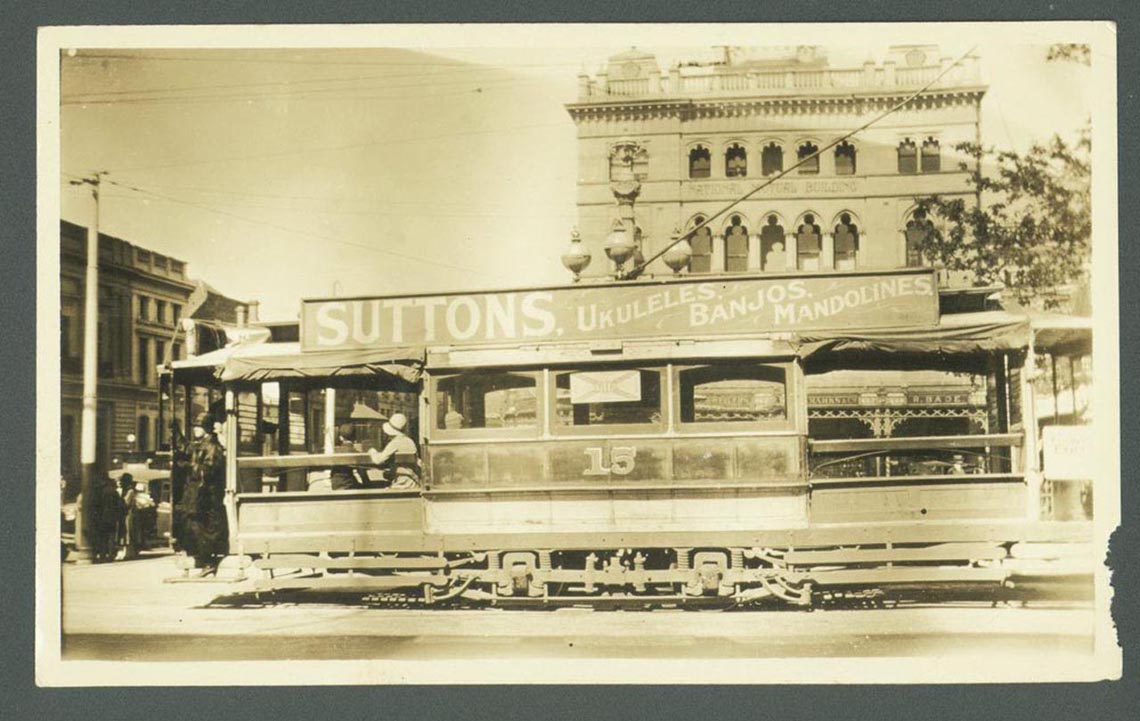 Tram with Suttons Advertisement at the corner of Sturt & Lydiard Sts 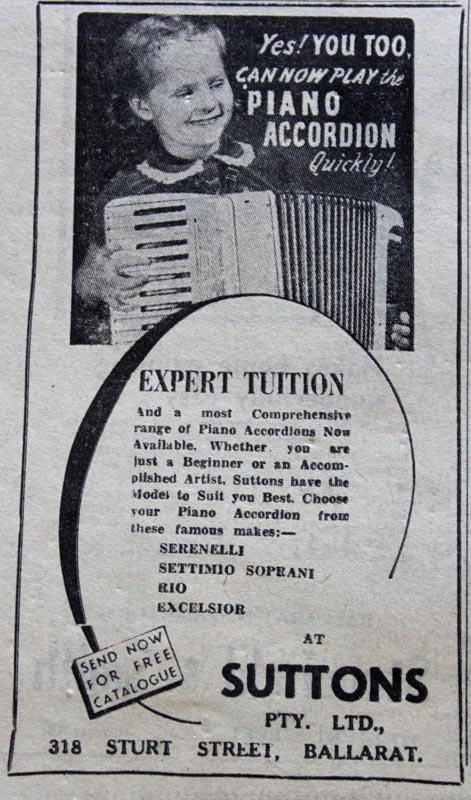