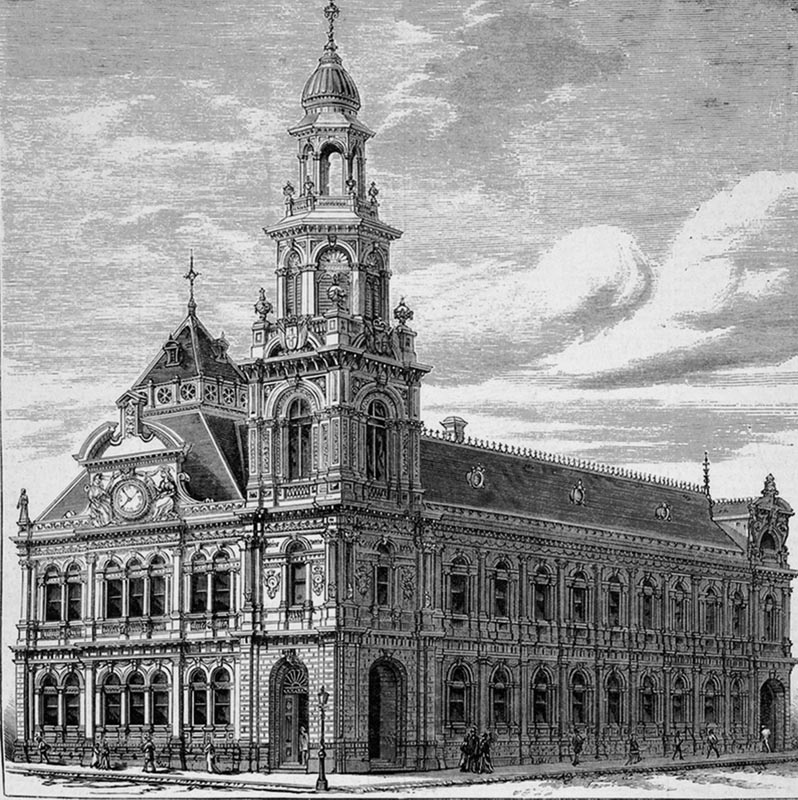 Instructions Drag the line left or right to reveal an early grand plan for this location.
Show More

It took almost 100 years of negotiation between Ballarat East and West councillors before one central library was established in Ballarat; in 1856 a free library was proposed, but it was 1944 when the site on this corner was finally established as Ballarat's official library.

Bickering between councillors of Ballarat East and Ballarat West Councils over which side of town the library should be located resulted in long delays for construction.

From 1901 until 1965 the Ballarat library operated in the floor above the Summerscales book shop, built on the site originally set aside for the library, with a remodelling of the front of the building from 1939-41.

In 1994 the library was closed and the new Central Highlands Regional Library constructed on Doveton Street, behind the Civic Hall and Market Square.

In front you can see one of the more modern statues of Sturt Street: Point to Sky by Akio Mikagawa, installed in 2001. It was the last ever commission for the legendary Japanese sculptor, who had worked in Australia since 1974, with major public works in most capital cities. He died before Point to the Sky could be constructed, leaving his wife Carlier to complete it.

His vision was of two seeds - one golden - to symbolise the mining heritage atop a structure indicating the struggle of civilisation the legacy of the Eureka Stockade. Local people in Ballarat chose to see two footballs atop a gleaming steel pillar - and took it to signify Ballarat's own Tony 'Plugger' Lockett, Australian football legend. 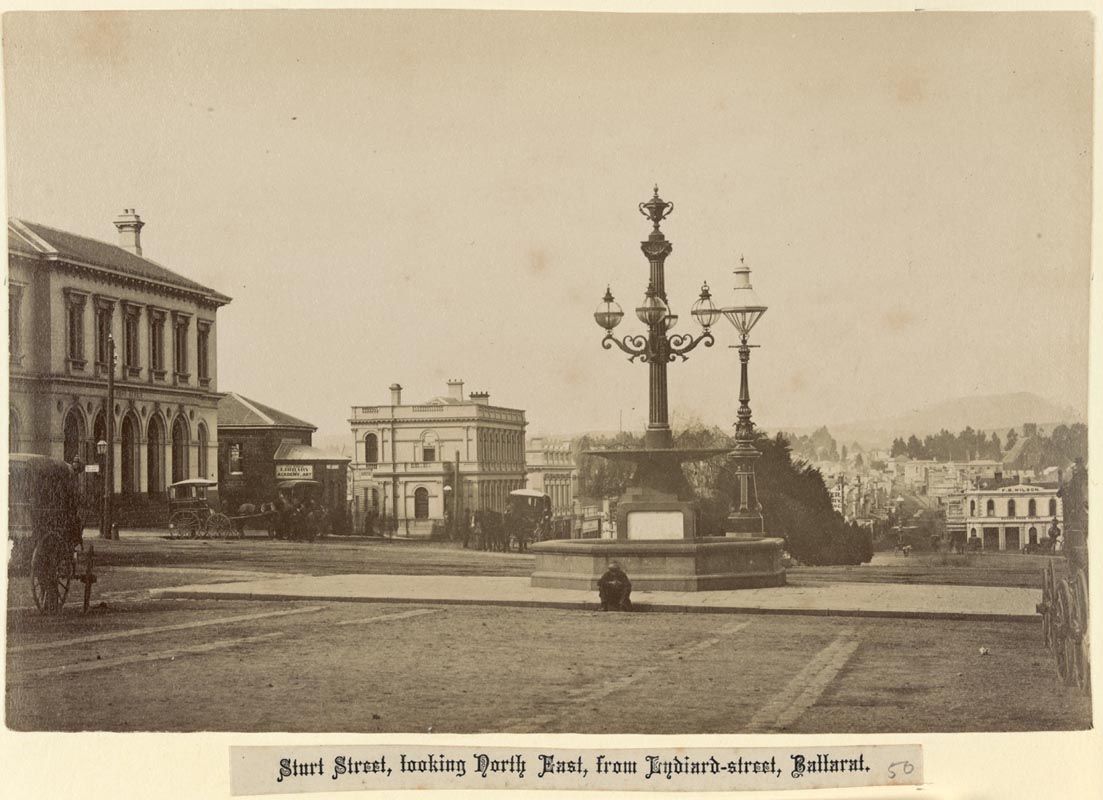 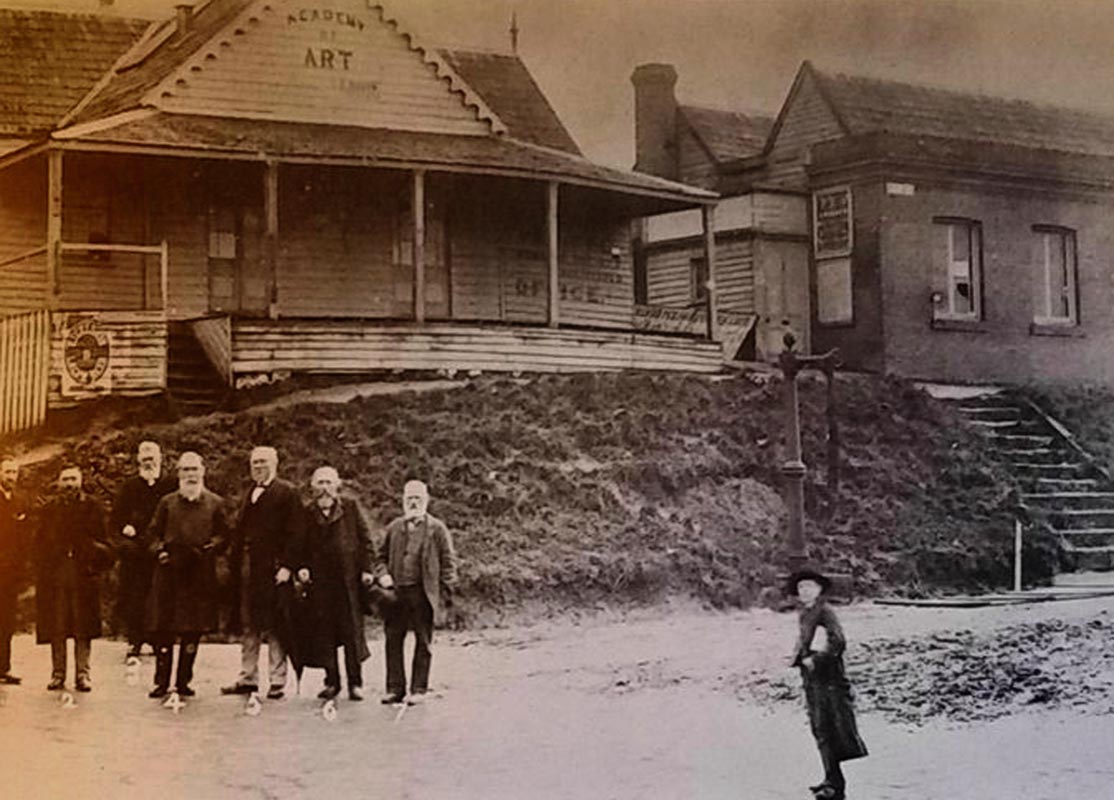 Early Library and Academy of Art 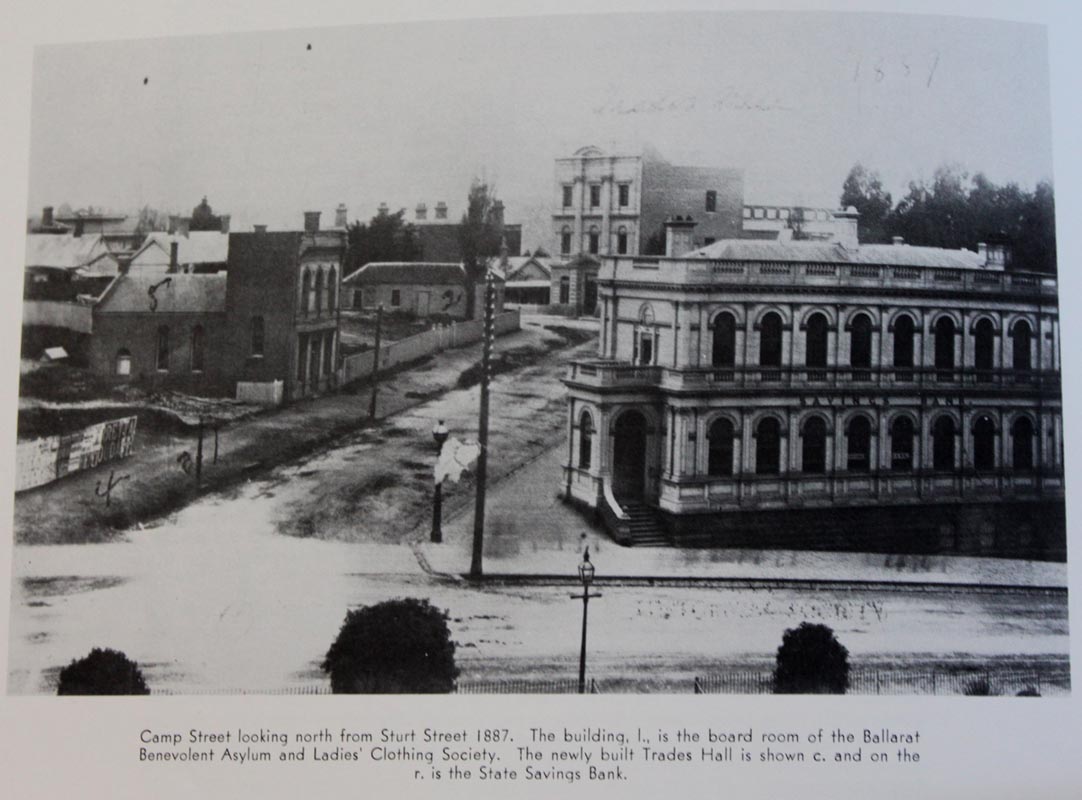 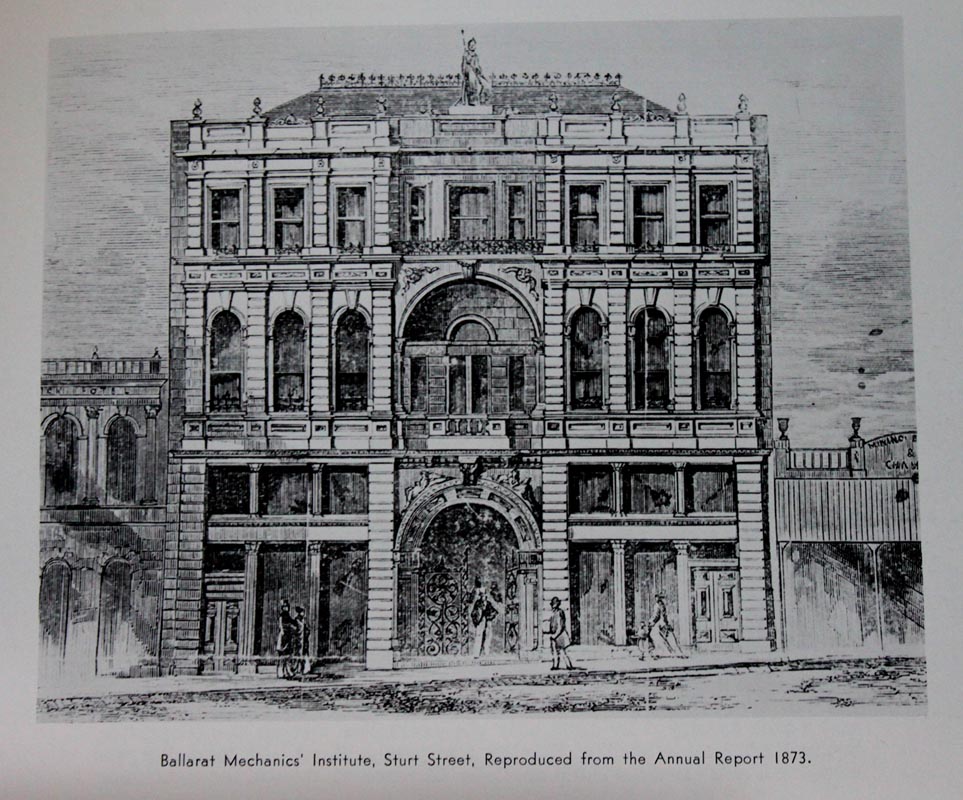 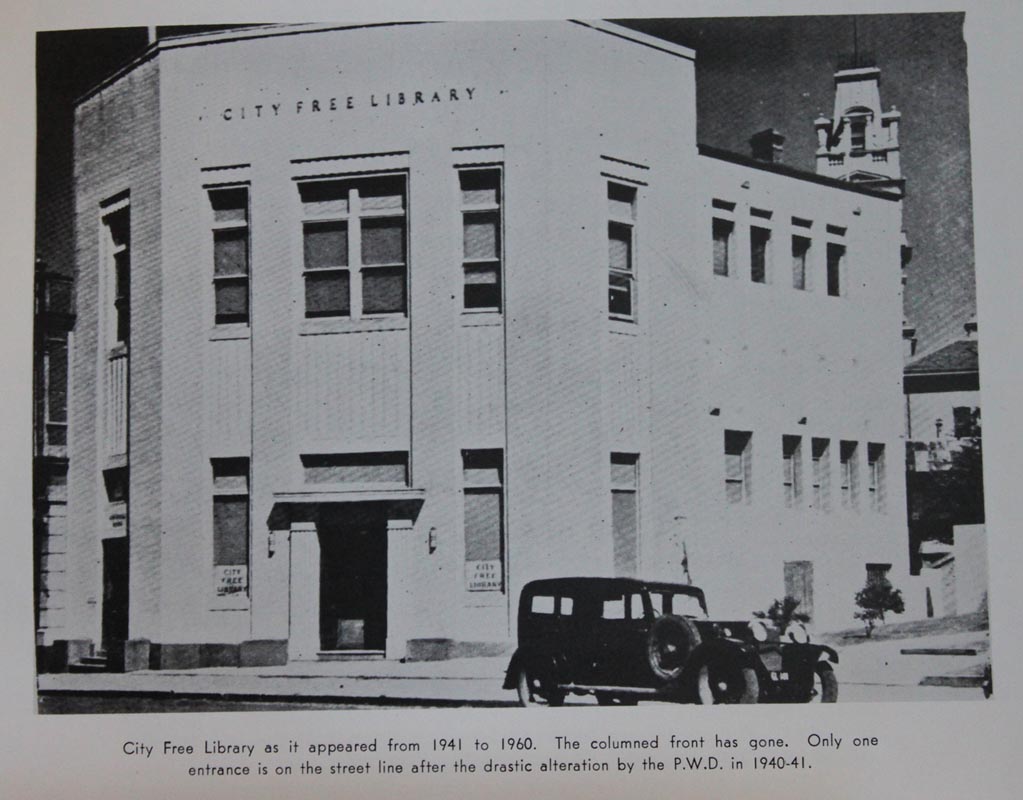 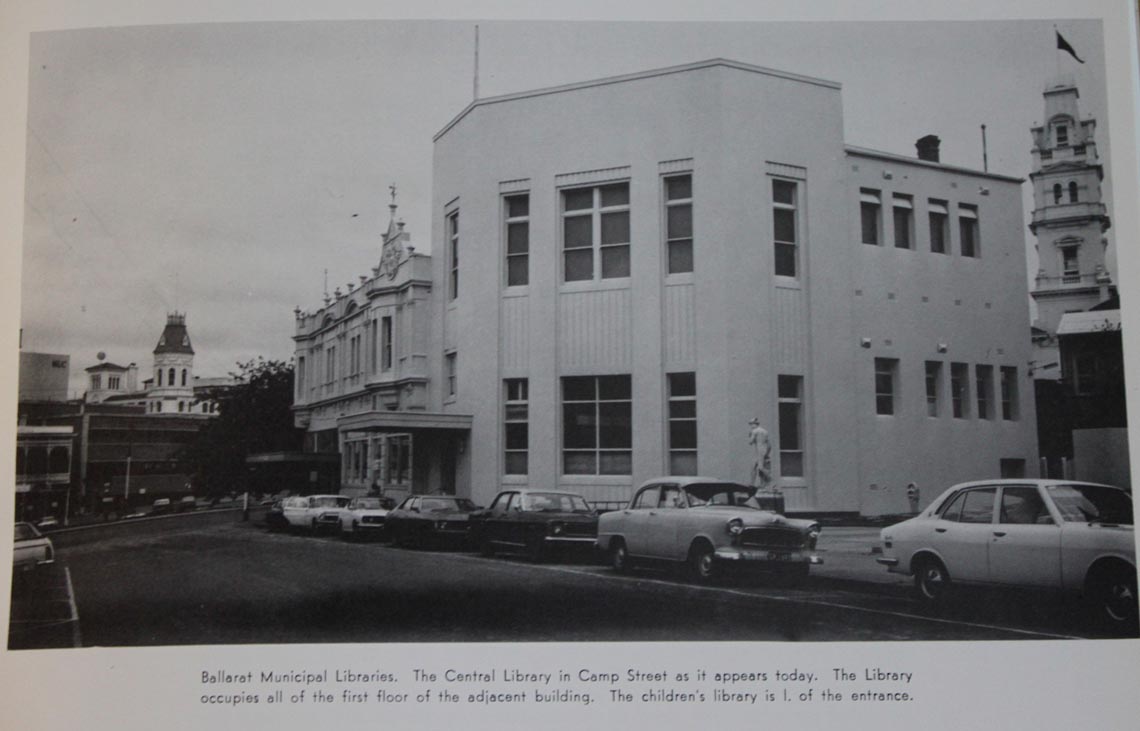